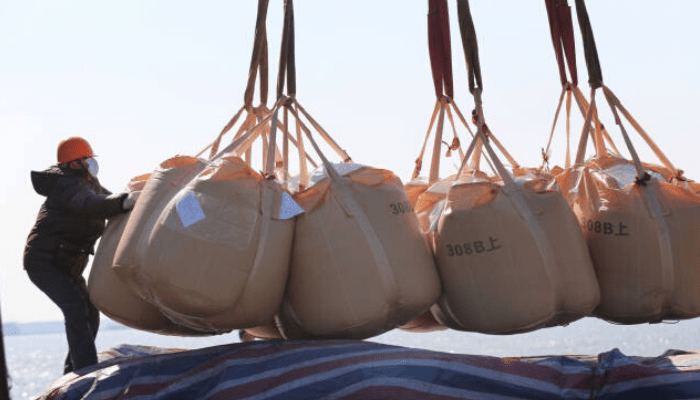 China has announced it will halve tariffs on some US imports as it moves to implement a “phase one” trade deal with the Trump administration and cushion the economic fallout from the coronavirus epidemic.

The move spurred a rally on global stock markets with Asian bourses rallying from deep losses on mounting concerns over the impact on China from the virus. European shares also gained ground while the US market opened higher.

The finance ministry said tariffs on some goods would be cut by half, from 5 per cent to 2.5 per cent or 10 per cent to 5 per cent, on February 14, the same day that last month’s agreement between the two countries is set to take effect. The reductions apply to punitive tariffs imposed on 1,717 US products by China in September.

Washington also plans to halve tariffs on some Chinese goods on February 14 from 15 per cent to 7.5 per cent, according to a notice to the Federal Register by the office of the US Trade Representative. The US tariffs were imposed in September as President Donald Trump threatened to impose punitive taxes on all Chinese imports.

The spokesperson added that timely implementation of the agreement would “boost market confidence, promote bilateral relations [with the US] and help global economic growth”.

According to the agreement, China will increase imports from the US by $200bn over two years compared with 2017 levels. Many economists considered this goal to be ambitious even before the coronavirus struck last month.

This week Larry Kudlow, Mr Trump’s top economic adviser, acknowledged that the purchases could be delayed because of the outbreak.

China’s CSI 300 index of Shanghai- and Shenzhen-listed stocks closed 1.9 per cent higher on Thursday, while Tokyo’s Topix finished the day up 2.1 per cent. The Hang Seng had its best day since September, rising 2.6 per cent.

The Stoxx 600, which tracks Europe’s largest companies, touched a new record high in early trading and was up 0.3 per cent by early afternoon. The index has risen 3.5 per cent this week and is on course for its best weekly performance since late 2016.

Julian Evans-Pritchard, senior China economist at Capital Economics, said the coronavirus may have played a role in Beijing’s decision to cut tariffs permanently, rather than grant waivers or use other temporary measures.

“I don’t see this as an attempt to boost growth directly,” he said. “I see it as a measure to signal to the US that, ‘We’re not going to be able to ramp up imports straight away but we’re still on board with the deal.’”
On Wednesday Chinese oil executives told the Financial Times that they expected domestic oil consumption to fall by at least 25 per cent this month compared with February 2019, when China was importing 13m barrels a day.

On Thursday, China’s National Health Commission said the death toll in the country from the coronavirus outbreak had exceeded 500, with more than 28,000 confirmed infections. The vast majority of deaths have been in the city of Wuhan and the surrounding province of Hubei, the centre of the outbreak.

China’s central bank this week pumped hundreds of billions of dollars into its financial system to support the economy.

“We hope to work with the United States towards the ultimate elimination of all the increased tariffs,” said China’s finance ministry spokesperson.

As part of the deal with the US, Beijing restated its commitment not to manipulate its currency. Following the announcement, on Thursday the onshore-traded renminbi was flat against the dollar at Rmb6.9719.

White men most likely to feel better off under Trump — poll