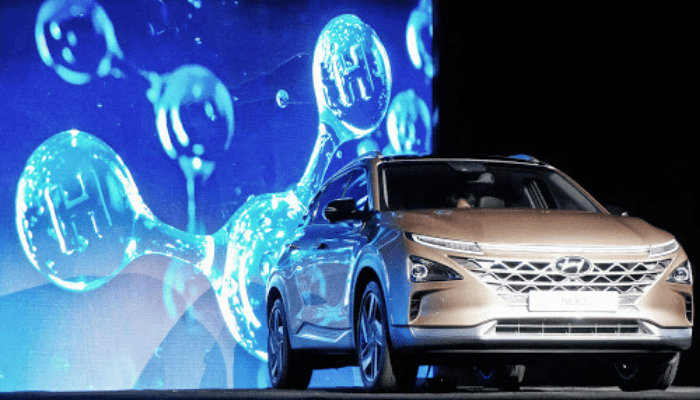 Hydrogen-linked stocks have raced to their strongest levels in more than a decade, as investors bet that efforts to cut emissions will make hydrogen a viable alternative to fossil fuels in vehicles.
For backers of this alternative fuel source, it has been a long wait for interest to rekindle since a brief flare-up more than 20 years ago. But for markets, the comparison also holds a cautionary lesson: how quickly excitement around a particular technology can dissipate.

The current wave of optimism has lifted the share price of London-listed Ceres Power — a maker of fuel cells, which turn hydrogen and oxygen into electricity — by 57 per cent so far this year, notwithstanding the fact that the company has yet to turn a profit. Peers Ballard Power, based in Canada, and US-headquartered Plug Power are up 300 per cent since the beginning of last year, despite also being lossmaking.
The big rally in the sector is a realisation that a move away from fossil fuels “is not just about batteries, you need fuel cells as well”, said Phil Caldwell, chief executive at Ceres. For believers, the rising share prices reflect an expectation that hydrogen will benefit from a big push to decarbonise the global economy — and as an input in the making of steel and cement.

New shareholders can point to another category of investor: some of the largest industrial companies, including Bosch and Cummins, that have poured about $1bn into fuel cell companies over the past few years. China’s largest diesel engine maker Weichai Power owns a stake in Ceres and Ballard.
“The long-term benefits of hydrogen are compelling and we see a lot of commercialisation of new products,” said Claes Orn, chairman at Thematica, a Luxembourg-based fund which invests in the sector. “When we talk about the environment and you see all the media discussions everywhere, it’s really a hot scene.”
For some investors, this exuberance has a strong feel of the late 1990s. Back then, interest in hydrogen companies spiked after big carmakers started to invest in fuel-cell technology. This powered Ballard’s share price to a record high of C$165.05 in September 2000, before plunging below C$15 two years later after consumer demand failed to materialise.

“Hydrogen is getting a lot of attention at the moment. I think it’s very similar to previous hype cycles,” said Gniewomir Flis, an analyst at Aurora Energy Research.
Analysts at Panmure Gordon said it was “prudent to pause for a much-needed breath” after the run-up in share prices. The sector trades at a multiple of 22 times enterprise value to this year’s expected annual sales, the brokerage said. That compares with a ratio of two across the FTSE All-World stock index.
The high valuations have been driven by a wave of investment funds focused on environmental, social and governance factors, said Craig Irwin, an analyst at Roth Capital. “It’s part of a secular rally in sustainability which I expect to be a multiyear bull run,” he said.

The concern for investors is the same as the last time around: whether the excitement is justified.
Most hydrogen is produced from fossil fuels such as natural gas. One of the big challenges, analysts say, is that production from renewable sources of energy and from electrolysis of water is a long way from being cost-competitive.
Mr Flis said the current cost of producing “green hydrogen” via electrolysis was about $3.50 a kilogramme, but it needed to drop to $2 to compete with generation using fossil fuels. That could take a decade, he added.

The Hydrogen Council, an industry-backed body, said that about $70bn in investment was needed by 2030 in order for hydrogen to catch up with other low-carbon alternatives. That would require a big increase in the capacity of electrolysers; investment in refuelling and distribution networks; and upgrades to gas pipelines.
Max Slee, a fund manager at Tortoise Advisors in London, said another way to gain exposure to the investment theme was to buy into renewable power producers, which will benefit from the vast demand for zero-carbon power needed to produce green hydrogen in Europe.

Still, Mr Caldwell is hopeful that China — as well as Korea and Japan, which plan to put millions of hydrogen-powered vehicles on the road — will help make the gas competitive more rapidly than people think. He gives the example of lithium-ion electric batteries, where mass production in Asia helped costs to fall by more than 80 per cent per kilowatt-hour since 2010.
“Those same economies that embraced batteries are now embracing fuel cells as the next big technology they need,” said Mr Caldwell.
Ceres’s solid oxide fuel cells are already in use as a range extender on natural gas-fuelled buses in China owned by Weichai, which makes about 600,000 diesel engines a year. “This time it’s sustainable,” Mr Caldwell added. “Twenty years ago it got ahead of itself, but now there is a strong market need.”

The ventilator challenge will test ingenuity to the limit

Officials warn Africa is at ‘break the glass’ moment

Brent crude falls below $22 Per per barrel, lowest in 18 years

The ventilator challenge will test ingenuity to the limit

Officials warn Africa is at ‘break the glass’ moment