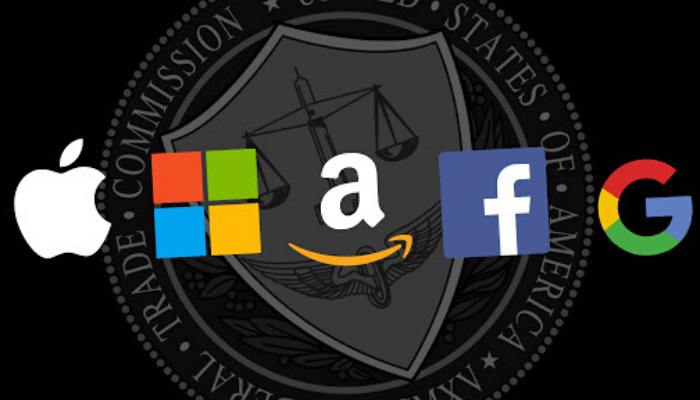 When Microsoft bought task management app Wunderlist and mobile calendar Sunrise in 2015, it picked up two newcomers that were attracting considerable buzz in Silicon Valley. Microsoft’s own Office dominates the market for “productivity” software, but the start-ups represented a new wave of technology designed from the ground up for the smartphone world.

Both apps, however, were later scrapped, after Microsoft said it had used their best features in its own products. Their teams of engineers stayed on, making them two of the many “acqui-hires” that the biggest companies have used to feed their insatiable hunger for tech talent.
To Microsoft’s critics, the fates of Wunderlist and Sunrise are examples of a remorseless drive by Big Tech to chew up any innovative companies that lie in their path. “They bought the seedlings and closed them down,” complained Paul Arnold, a partner at San Francisco-based Switch Ventures, putting paid to businesses that might one day turn into competitors. Microsoft declined to comment.

Like other start-up investors, Mr Arnold’s own business often depends on selling start-ups to larger tech companies, though he admits to mixed feelings about the result: “I think these things are good for me, if I put my selfish hat on. But are they good for the American economy? I don’t know.”
The US Federal Trade Commission says it wants to find the answer to that question. This week, it asked the five most valuable US tech companies for information about their many small acquisitions over the past decade. Although only a research project at this stage, the request has raised the prospect of regulators wading into early-stage tech markets that until now have been beyond their reach.
‘Kill zones’

Given their combined market value of more than $5.5tn, rifling through such small deals — many of them much less prominent than Wunderlist and Sunrise — might seem beside the point. Between them, the five companies (Apple, Microsoft, Google, Amazon and Facebook) have spent an average of only $3.4bn a year on sub-$1bn acquisitions over the past five years — a drop in the ocean compared with their massive financial reserves, and the more than $130bn of venture capital that was invested in the US last year.
However, critics say that the big companies use such deals to buy their most threatening potential competitors before their businesses have a chance to gain momentum, in some cases as part of a “buy and kill” tactic to simply close them down.

The phenomenon is not new. Ram Shriram, an early investor in both Google and Amazon, said that the tactic had played a part in the deals that shaped the database software market in the 1980s. However, speaking at a Department of Justice workshop at Stanford University this week, he claimed that such tactics were not used by big tech companies today.

Others dispute that view. Mark Lemley, a professor at Stanford Law School, called it “patently false”, based on the recent pattern of acquisitions. “We see Google and Facebook buying up hundreds of businesses and very often shutting them down,” he said.

While the five biggest companies have come under the FTC’s microscope, companies in all corners of the tech market frequently buy up their most innovative potential competitors at an early stage. Five years ago, for instance, Salesforce raised eyebrows when it paid $390m for RelateIQ, a start-up whose technology was seen as leapfrogging Salesforce itself.

According to Susan Woodward, an economist at Sand Hill Econometrics, Cisco has been the most active buyer of all. Referring to the criticism that companies use such tactics to clear competition out of their core markets, she said: “Are there ‘kill zones’ around Cisco too? There’s a lot to study here.”

Chuck Robbins, the networking company’s chief executive, flatly denied the suggestion. He pointed to rivals that have built large businesses in Cisco’s shadow, including Juniper and Arista, and added: “We’ve never had a strategy to buy companies just to quell competition.”

Even if big tech companies use their buying power to take out competitors, it has not ended their symbiosis with venture capital investors. Last year saw record levels of start-up financing in the US and Europe, said Ms Woodward. “It tells you that the aggregate level of venture capital is not collapsing because of the ‘kill zones’.”

Spotting the next big thing
How the FTC will try to use the information it collects on small tech acquisitions to boost competition is unclear. The regulators will not be able to unwind past deals, according to start-up investors, because businesses like these are quickly absorbed into a company’s operations, even when they are not shut down.

Another possibility is that the agency will use what it learns to intervene more actively in future deals. “For dominant players, you could start with a higher standard,” said Prof Lemley, putting more onus on big companies to prove they are not acting in an anti-competitive way when mopping up smaller rivals.
Such intervention is not welcomed by investors.

“It could slow down M&A both in number of deals and the speed of a deal,” said Matt McIlwain, a partner at Seattle-based Madrona Venture Group. Given the high risks in buying start-ups, he added, big companies performed an important function in taking “the risk to buy, invest in, integrate and hopefully make successful someday smaller companies”.

Christine Tsai, head of 500 Startups, a seed-stage investor, added that start-up founders had many good reasons for selling to a larger company, from a “fire sale” of businesses that are foundering, to finding ways to accelerate the growth of their businesses.

Others, meanwhile, object that regulators in Washington are ill-equipped to make judgments about early-stage technology. It would require them to become even more adept than venture capitalists at spotting the next big thing, said Joe Grundfest, a former commissioner at the Securities and Exchange Commission and professor at Stanford Law School.

“The probability that the federal government can do that accurately when we in Silicon Valley can’t, is close to zero,” he said.