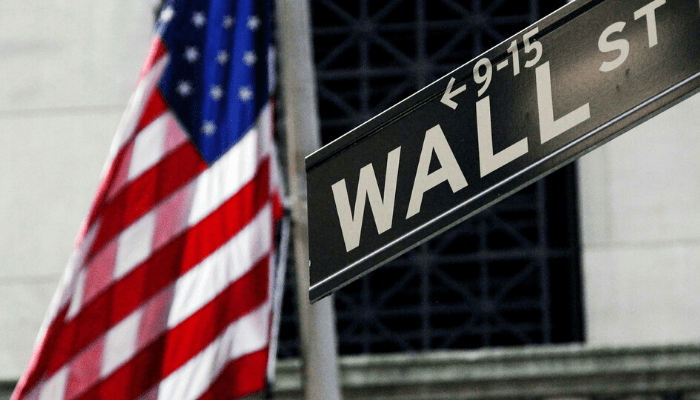 The rally in US stocks lost steam in late afternoon trading on Monday, relinquishing earlier gains despite signs that the spread of coronavirus was decelerating.

The S&P 500 closed down 0.2 per cent, erasing a rally of more 3 per cent earlier in the day, while the Dow Jones Industrial Average and tech-heavy Nasdaq Composite fell by a similar amount.

It was a shift from the more bullish sentiment seen on Monday when the S&P 500 climbed 7 per cent for its best day in a fortnight.

Investors have been encouraged by signs that sweeping restrictions on movement in the US and Europe have proven effective in slowing the spread of coronavirus, but there is little clarity yet on how quickly those restrictions can be lifted and fears remain about the economic impact of the pandemic.

“People are seizing on the fact that not only do you have infections seemingly peaking in the likes of Italy and Spain, but you have lockdown restrictions being relaxed in places, and in the US, the number of deaths is coming in below expectations,” said Rupert Thompson, chief investment officer at Kingswood, a wealth manager. “At the moment it is good news, but we are very far away from clear blue skies.”

New case numbers in Italy, Spain, Austria and Germany — on the basis of seven-day rolling averages — have all begun to decline. Austria is set to be the first European country to relax strict quarantine measures with the opening of some shops next week.

Analysts at Pantheon Economics expect daily infection numbers to peak in the US and the UK this week. “The underlying trend very clearly is downwards, as it should be some three weeks after California was the first state to issue a shelter-in-place order,” said Ian Shepherdson, chief economist at Pantheon.

Before the rally broke down in late trading in the US, Europe’s Stoxx 600 had ended the day 1.9 per cent higher and Asian stocks had also climbed for a second day. Hong Kong’s Hang Seng closed up 2.2 per cent.

Some investors had been sceptical the gains could last.

“This is a typical monster bear market rally, except it’s taken two weeks rather than three months,” said Luca Paolini, chief strategist at Pictet Asset Management. “Markets are reading too much into the daily infection rates. For this rally to be sustained we need more evidence of a Covid peak, and a peak in US jobless claims.”

There are also concerns that more will be needed on the relief front from US policymakers to ensure the worst of the economic damage from the coronavirus outbreak can be avoided.

“The stimulus was necessary but insufficient,” said Jack Janasiewicz, portfolio manager at Natixis Investment Managers. “Congress gets the fact that they need to do more.”

Investors eschewed government bonds as well on Tuesday, sending the yield on the US 10-year government bond higher by roughly 0.05 percentage points to 0.72 per cent. Yields fall as prices rise.

Oil prices slipped, following Monday’s rally on hopes that Saudi Arabia and Russia would reach a deal that would reduce crude output and underpin sliding prices.

G20 oil ministers are due to meet on Friday, the first time the group has convened to deal specifically with energy issues, fuelling optimism an agreement can be hammered out to cut output as global oil demand wanes.
Brent crude, the international oil benchmark, was down over 1 per cent to trade at $32.52 a barrel.

Tracking coronavirus: big data and the challenge to privacy