Construction sites, factories and public transport are busy but business is still struggling 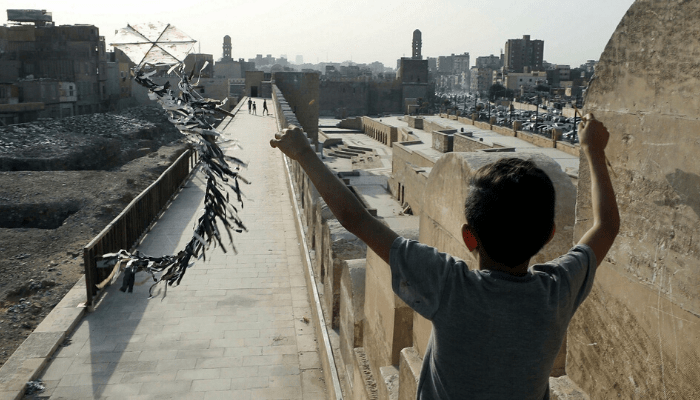 Anxious to protect a fragile economy, Egypt has imposed looser coronavirus restrictions than other countries but the pandemic is still exacting a heavy economic toll.

The streets of Cairo are choked with traffic, workers fill construction sites and millions travel on the underground to work. Yet even with only partial restrictions and most companies still operating, commercial activity in the Arab world’s most populous country has slowed and vital sectors such as tourism have come to a complete halt.

“The hit has been 100 per cent,” said Mounir Wissa, who owns two Nile cruise boats and rents a third. He had lost two months of the cruising season, he said, and there was no certainty when tourists would return. International flights have been suspended since March.

Mosques, churches, cafés and restaurants are closed but shops are allowed to stay open until 5pm, and factories are still running. A nightly curfew was eased last month by an extra hour to 9pm ahead of Ramadan, although vehicles transporting factory workers are allowed to travel after the curfew.

A clear sign of business contracting has been the hundreds of blank advertising billboards that loom over Cairo’s main avenues and flyovers.

The damage is also reflected in the drop of television advertising demand during Ramadan, which is traditionally a peak viewing season. Mohamed Khalifa, head of the Creative Lab Group advertising agency, said business was down 50 per cent from the same period last year. “Many clients are not sure what will happen,” he said. “Some projects are in the pipeline, but clients want to wait until towards the end of Ramadan to decide if they will run them.”
Raouf Ghabbour, chief executive of GB Auto, which accounted for a fifth of the passenger car market in Egypt last year, said sales had been damaged by the restricted shopping hours and by the shuttering of the government traffic department for six weeks.

“Showrooms are required to close by 5pm but the car market in Egypt usually operates in the evening,” Mr Ghabbour said. “Also, people don’t buy cars if they can’t license them.” His April sales were more than 40 per cent lower than in February, before the pandemic struck. Vehicle licensing resumed this month following complaints from car manufacturers.

To combat the economic crisis, the government plans to ease restrictions by allowing hotels to reopen for domestic tourists — although there will be extra measures in place to prevent the virus spreading between guests.
But some Egyptians fear that relaxing restrictions while the case numbers are still rising could overburden the health service. Others, such as Mona Mina, a former official at Egypt’s doctor’s union, have called for a more restrictive lockdown for the next two weeks.

Egypt had recorded almost 12,000 coronavirus cases and more than 600 deaths by Saturday, a low number by global standards given its population of more than 100m. But the country has conducted only about 111,000 polymerise chain reaction (PCR) tests.

The government has urged business owners to retain their workers and made it a condition to receive state aid. To cushion the blow, Cairo has enacted support measures including postponing taxes, paying some salaries in the tourism sector and extending low interest loans. Mr Ghabbour said he did not plan to lay off workers, but would furlough some staff and freeze capital expenditure and new hiring.

To shore up its finances, the government has returned to the IMF, just months after it completed a three-year programme under a $12bn loan agreement. This time it has received $2.8bn of emergency funding and is seeking a new loan under a one-year standby agreement, reportedly for as much as $5bn, according to local press reports.
Seeking out the IMF before the needs became too acute was a positive step, Mohamed Abou Basha, head of macroeconomic analysis EFG-Hermes, the regional investment bank, wrote in a research note. Egypt faces an estimated funding gap of up to $12bn over the next 12-18 months, but had the buffers “to handle the shock”, he said.

Still unquantified is the impact on Egypt’s millions of day-labourers and tradespeople who live hand to mouth and have no savings. The government is giving 2m registered day-labourers the equivalent of $32 per month, for three months. Charities report soaring demand for food boxes from people who have lost livelihoods.

Ahmed Gaber, a technician who installs satellite receivers in a poor district of Cairo, said demand for his services had evaporated. “People are not buying television sets because they have other priorities now,” said the father of four. “I’m not used to borrowing and I’m not the sort of person who will line up in front of a mosque to receive charity. I don’t know what will happen next.”