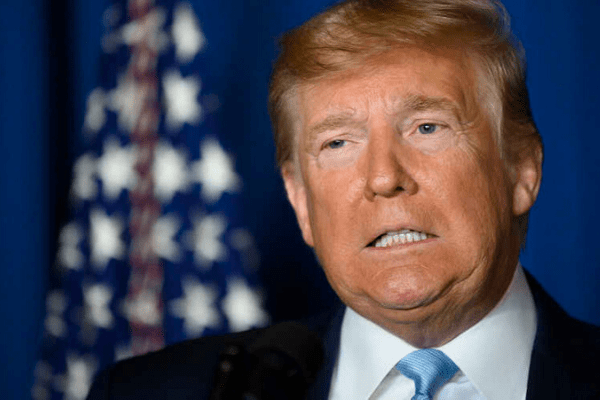 Donald Trump has warned Iran the US had identified 52 targets that it would “hit very fast and very hard” if Tehran retaliated over the assassination of its top military commander, Qassem Soleimani.

“We have . . . targeted 52 Iranian sites (representing the 52 American hostages taken by Iran many years ago), some at a very high level & important to Iran & the Iranian culture, and those targets, and Iran itself, WILL BE HIT VERY FAST AND VERY HARD. The USA wants no more threats!”, the US president said in a tweet on Saturday night.

Mohammad Javad Zarif, Iran’s foreign minister, responded to Mr Trump on Twitter on Sunday, saying a red line had been crossed: “Those masquerading as diplomats and those who shamelessly sat to identify Iranian cultural & civilian targets should not even bother to open a law dictionary. Jus cogens refers to peremptory norms of international law, i.e. international red lines. That is, a big(ly) ‘no-no’.”

He also said the US attack that killed Soleimani on Friday was a grave breach of international law and that threats to target cultural sites of Iran would be a war crime if carried out. “Whether kicking or screaming, end of US malign presence in West Asia has begun,” he said.

Mike Pompeo, US secretary of state, came to Mr Trump’s defence in an interview on Sunday, denying that the president’s threat to attack Iranian cultural sites would constitute war crimes under the Geneva Convention.

“We’ll behave inside the system. We always have, and we always will,” Mr Pompeo told ABC News’ This Week on Sunday. “Every target that we strike will be a lawful target.”

The heated rhetoric exchanged between Tehran and Washington came as hundreds of thousands of mourners gathered in Iran to pay tribute to Soleimani, whose death Tehran has vowed to avenge.

Iran’s president, Hassan Rouhani, on Saturday drew parallels between the killing of Soleimani, who controlled Tehran’s extensive influence across the Middle East from Lebanon to Iraq, Syria and Yemen through the Revolutionary Guard’s Quds Force, and the US-engineered coup that reinstated the Shah in 1953. He promised “tough revenge” and warned that Iran’s response would be long and drawn out.

Major General Hossein Salami, the leader of Iran’s Revolutionary Guard, said that the country would adopt “strategic revenge” to “put an end to the US presence in the region”.

The assassination of Soleimani in a US drone strike on Friday helped to “create a new energy over an expansive geography” by which various Islamic groups would “act spontaneously . . . and determined to take revenge . . . over time and with lasting impacts”, he said.

The Trump administration insists it killed Soleimani to thwart imminent threats to US personnel in the region and has worked hard to convince allies that it does not want to start a war.

The stand-off between Washington and Tehran was triggered by Mr Trump’s decision to withdraw the US from the nuclear accord with Tehran in 2018 and impose crippling sanctions on the Islamic republic.

The European signatories — the EU, France, UK and Germany — have sought to keep the agreement alive, but Tehran has increased its nuclear activity and is due to announce its next step this week.

Josep Borrell, the EU’s top diplomat, spoke to Mr Zarif, Iran’s foreign minister, over the weekend and called for de-escalation and continued efforts to save the 2015 nuclear agreement Tehran signed with world powers.

Mr Borrell “expressed his deep concern about the latest increase of violent confrontations in Iraq, including the killing” of Soleimani, the EU said on Sunday.

Officials throughout the region fear a significant escalation in violence. The decision to take out Soleimani has also drawn criticism from Democrats as Mr Trump pursues re-election in November.

Democratic lawmakers have also claimed the Trump administration has submitted no evidence to Congress to support its claims of an imminent threat from Soleimani.

Mr Pompeo insisted there was “no scepticism” among the senior leaders who had access to all of the intelligence that action was necessary, however. National security adviser Robert O’Brien told Fox News over the weekend there was “very solid intelligence” of an imminent attack.

Mr Trump has ordered as many as 3,500 extra troops to the region since a US contractor was killed in a rocket attack in Iraq that Washington blamed on Iran.
On Saturday, militants fired rockets at an Iraqi base housing US personnel and into an area close to the US embassy in Baghdad.

Iraqi security forces said a number of rockets had fallen on a parade ground in Baghdad’s Green Zone, the fortified home to the US embassy and offices of many Iraqi officials, and at Balad airbase in the Salahuddin province north of the capital, where US troops were stationed.

The attack came hours after thousands of people took to the streets of Baghdad in a separate funeral procession for Soleimani and Abu Mahdi al-Muhandis, one of Iraq’s most powerful Shia paramilitary chiefs and the commander of Kata’ib Hizbollah, who was also killed in the airstrike.

Kata’ib Hizbollah’s provocation, and the flurry of rockets, come as lawmakers prepare for an emergency parliamentary session, with deputy Speaker Hassan al-Kaabi calling for a decision on the future of US troops in Iraq.

Al-Shabaab fighters attack Kenya base used by US military

Ayala wins over Duterte with rapid response to Covid-19