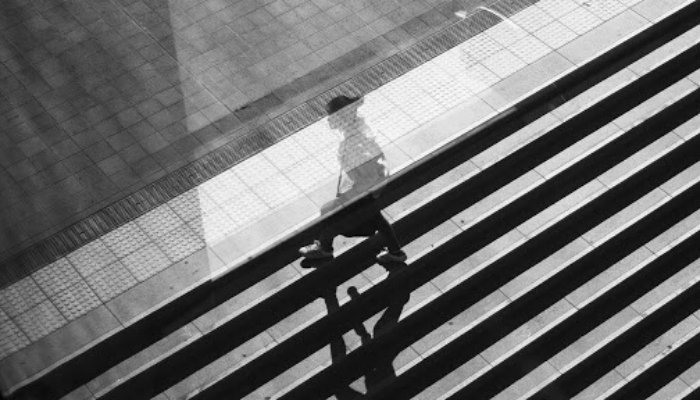 Nearly seven centuries after the heads of medieval European universities from Oxford to Padua were forced to close their institutions during the Black Death and oversee a drop in the quantity and quality of scholarship that lasted for decades, their successors hope that any potential parallels with the coronavirus crisis will be limited.

For now, academics at hundreds of higher education institutions across the world are focused on responding to the short-term disruption caused by the pandemic in maintaining staff and student welfare, shutting down campuses and adapting to teaching and exams conducted online.

But many fear a broader upheaval, restructuring and even closures — something that critics have long anticipated. The economic and social impact of the pandemic are accelerating changes to admissions, income and working practices which are set to transform the shape of higher education in all aspects — from how it is funded to how lessons are taught.

“Even before we were confronted by coronavirus, higher education was under notable pressures calling for decisions with far reaching impacts,” says Vincent Price, president of Duke University in the US. “There will be institutions that were already struggling which will find it a burden too heavy to bear.”
Sankey chart showing student inflows to US, UK and Australia in 2017

The large market-oriented university systems in the US, UK, Australia and Canada are particularly vulnerable, as they have raised tuition fees and borrowed heavily to invest in things such as sporting facilities and accommodation to attract and house students. That has been underwritten by a belief in continued growth in the number of international students — currently more than 5m worldwide — who typically pay higher fees than their domestic counterparts.

So dependent has the UK sector become on the overseas market that Universities UK, the body that represents British higher education, has warned of a potential drop in income in the coming academic year of £7bn — a third of all tuition fees — from international students. It also called for £2bn in extra government support for research.

Universities Australia estimates its members will lose up to A$4.6bn in revenues this year — about 14 per cent of the total. “This will put at risk 21,000 jobs in the next six months, and more after that,” says Catriona Jackson, its chief executive. “Individual universities are already cutting costs across the board with very substantial reductions in operational spending, deferral of vital capital works, and reductions in senior staff salaries. However, this will be nowhere near enough.”

The country’s opposition Labor party has called for government emergency funding. “Australia cannot afford to let our universities fall off a cliff,” says Tanya Plibersek, its education spokeswoman. “If the federal government fails to act now, some universities could collapse, which would see vital research cut, thousands of jobs lost and leave students hanging in the middle of degrees.”

Although universities are already bracing themselves for a substantial drop in tuition fees — by far the largest share of most institutions’ revenue — from international students, the full scale remains unclear. In recent years, a growing middle class in emerging markets, especially China, has led to a surge in admissions. Almost 1m Chinese students are now studying outside the country.

This year, those numbers are expected to fall sharply. Many students have not returned to their colleges since Chinese new year in January. Even as travel restrictions start to lift in the coming months, there are knock-on effects from delays to the local exams and English language tests required for studying abroad, the cancellation of marketing events and delays in visa processing.

“Some universities took on way too much risk in terms of exposing themselves to the Chinese market,” says Martin Parkinson, chancellor of Macquarie University and formerly Australia’s top civil servant. “You might find that the growth in foreign students slows markedly because no one actually wants to leave home. At the end of this process universities are going to have to go through a shake-up of their business models.”

In the medium term, demand is set to be hit further by lingering health concerns and the inability of families to pay fees during the economic downturn. A recent survey of 11,000 students by QS, the educational rankings agency, suggested that nearly half of the students who were intending to study abroad now plan to defer. A further fifth said they would switch their planned destination or abandon their plans to go abroad.

Simon Marginson, professor of higher education at Oxford university, argues that the leading English-speaking host countries for foreign students — Australia, the UK and the US — introduced relatively late and low-key controls in response to coronavirus. That may damp Chinese interest at a time when Asian countries such as South Korea and Singapore are investing, strengthening their reputation and appealing to students across the region.

He argues that there will be a shift from a sellers’ to a buyers’ market, with Chinese students less willing to travel and the downturn affecting the capacity to pay in other emerging nations such as India and Nigeria that make up much of the remaining demand.

“It’s going to be chaos,” Prof Marginson says. “The Chinese won’t want to come and the Indians won’t be able to come.”

The trend will be compounded by domestic demographic pressures. In both the US and the UK, the number of people in their late teenage years preparing to enter university is currently in decline. For those in lower income families fresh economic hardship could potentially reverse recent progress in improving access to higher education.
Line chart showing the change in numbers of foreign students in the UK between 2008-09 and 2018-19

Income from other sources is also under threat. Many UK universities are facing demands for fee reductions from students frustrated at the loss of face-to-face teaching since the outbreak of the pandemic. They are losing revenue from accommodation, conferences and training programmes, as well as investment income for those few with endowments.

“Public universities are at greater risk of lower funding from the government than their international peers, with state funding accounting for approximately 25 per cent of revenues,” it said. “Pressures may lead to cuts in university funding as states direct resources towards more essential services, such as healthcare.”

Rebecca Winthrop, from the Brookings Institution think-tank in the US, says: “If this doesn’t cause a shake-up [in education], I’m not sure what will. I don’t know if it will be a temporary bump, but 2020 will have a big impact. There is a huge question about what the [US] federal government will do to prop up higher education.”

Alongside tuition, the funding squeeze is affecting higher education’s other core function: research, the reputation of which is central to the international rankings which in turn help attract students and academics alike. With both domestic student tuition fees and research funding below many institutions’ operating costs, international student fees have provided a cross-subsidy that is now under threat.

Alice Gast, president of Imperial College London, which has been on the forefront of modelling the effects of the virus, says governments need to stop relying on other income such as international student fees to underwrite the full costs of important academic work.

“We need as a society to support research. This crisis has made that very clear,” she says. “It will cause us to reflect on how we support research and make sure we are not relying on cross subsidies.”

UKRI, the UK’s main official research funder, has extended project deadlines by six months, offering a short-term lifeline to many postgraduate researchers. Less certain is how far the government will be able and willing to meet its more ambitious pledges to step up support for research and development, in part to compensate for withdrawing after Brexit from the EU’s planned €94bn Horizon Europe fund for scientific research.

Other income sources have also been undermined. Leszek Borysiewicz, chairman of the charity Cancer Research UK, says his organisation has so far trimmed £43m from its budget this year as a result of coronavirus, and that other charities supporting academic research will suffer, whether from falls in investment income or donations from fundraising campaigns.
A graphic with no description

Amid the gloom, Peter Mathieson, vice-chancellor of Edinburgh university, points to fresh recognition of the importance of higher education. “The extent to which our governments have been listening to expert scientific advice is very welcome,” he says. “It has become very evident how universities are contributing to the response with extraordinary research and at incredible speed.”

It will not just be the shape of the institutions that changes due to the pandemic but also the content of higher education, says Leon Botstein, president of Bard College, a liberal arts institution in New York. He argues that the transformations brought about by coronavirus could increase demand for higher education in general and for both the humanities and applied subjects such as healthcare.

“The problem is much more than a financial collapse. It’s a cultural shock about what kind of community we live in. There is a recognition that education is wealth creating, not a welfare giveaway,” he says.

For David Van Zandt, president of the New School in New York, as for many of his peers, the concern is whether domestic and international students return for the next academic year.

“For most places, next fall is the make or break. We don’t know if it will be back to business as usual or we’ll be partially open. But the virus is an accelerator, like gasoline thrown on to burning embers. This is going to bring about a lot of changes in higher education that probably needed to be made.”

Those changes are likely to include cutbacks, mergers and possibly even closures in a sector that has grown so fast in the past few years. But perhaps some universities can take comfort from the legacy of their forebears.

At Cambridge, for instance, interest after the Black Death turned from theology to more applied subjects such as medicine, and the redistribution of wealth led to an increase in endowments and the creation of new colleges.

“Pandemics tend to leave a major mark,” says Sir Leszek, a former vice-chancellor at Cambridge. “People have different imperatives and whole disciplines evolve. But historically when universities have come through, it is because they have adapted to changes in society.”