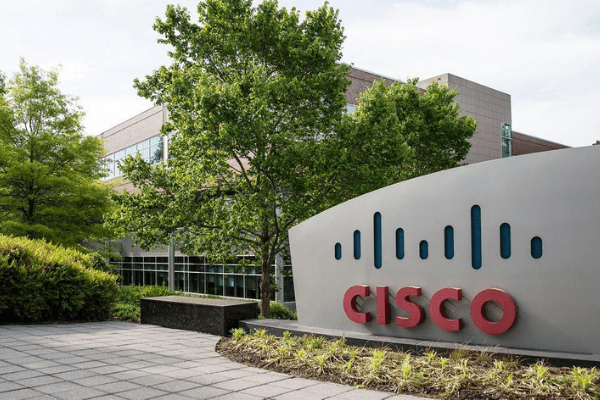 Cisco has joined Apple in calling for a US version of the European General Data Protection regulation, underlining the divisions among big technology companies over how to tackle privacy concerns.

The technology hardware group told the Financial Times it wanted US politicians to enact a version of the European legislation in the coming months, despite others in the industry criticising it as overly broad and punitive.

Mark Chandler, Cisco’s chief legal officer, told the FT: “We believe that the GDPR has worked well, and that with a few differences, that is what should be brought in in the US as well.”

He mentioned the right of individuals to remove their information from search engines as one aspect of the European rules he would not want to see replicated in the US.

Mr Chandler’s comments put him in line with Apple’s chief executive Tim Cook, who last year praised Europe’s “successful implementation” of the GDPR, adding: “It is time for the rest of the world . . . to follow your lead.”

US technology companies are united in calling for politicians to enact the country’s first national data privacy law in the coming year, potentially in time to overrule a separate one which has been approved by the state of California.

Privately, however, many are urging lawmakers not to use the GDPR as a template, warning that it is too onerous on issues such as the penalties it can levy for data breaches.

“If the US is going to do this, it should reflect a more American approach to business and regulation,” said one industry executive.

Those in the industry say that as politicians get closer to drawing up a federal law, differences of opinion among tech companies are becoming clearer.

“The business-to-business companies are willing to see much tougher regulation than the consumer-facing ones,” said one industry lobbyist. “Some internet companies want more data collection, others want less. And Apple is trying not to be placed alongside the rest of the industry at all.”

The biggest areas of contention are likely to be what counts as personal information, how much power should be given to regulators to enforce the new rules, and how much liability companies will face for data breaches.

Ginni Rometty, the chief executive of IBM, has been one of the most outspoken industry bosses in terms of calling for tougher rules on data protection, and one of the most willing to criticise other companies in the industry.

“The genesis of the trust crisis is the irresponsible handling of personal data by a few dominant consumer-facing platforms,” she said in November.

Apple has also been keen to differentiate itself from other technology companies. Last week, the iPhone maker suspended a set of internal Facebook apps after discovering the social media platform had violated its rules with a piece of software that hoovered up data on almost everything a user did on their iPhone.

And when Mr Cook praised the GDPR, he also took a swipe at some of his rivals, adding: “Platforms and algorithms that promised to improve our lives can actually magnify our worst human tendencies.”

Meanwhile, executives at Twitter are keen to stress that unlike other internet companies, they would prefer to collect less of their users’ data, not more.

The company has resisted one suggestion by Mark Warner, the Democratic senator, that it should make users share location data as a way to weed out accounts such as Russian bots who pretend to be US voters.

For now, the industry remains united in its broad wish for a federal privacy law, as long as it overrides state legislation rather than adding to it.

Noah Theran, a spokesperson for the Internet Association, said: “Internet companies are unified in their support for an economy-wide federal privacy law that provides consumers meaningful control and the ability to access, correct, delete, and download data they’ve provided to companies across all industries.”

But as the debate gathers steam, many expect to see more public fighting between some of the US’s best known groups.

“I do not think we are going to see companies score points off each other in terms of the bill,” said one industry executive. “But that doesn’t mean they won’t be looking to differentiate themselves in front of their customers.”