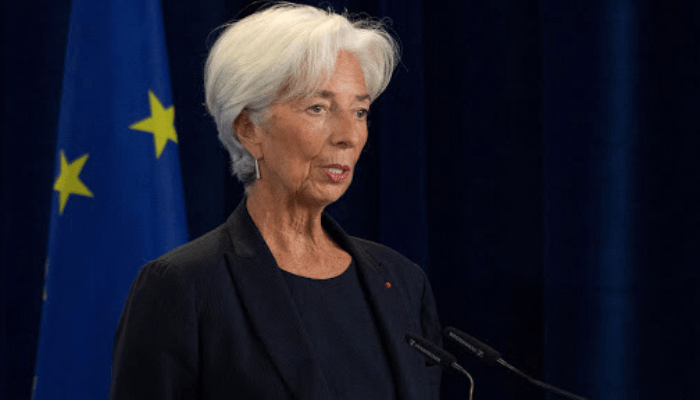 Christine Lagarde has called on EU leaders to launch more urgent action to avoid the spread of coronavirus triggering a serious economic slowdown.

Speaking on a video call with EU leaders on Tuesday night, the president of the European Central Bank sought to shake them out of what she sees as a complacent attitude to the epidemic, according to a person briefed on her comments.

Forecasters have warned that the spread of the virus could drive the eurozone into a recession but there is growing frustration in some quarters that the ECB is once again being left to do most of the work to shield the bloc from an economic and financial crisis while governments such as Germany’s, which have the capacity to spend more, refuse to do so.

Ms Lagarde’s warning came just hours before Italian prime minister Giuseppe Conte announced on Wednesday that he was ramping up the size of a spending package to tackle his nation’s coronavirus outbreak to €25bn, in an effort to lessen the blow of a nationwide lockdown.

And a group of prominent German economists called on Angela Merkel’s government to abandon its commitment to a balanced budget in the face of the coronavirus epidemic and consider an extensive package of measures to help companies affected.

The calls for action come as the ECB prepares to meet on Thursday to consider its monetary policy response to the virus.

Financial markets are betting that the central bank will announce a further cut in its deposit rate to minus 0.6 per cent — following Wednesday’s emergency rate cut by the Bank of England and last week’s rate cut by the US Federal Reserve — and an expansion of its programmes of bond purchases and cheap loans to banks.

After Tuesday’s call, the European Commission said it was creating a €25bn investment fund to tackle the epidemic, to be paid for from existing resources. It also promised to loosen state aid and budget rules to allow governments to help struggling businesses and boost public spending.

However, leaders did not unite behind a co-ordinated EU-wide fiscal stimulus package, despite requests from France and other states for a “massive” response. One EU diplomat said the debate during the call did not move beyond “southern countries wanting more spending and northern member states being more reluctant”.

Kenneth Wattret, chief European economist at IHS Markit, said the relatively modest response of EU governments put the ECB under extra pressure. He likened it to “using a peashooter when a bazooka is required”.

On Tuesday’s call, Ms Lagarde said a further loosening of monetary policy would only be fully effective if combined with a sufficient fiscal stimulus from EU leaders, according to one person briefed on the discussion. In that scenario, Ms Lagarde said, the shock of coronavirus would be shortlived. The ECB declined to comment on Ms Lagarde’s contribution to the call.

The group of prominent German economists include Peter Bofinger, a former economic adviser to Ms Merkel’s government; Gabriel Felbermayr, head of the Kiel Institute for the World Economy; Clemens Fuest, head of the Ifo economic think-tank; and Michael Hüther, director of the German Economic Institute.

They said: “If we don’t succeed in containing the spread of the economic shockwaves and we start seeing a big wave of insolvencies, the state should consider as a last resort taking equity in companies.” As an example, they cited the example of bank bailouts following the 2008-09 financial crisis.

Germany’s debt-to-gross domestic product ratio has dropped below 60 per cent — much lower than most of its EU neighbours — and the country’s total budget surplus stood at a record €50bn last year.