China struggles to return to work after coronavirus shutdown 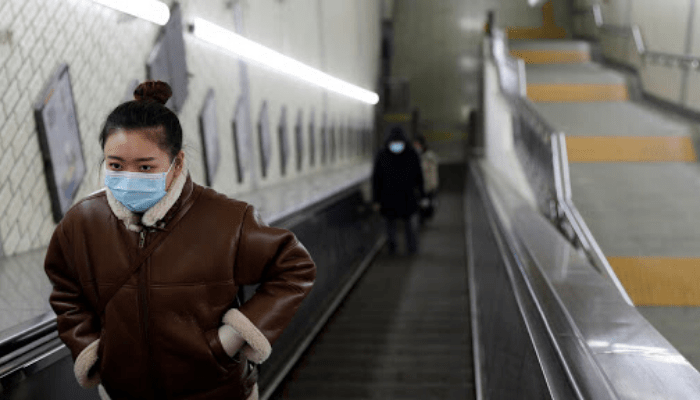 China officially returned to work on Monday but any hopes its stricken economy would quickly come back to life were disappointed as businesses extended holidays or work-from-home arrangements to contain the deadly coronavirus outbreak.

In Beijing, white-collar workers trickled back into office buildings while authorities in Shanghai encouraged people to continue working from home. In areas that had not extended the February 10 deadline to return to work, many factories and businesses remained closed for lack of manpower.

“Most of our factory’s workers are from Henan province. They haven’t returned yet,” said one worker at an electronics components factory in Suzhou, near Shanghai, who asked not to be named.

Authorities said they were still reviewing a request by Foxconn, the maker of Apple’s iPhone and China’s largest employer, to restart production in Shenzhen, near Hong Kong, and Zhengzhou, a city in Henan province about 500km from Wuhan, the centre of the outbreak.

Other Chinese tech titans such as ByteDance, Tencent, Alibaba and Meituan have extended their work from home policies for at least another week.

China’s supreme decision-making body, the State Council, is pushing to get the world’s second-largest economy back to work and avoid prolonging the shutdown, which started more than three weeks ago.

The total number of confirmed cases in China rose to more than 40,000 on Monday, according to the National Health Commission, and the country’s death toll climbed to 908, the vast majority of whom were in Hubei province, the centre of the outbreak.

There have now been nearly five times as many coronavirus infections in China as there were during the Sars outbreak in 2002-2003, which knocked quarterly economic growth down by two percentage points. Many economists have forecast the coronavirus could have a greater impact on growth than Sars.

The Australian dollar, which investors view as a proxy for China’s economy, rose 0.5 per cent to almost $0.67. But it was still down 4.6 per cent in the year to date and remained close to a decade-long low.

China’s National Bureau of Statistics said on Monday that consumer price inflation for January increased 5.4 per cent year-on-year, higher than most economists had forecast, in part because of hoarding as the epidemic gathered pace in mid-January.

In a research note, economists at Barclays said they expected “sustained upward [pressure] on the headline rate from food and healthcare, especially if the outbreak persists longer and disrupts production more severely than expected”.

The lukewarm response from the markets to China’s reopening came as many local governments continued to restrict the movement of their workers.

In Shenzhen, officials from the local ministry of industry said they were reviewing Foxconn’s procedures for restarting production. The plant must check workers’ temperatures at least twice a day, disinfect daily and take other epidemic prevention measures, the ministry said. Foxconn told workers at its Zhengzhou plant to wait for a message from human resources before returning to work, according to a message seen by the Financial Times.

The southern industrial city of Zhongshan, near Macau, strengthened its quarantine measures on Saturday by allowing only one member of each family to leave their home to buy supplies every two days.

Some factories were allowed to return to work in the city provided they locked down their work areas and limited contact with the outside. Other major cities, including Wenzhou, Hangzhou and Xi’an have taken similar measures.

Chongqing permitted local workers to return to their offices but asked outsiders to stay in self-quarantine.

Even at factories able to resume work, the complex and geographically dispersed nature of supply chains meant they would face difficulties getting raw materials and components they needed.

Hubei province, where up to 59m people remain under quarantine, hosts much of China’s optical and laser production. Its shutdown, which could drag on for weeks or even months, posed problems for carmakers and factories producing medical devices, aircraft, machine tools and other goods, according to a report from Ping An Securities.

Schools across China remain closed. Nearly all provinces have delayed resuming classes at primary, secondary schools and universities until February 16 at the earliest.