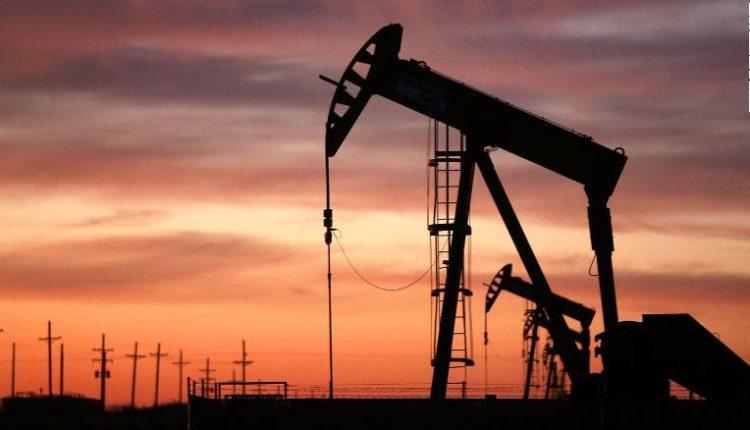 Oil ministers from Opec and countries that were part of the Opec+ alliance that collapsed last month are expected to take part in an emergency meeting this week to discuss cutting supply in response to the coronavirus pandemic.

Ministers will participate in an online conference after US president Donald Trump said a deal was imminent between Russia and Saudi Arabia that could lead to as much as 15m barrels a day taken off the market, potentially supporting oil prices after a heavy decline earlier this year.

The move has prompted questions about whether Saudi Arabia and Russia can mend their differences and what any potential deal might look like.

Saudi Arabia has been supportive of a deal to cut supply as long as all global producers do their part. In recent days, the kingdom has also alluded to necessary participation from beyond the Opec+ group — which would include the US.

The Opec+ alliance fell apart last month after Russia was reluctant to agree to a Saudi proposal for deeper and prolonged cuts in the face of a drop in oil consumption. In turn, the kingdom launched a war for market share, cutting prices for its crude and accelerating production to record levels of above 12m barrels per day.

It is unclear how far producers might be prepared to cut, how the US might participate and what Russia wants to see before it agrees to any deal.

As lockdowns and travel bans proliferate, traders have said oil demand could fall by up to 30m barrels a day this month — roughly a third of the world’s average daily consumption in 2019. Anjli Raval

How much further will the pound fall?

Data due for release on Thursday are expected to show zero economic growth in the UK in February — a fragile backdrop, before the full effects of the coronavirus outbreak hit the country in March.

Already, the pound has been on a wild ride. The UK currency dropped more than 13 per cent from peak to trough last month, reaching a low just above $1.14 before shooting back up to $1.23 by the start of April.

But the pound remains vulnerable to flare-ups in dollar demand and the impact of coronavirus on the economy. Thursday’s data releases for February include those relating to GDP and industrial production.

Analysts said rising unemployment, coupled with a poor performance by the manufacturing sector in March, point towards a deep recession.

Andrew Wishart, UK economist for Capital Economics, forecast a 15 per cent drop in GDP in the second quarter compared with the first three months of 2020. He noted that would be a bigger fall in output than during the last financial crisis, or the

Derek Halpenny, an analyst at MUFG Bank, argued a slower death rate from the disease in the UK compared with Spain and Italy could lend some support to the pound. Eva Szalay

Will the coronavirus crisis pave the way for eurobonds?

The coronavirus crisis has forced a long-running debate back on to the agenda in the eurozone: the issuance of debt backed by all of the common currency’s member states.

In a rerun of similar debates during the eurozone debt crisis, a group of northern European countries including Germany and the Netherlands objected, saying they would prefer struggling nations to be given a credit line by the European Stability Mechanism, the region’s bailout fund. The topic is likely to dominate discussion at Tuesday’s meeting of finance ministers.

Debt mutualisation in the eurozone would mean higher yields on Germany’s debt, and the push for greater burden sharing is one reason for recent pressure on Bunds, according to HSBC head of fixed income research Steven Major. Most investors think jointly issued bonds would trade somewhere close to debt issued by the ESM, meaning higher yields than Germany but much lower than fiscally weaker countries such as Italy.

Whether or not the Dutch and Germans agree to eurobonds, Mr Major argued bond buying by the European Central Bank in effect already amounts to increased sharing of debt burdens across the currency bloc. The ECB announced an extra €750bn of purchases last month as part of a virus-fighting package, halting a sell-off in Italian bonds.

“The near doubling of the ECB’S balance sheet to over 50 per cent of GDP, through the last decade, arguably says debt mutualisation is taking place anyway, albeit below the surface,” Mr Major said. Over the long term, he added, this trend was likely to mean further convergence of German yields and those in the rest of the eurozone. Tommy Stubbington