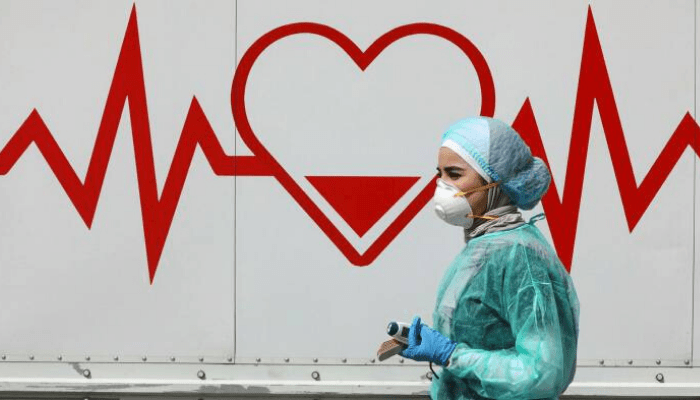 National defence laws typically reserved for times of war were invoked. Soldiers were dispatched to main highways, a curfew was imposed and all but essential travel was banned between the Arab state’s 12 governorates. All this took place when the kingdom had reported fewer than 70 confirmed cases of Covid-19 and had suffered no deaths.
The draconian measures were welcomed, analysts said, by an anxious population worried by the spread of the virus — the number of confirmed cases in the country of 10m people stood at 349 on Wednesday.

But now, with the curfew extended indefinitely and people allowed to leave their homes only on foot to buy essential goods, some are starting to worry about what comes next in a country that is already grappling with debts approaching 100 per cent of gross domestic product, widespread joblessness and limited financial firepower to help cushion the economic shock.

“I’m not sure how we are going to get through this after this virus is contained — we will wake up to some harsh economic reality,” said Ibrahim Saif, a former minister and chief executive of the Jordan Strategy Forum, a think-tank. “The lives of people are the most important thing, but you cannot let your economy freeze like other countries are managing to do . . . we cannot afford to freeze the whole economy.”

It is a dilemma that middle-income nations across the Arab world face in a region already blighted by the planet’s highest youth unemployment. All countries have introduced varying degrees of lockdown, but while Saudi Arabia and the United Arab Emirates, the region’s big oil exporters, have unveiled support packages worth tens of billions of dollars, countries such as Jordan, Morocco, Tunisia and Egypt have been able to offer only minimal relief to businesses.

The result is that much of the Middle East is likely to become more dependent on international support.

Jordan last month secured a $1.3bn loan from the IMF, part of a package negotiated before the outbreak but which was adjusted to help it deal with the pandemic. Tunisia has also requested IMF assistance, while the fund is making a “liquidity line” of up to $3bn available to Morocco. Algeria, Iraq and Lebanon, which was grappling with its worst economic crisis even before the outbreak, are also “exploring” assistance from the fund, Jihad Azour, the IMF’s top official for the Middle East, told the Financial Times.

“We are in one of the most challenging crises historically, in terms of magnitude and complexity. This time, our region is unfortunately at the forefront,” said Mr Azour.

The collapse in tourism alone is likely to reduce gross domestic product this year by 2 per cent to 3 per cent in Jordan, Egypt, Morocco and Tunisia, according to Capital Economics, an independent research group. Remittances from the oil-rich Gulf and Europe, another vital source of foreign currency, are also expected to plunge.

“Is what the fund and the [World] Bank and other institutions are going to offer going to be enough? Maybe not,” said Mr Azour. “This is where the international community needs to step up.”

In Egypt, which has been the Middle East’s best-performing economy since the government introduced a series of reforms tied to a $12bn IMF loan in 2016, investors have withdrawn between $7bn and $9bn from the country’s debt and equity markets since the start of the coronavirus crisis, a senior banker said.

The Egyptian authorities are among those in the region that have sought to achieve a balance between early action to contain the spread of Covid-19 and avoiding freezing economic activity in a nation of 100m people where many have no savings and survive day to day.

Even as he admonished citizens to observe social distancing and stay at home during a night-time curfew, Egyptian prime minister Mostafa Madbouli said construction on state mega-projects would continue at full steam.

Still, several prominent Egyptian businessmen, including the former telecoms tycoon Naguib Sawiris, have publicly criticised the partial lockdown, warning of the severe impact on the economy.

The authorities have also capped cash withdrawals from banks and cut interest rates. But the Egyptian pound has remained firmer than other emerging market currencies against the dollar.

That has led to speculation that the government, which has spent $1.27bn to support the stock market, has also intervened to prop up the currency by tapping its foreign reserves of $45bn.

“The concern is they seem to be going back to the bad old ways of pre-2016, of heavy intervention,” said Jason Tuvey, senior economist at Capital Economics. “They do have some scope to carry this on a little bit longer . . . but their capital flight reserves could be drawn down quite quickly and Egypt could find itself in a perilous position.”

Egyptian bankers said they expected Cairo to let the currency depreciate gradually — weakening currencies fuel inflation and add to countries’ debt servicing costs. Egypt had been reducing its debt but it is still about 80 per cent of GDP. Jordan and Tunisia’s debt to GDP ratios are both even higher.

Jan Friederich, head of Middle East and Africa sovereign ratings at Fitch, said the risks of the region’s oil importers slipping into a debt crisis have increased.

“At the moment, we see the buffers they have are sufficient,” said Mr Friederich, but he explained that each government’s decision on how far to support their economy was “a complicated trade-off”.

“It would not be good for the ability to repay in the long term if they allow their economies to be knocked out completely,” he said. “But they also need to be careful, given that the cost of supporting the private sector will end up on their debt levels, and debt is a concern in every one of these countries.”