Africa has made most legislative progress for women 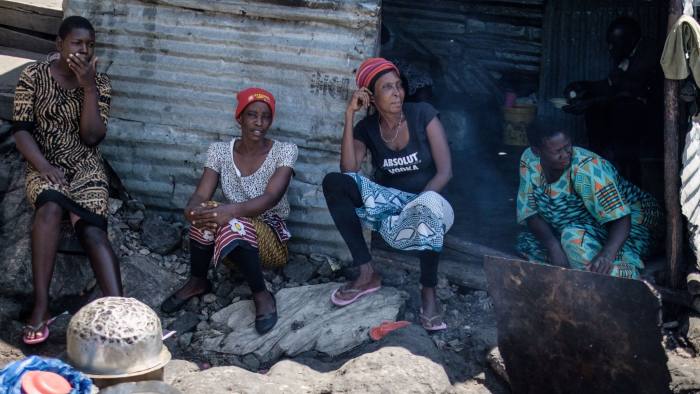 Africa over the past four years made the most legislative progress aimed at tackling gender discrimination, however laws and social norms in the region and around the world stil hamper equality, according to new OECD figures.

Africa over the past four years made the most legislative progress aimed at tackling gender discrimination, however laws and social norms in the region and around the world still hamper equality, according to new OECD figures. The Social Institutions and Gender Index (SIGI) looks at the gaps that legislation, attitudes and practices create between women and men when it comes to rights and opportunities. The findings, compiled by the OECD, reveal that despite advances in some countries, in many of the 180 nations covered, political commitments and legal reforms have not translated into real changes for women and girls. “The last few years have seen an unprecedented surge in support for women’s rights,” said Juan Yermo, a senior OECD official. “And as much as acknowledging the facts is a decisive step forward, now is the time to turn the rhetoric about gender equality and women’s empowerment into action.” 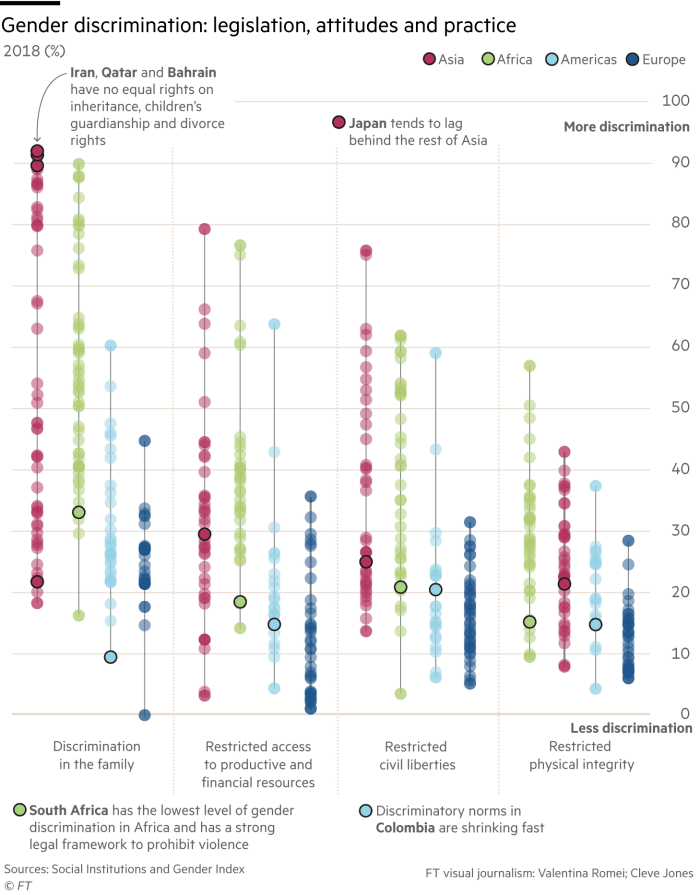 The SIGI examined four types of gender discrimination: discrimination in the family, restricted civil liberties, physical integrity and access to financial resources. Here are three takeaways from the findings. 1. Africa made the most legislative progress Across the index’s four dimensions of discrimination, “the region that has seen the most progress since the last [SIGI report] in 2014 is Africa”, said Bathylle Missika, head of the OECD’s gender division. She said that this is largely because of the introduction of national laws aimed at targeting gender discrimination and violence. Since 2014, 10 African countries introduced laws against domestic violence, including Kenya, Angola, and Uganda, and five countries added legislation to delay the age of marriage. Five countries also introduced quotas to increase the number of women in parliament. Most African countries now guarantee paid maternity leave for formal work, said Mrs Missika, which, she pointed out, is “something that the US still does not have”. The US is the only OECD member that has not passed laws requiring business and corporations to offer paid maternity leave to their employees. Gulf countries, including Bahrain, Brunei, Indonesia, Pakistan and Afghanistan, lag behind. In many of these countries, women do not have equal rights as men on inheritance or marriage.

2. Practices and attitudes are slower to change 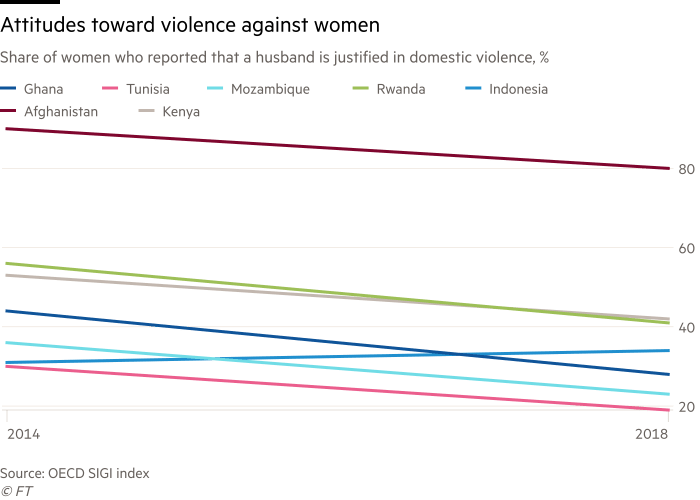 Despite the adoption of new legislation aimed at improving conditions for women, practices and attitudes were slower to change, according to the findings. The share of women in Africa who reported domestic violence declined — so did the share of those who said domestic violence is justified — yet the figures are still high, said Mrs Missika. Child marriage also declined. In 2018, 16 per cent of girls aged 15-19 throughout the world have been married before turning 18, compared with 19 per cent in 2012, according to SIGI summary findings. At that pace, the report said, it would take 100 years to eradicate girl child marriage. “The norms that are the hardest to eradicate are the ones of family domain, because this is a private sphere,” said Mrs Missika. She added: “People have seen their mother’s, their father’s, their grandmother’s, their grandfather’s [behaviour] and it is embedded in their brains.” 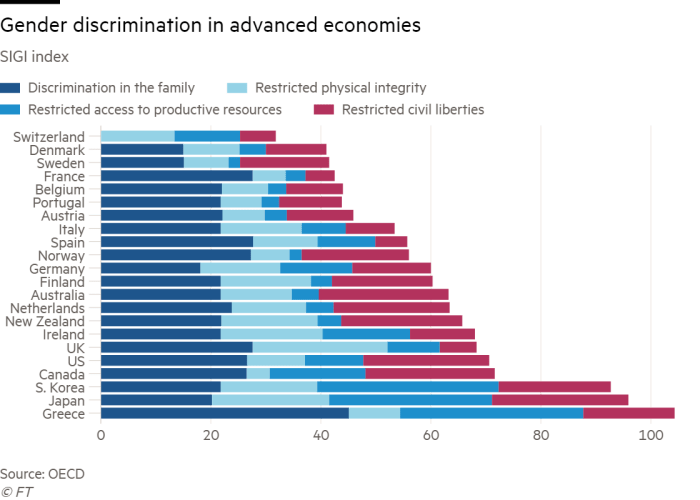 The OECD data show that women are less equal in developing countries, but gender discrimination persists in advanced economies too. The UK and US score below most peer economies because of gaps in legislation such as the lack of guaranteed paid maternity leave in the US, or, as is the case in the UK, an unequal split of housework between men and women, and more negative views of working mothers. Japan remains a largely traditional society across most measures and ranks below most advanced countries as well as emerging economies such South Africa, Brazil and South Korea. “We need to change the way we envision gender equality — from how we understand the root causes of discrimination to how we find new entry points, innovate and measure progress,” said Mrs. Missika.