Why Nigeria is among seven biggest unbanked nations 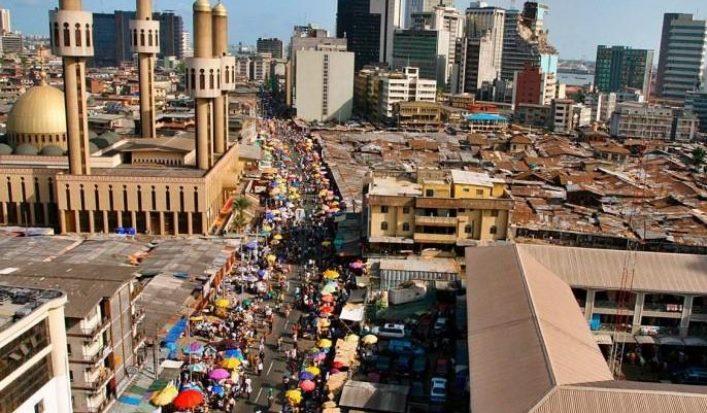 The importance of financial inclusion especially for a developing economy like Nigeria is made clearer by the fact that it is considered an enabler for seven of the 17 United Nations’ Sustainable Development Goals.

Nigeria’s financial exclusion rate of almost 40 percent, one of the highest in Africa mirrors the country’s poor economic growth. In the last five years the economy of Africa’s most populous country has been growing at a pace lower than its population growth rate.

In need of an economic catalyst to lift more than 90 million of its population from poverty, Nigeria was listed among the globe’s top seven unbanked nations by a July report by BNP Paribas, a French international banking group with the title: ‘Fintech in Emerging Markets’.

According to Ayo Akinwumi, Head of Research FSDH, Merchant Bank, financial inclusion can ease Nigeria’s poverty rate because “when people and small businesses are financially included they can have access to credit which will enable them to expand operations, employ more people, and achieve what they would have not been able to achieve before when they were not financially included.”

For emerging markets, BNP Paribas said the path to progress and prosperity is made more difficult by considerable structural challenges.

“These challenges, such as entrenched economic interests, weak institutional checks and balances and overall lack of physical infrastructure, create barriers to inclusive growth and sustainable development,” it said.

With an ambitious target to include 80 percent of its adult population into the formal financial system by 2020, Nigeria is ranked alongside Pakistan and five other countries as the biggest unbanked nations due to these following reasons:

With more than 83 million extremely poor population, higher than India’s 73 million, Nigeria’s low per capita income level means that many adults in Africa’s largest economy cannot afford to own a bank account.

Exacerbated by the impact of COVID-19, the weak purchasing power of many Nigerian adult is one of the reasons for the country’s low financial inclusion rate.

“People will remain financially excluded because they are financially disempowered,” Yele Okeremi, MD/CEO of PFS said, adding that Nigeria still has “large population living below two dollars a day, and so how are they supposed to be included them?”

While industry analysts expected that models like Kenyan’s M-PESA would spread like wildfire throughout other nations like Nigeria with similarly low levels of banking system reach and high mobile phone penetration, it has not.

As at the time Nigeria was considering the optimal approach needed to leverage new, innovative technology to deliver financial services to its people, the Central Bank analysed in some detail how to structure the guidelines and the regulatory environment to deliver the benefits on offer, without compromising the integrity of the financial system.

Africa’s largest economy needed to see how the regulation of mobile money could evolve owning to significant volumes of currency that could be circulating in mobile wallets, and may not be visible to the regulatory authorities.

As such it was clear that a better balance between the market and the regulatory structures was required.

“In Nigeria, mobile money has been available and growing, but has not scaled as rapidly as M- PESA, which now spans seven countries. Perhaps this is due to overly conservative policy,” BNP Paribas said, adding that “it will be fascinating to see how this develops for this key market in Africa, particularly as it stood among the globe’s top seven unbanked nations as of the latest Findex.”

In furtherance of its mandate to promote a sound financial system in Nigeria and the need to enhance access to financial services for the unbanked rural segments of the society, the CBN on October 2018 proposed Payment Service Banks (PSB). But after almost two years, the fate of the scheme has remained unclear as the apex bank is yet to give any licence to the applicants.

Even though there has been growth in agent network targeted at providing financial service to the last mile, the high cost of transaction remains a barrier for many who still prefer to walk a long distance to access the nearest ATM.

“Mobile money could be the enabler,” Rafiq Raji, chief economist at Macroafricaintel said.

According to Ayodeji Ebo, MD, Afrinvest Securities limited, there is still a wide communication gap between telecos and the banks “which can only be addressed by the CBN.”