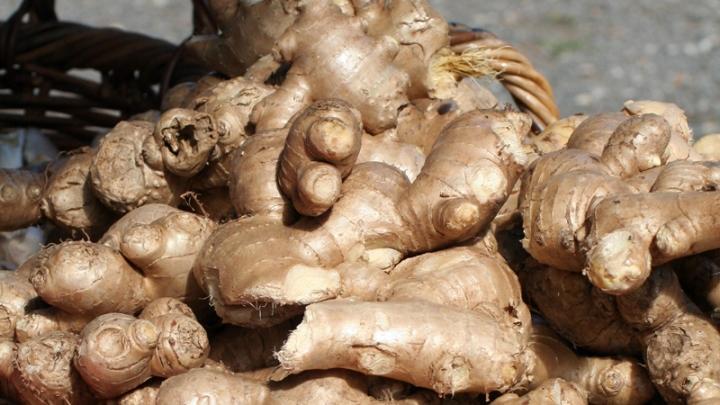 Nigerian ginger, turmeric, and garlic growers can tap into the $13.7billion global spices and seasoning market to earn foreign exchange to create wealth as the country explore opportunities to grow its non-oil export.

Ginger, turmeric, and garlic – some of the most widely used spices in modern diets could play a vital role in earning substantial dollars for the country as local and global demand for the crops continues to rise especially amid the COVID-19 pandemic.

Since the global outbreak of the pandemic was first reported in Wuhan, China in December 2019, lots of people globally are now consuming spices and herbs as part of their daily diets in a bid to boost their immunity against the virus.

They serve as by-products to numerous food and beverage industries.

Experts say that turmeric and ginger suppress various inflammatory molecules that are responsible for the causes of harmful viruses owing to its anti-inflammatory component called curcumin.

“Globally, people are now consuming more of ginger and other herbs due to the pandemic to boost their immune,” said Florence Edwards, national president, Ginger Growers, Processors &Marketers Association.

“As a result, Nigeria is seeing a surge in demand for its ginger currently since we have the spiciest variety globally,” Edwards said.

She noted that crops can be grown in all states of the federation but currently it is farmed in 32 states with Kaduna, Nasarawa, Benue, Niger, Gombe, and Kano, Kastina states growing bulk of the crops.

Nigeria, Africa’s most populous nation is the fourth largest grower of ginger with national output put at 31,000 metric tons per annum by the Federal Ministry of Agriculture. There are currently no production records for turmeric and garlic in the country.

Most herbs and spices can be consumed in different forms which include powder or fresh. They also used as spices in a wide array of dishes.

Powered ginger and turmeric are used in the production of flavour and colourants which is utilised in a variety of recipes such as cakes, cookies, bread, crackers, ginger ale, and beer.

Their roots are used as raw materials in the manufacturing of health products and drinks.

Nigeria exports the majority of its ginger which makes the country the third highest exporter of the crop globally.

The country exported about N1.9billion worth of ginger in the first three months of the year, according to data from the National Bureau of Statistics (NBS) Trade Report.

Despite the potential in the production of these crops, the country is yet to fully harness the economic value of growing them on the account of low use of technology and yield per hectare.

Most spices farmers are not using tractors and other machines for land preparation. This is hindering our ability to increase production because farmers cannot increase their farming areas owing to the huge manual labour involved but with tractors, we can farm on a larger scale,” said Zackari Mohammed, a ginger/turmeric farmer in Kastina.

“We are still using a local knife to split harvested ginger rhizomes and turmeric but in China and India, there is a machine for that. We lack modern processing machines for washing, peeling, splitting, and drying kilns.

“Getting quality seeds is also a major issue for us farmers. It is difficult to get quality ginger seeds and most of the seeds in the country are of low quality. These are some of the reasons why we are yet to increase our yield per hectare.

He stated that the demand for the country’s spices is increasing yearly but the production to meet up with the huge demand has been stagnant.

This shows that there are opportunities for investors who would want to invest in seeds and in the provision of easily fabricated machines in splitting the harvested ginger rhizomes and turmeric.