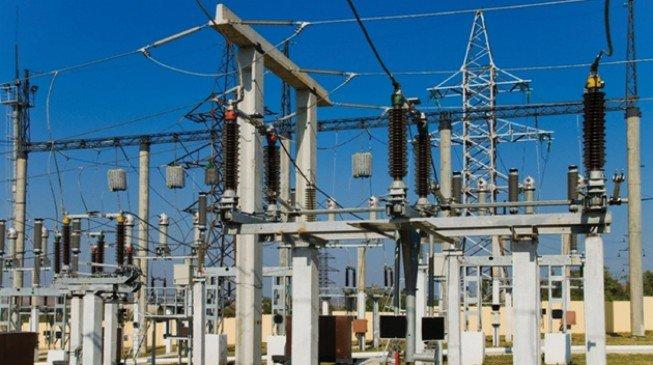 In a curious move last week, electricity distribution companies in Nigeria lobbied from the presidency to the national assembly against July 1 set for a long overdue service reflective tariff to kick-in.

This represented a major setback for a sector that has market shortfalls of well over N1.72 trillion with some electricity distribution companies (DisCos) virtually bankrupt for a lack of service reflective tariffs. It equally means that the unbundling and privatising process in the electric power sector, which started seven years ago in Africa’s most populous country, has been held captive.

Peru, a Latin American country has gone through a similar path and offers insights.

In ‘Rethinking Power Sector Reform in the Developing World’, Vivien Foster, chief economist for the Infrastructure and vice presidency of the World Bank and Anshul Rana, a consultant, the office of the chief economist for the Infrastructure vice Presidency at the World Bank presented Peru as a model of success for electric power sector reforms as articulated in the Washington Consensus of the 1990s.

The reform process typically begins with the public announcement of a reform programme. Some countries then move rapidly toward implementing the full suite of reforms announced, as in the case of Peru.

For example, Peru opted for immediate implementation of power markets without a transitional phase. By contrast, in India and the Philippines, five years elapsed between the passage of legislation for a power market and its entry into operation. In the case of India, the delay was caused by the absence of a clear road map for implementation. Fifteen years after Nigeria enacted the Electric Power Sector Reform Act, the country still does not have a credible electricity market.

According to the World Bank, on average, countries meet about 47 percent of good practice regulatory standards on paper but this score drops to 30 percent in practice. In Peru, the gap is less than 10 percentage points. This shortfall in practice is particularly large for regulations on the quality of service and market entry.

Despite undergoing a political transition from a unipolar system under President Alberto Fujimori to multiparty democracy, power sector reforms were sustained. Following major structural reforms under the centralised rule in Peru, the subsequent democratic government-focused efforts on second-generation reforms.

In 1991, a sectorial law was enacted, which transferred 100 percent of transmission, 70 percent of generation and 45 percent of distribution to private ownership management, and operations in the space of a few years.

When democratic government returned in 2002, attempts to privatise the remaining distribution companies in the provinces met with civil unrest and were eventually dropped. Attention turned to several second-generation reforms designed to revive flagging investment levels in the sector.

Peru is one of the countries that pioneered private sector participation (PSP) in transmission using the build-operate-transfer (BOT) mechanism. The transmission sector is almost entirely private and operated by 13 different companies, of which the two largest is Red de Energía del Peru (REP) and Consorcio Transmantaro (CTM) with 40 and 20 percent of the market, respectively.

The process began in 1992, when the sector was unbundled into two public transmission companies, which went on to tender 30-year build, own, operate, transfer (BOOT) contracts to the private sector for extension of the grid, while retaining 15 percent public sector stakes. Once these projects had completed the national grid, the remaining public assets were privatised under 30-year concessions.

The system was strengthened in 2006 with coordinated generation and transmission planning capability housed within the system operator. Also, a clear regulatory framework allows the wheeling tariff to be determined through the tendering process with subsequent indexation but no periodic regulatory review.

The tender price reflects a combination of operations and maintenance expenditure and a capital annuity set at a 12 percent rate of return. These improved arrangements led to an upswing of US$1.5 billion of private investment during the period 2006–15. Overall, some 6,000 kilometres (km) of transmission lines and associated transformer stations have been developed in Peru through this modality.

In Peru, the wholesale market exists for buyers (large industries and distribution companies) to purchase power from a mix of public and private generators. The wholesale buyers can also purchase directly from generators. Distribution is a mix of public and private ownership. The transmission network is operated by an independent transmission system operator.

Competition makes transactions relatively open and transparent, while competitive pressures help to keep costs down. Latin America has embraced competitive bidding and several countries—including Brazil, Chile, and Peru have established regular public auctions for contracting new generation capacity. Nevertheless, across Africa and Asia, it remains commonplace for IPPs to arise as unsolicited bids or to be procured through direct negotiation.

Peru provides a particularly interesting case of the difficulties encountered in attempting to extend distribution privatization beyond the capital city. In 1994, the government of Peru completed the privatization of Edelnor and Luz del Sur, two large distribution utilities serving different areas of metropolitan Lima.

The success of this process prompted moves to privatise the eight state-owned provincial distribution utilities. In 1998, the Gloria group emerged as the successful bidder for a package of four of the regional companies (Electro Norte, Electro Norte Medio, Electro Noroeste, Electro Centro), paying a total of US$145 million for a 30 percent share, or almost twice the reference price for the assets.

The privatisation process envisaged the transfer of a second 30 percent tranche of shares after three years. In 2001, however, the regulator approved a new tariff based on the pre-privatisation reference price for the assets, rather than on what the company paid. The new tariff levels would not be able to cover the investment made by the Gloria group, so the deal collapsed and the government took over.

In 2002, under a different administration, attempts were made to privatize the utility in the city of Arequipa. That plan was subsequently reversed because of popular opposition.

Peru’s regulatory framework provides an outstanding example by incorporating many good-practice measures on accountability. Indeed, OSINERGMIN explicitly articulates the “Principle of Transparency” in the regulator’s Action Principles (Decree No. 054-2001-PCM).

Consultation drafts of proposed new regulations are required to be published for public comment, and all final decisions appear in the official government gazette. Stakeholder participation in this and all other regulatory decisions are mandatory and usually takes place through public hearings. All regulatory decisions must be justified through clearly articulated principles that help promote predictability.

Service quality regulations are outlined in the Law of Electric Concessions and the Service Quality Regulation and its supervision is under the responsibility of the General Bureau of Electricity and the Supervisory Agency for Investment in Energy and Mining (OSINERG).

Compensations due to electric power interruptions are defined in the Electric Concession Act (Decree-Law No. 25844) and its Regulations (Supreme Decree No. 009-93-EM) and the Technical Regulation for the Quality of Electric Services (NTCSE, after its name in Spanish) (Supreme Degree No. 020-97-EM) and amendments, from which some general extracts read as follows.

Article 86 of the Electric Concession Act establishes that “if the power supply suffers a total or partial interruption for more than four consecutive hours the concessionaire will compensate the users for the cost of the power and the energy not supplied, in accordance with the conditions established by the law, except in the cases of which they were due to a cause attributable to the affected user.”

The NTCSE specifies that the suppliers must compensate their customers for power supply whose quality of service has not met the tolerance levels established according to their voltage.

Peru opted for immediate implementation of power markets without a transitional phase. The Peruvian electric power market was established in 1992, amid serious supply constraints and financially distressed power utilities. Since its inception, the market has been adopted by competitive market reforms and adaptations due to government-driven public policy objectives. A cost-based power pool with locational marginal prices was established overnight, with bilateral contracts among market participants and regulated capacity payments.

Electricity transmission in Peru is 100 percent owned and managed by the private sector under the build, operate and transfer (BOT) or build, own, operate and transfer mechanism. Nigeria’s regular national grid collapses is probably a sign that as in many other government-owned and run enterprises, the Transmission Company of Nigeria (TCN) owned 100 percent by the Federal Government of Nigeria is inefficient and requires private sector participation.