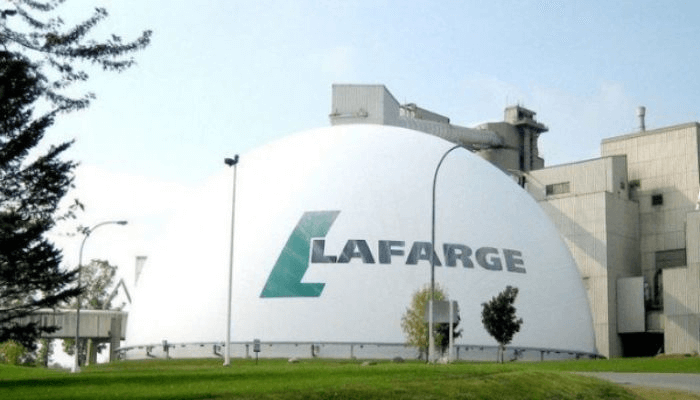 Lafarge Africa Plc, a member of Holcim, sustainable and innovative building solutions provider is one of the leading manufacturing firms in Ogun State with a robust portfolio for corporate social responsibility, covering four intervention areas, including education, skills acquisition, and youth empowerment, health and safety and Infrastructure.

Since the launch of its corporate social responsibility (CSR) Day in 2006, Lafarge Africa has continued to live up to its billing of improving the living standard of its host communities in Ewekoro and Sagamu in Ogun State with the provision of basic business & vocational skills, start-up kits, education grants, community projects, agricultural fund, healthcare and education facilities, among others, on a yearly basis.

Moreover, through its National Literacy Competition alone, Lafarge has impacted over 700,000 pupils in 1,655 schools across 544 local government areas in Nigeria.

The Annual Literacy Competition is delivered across all 109 senatorial districts in all 36 states of the federation and the FCT and is organized with the support of the State Universal Basic Education Boards (SUBEBs) in all the states of the country, with implementing partners, Ovie Brume Foundation.

With 6 editions in 6 years, Lafarge continues to positively impact the lives of young pupils in Nigeria.

To reiterate Lafarge Africa’s commitment to education, several students of higher institutions from the host communities have over the years benefited from its bursary awards.

A breakdown of statistics shows that in the Ewekoro community, a total of 204 students received N20.4 million as a total bursary payment in 2015.

In addition to bursary awards, the impact of Lafarge Africa CSR interventions for its host communities in the Southwest States, starting from the Ewekoro and Sagamu communities in Ogun State, showed that over 200,000 pupils have been impacted out of more than 700,000 Primary school pupils in 1,665 schools across 554 local government areas of the Country in one way or the other.

It also offered academic rewards for the Best Students through Lafarge Africa National Literacy Competition to reward the best students in the Country.

Tajudeen Akintokun a resident of one of the host communities in Ewekoro, Ogun State, noted that the building solutions company’s interventions go beyond primary school building construction but also include that of secondary school buildings in the community.

“We can’t thank Lafarge Africa enough, if we count all they have been doing for us in education in the last 15 years, you will know that they have saved lots of pupils and students from being dropouts. Apart from what Lafarge is doing for our pupils at the primary schools, we asked them for classrooms in one of our secondary schools here in Ewekoro and they are already constructing the classrooms for us.

“They have told us that they are introducing free basic but core textbooks for our pupils in primary schools in all the 12 communities under Ewekoro Lafarge Africa’s Communities and we have also been told that they would distribute uniforms at no cost to our pupils at the beginning of the 2022/2023 academic calendar”, he said.

Also, Dauda Sekoni, one of the youth leaders in the Ewekoro community stated that Lafarge Africa did not only provide school uniforms for the pupils but his son was among those empowered economically through the award of contracts for the sewing of the uniforms for the pupils, saying such an effort would also boost the local economy and create wealth for the youths.

In his reaction, Oloyede Sakibu, another leader in the Ewekoro Community, advised Lafarge Africa Plc and the Ewekoro Community R Committee (CRC) on Lafarge Africa’s CSR Intervention Scheme to cover more of the less-privileged in the provisions of educational materials, especially to Primary schools, saying pupils that are given interventions in some cases are the sons and daughters of the haves in the community.

“Yes, it is true that Lafarge Africa is doing almost everything we ask of them, from education, health interventions, skills acquisition, elderly care, and community development projects to farmer support, youth empowerment, and others, but for the distribution of school uniforms and educational materials, I want Lafarge Africa Plc and the Ewekoro CRC to be wary of distributing these very useful materials to the sons and daughters of the haves at the expense of the haves-not, more of the less-privileged children should be covered in the distribution of all these materials”, he noted.