How far can the New NBA go? 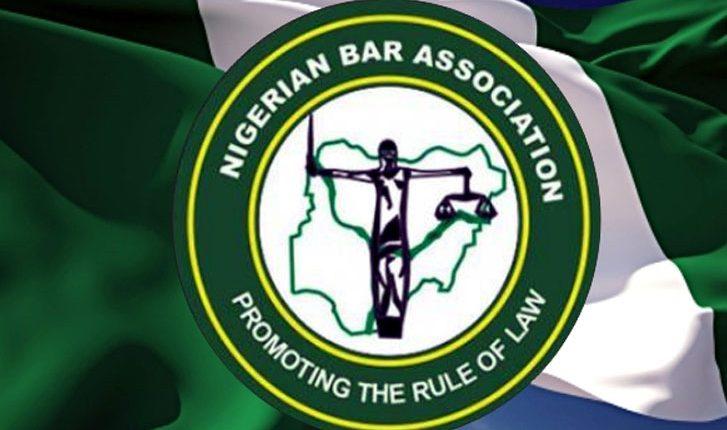 The group’s decision was as a result of the withdrawal of invitation of the Kaduna State Governor, Nasir el-Rufai, as speaker at its just concluded 60th annual general conference.

In a statement by the conveners of the new group, Barristers Nuhu Ibrahim and Abdulbasit Suleiman, respectively, the duo disagreed with the decision of the NBA to withdraw the invitation to Governor, Nasir el-Rufai, while accusing the NBA of sectionalism and violating the right of lawyers in certain part of the country.

Part of the statement reads: “What has been happening recently has exposed the inability of the NBA to manage and contain the heterogeneity of its members as well as their various interests. Its penal powers have been deployed discriminatively on the basis of ethnicity and regionalism.

“As a body of lawyers who have undergone training towards ensuring the promotion and protection of Human rights and liberties, the NBA is supposed to live above sentiments, regionalism and discrimination on any basis and of any kind.

“Therefore, the NBA cannot afford to be seen not to be upholding the rights and freedom of its own members if at all, it should be seen to be practising what it preaches.”

The group further said, “No wonder, NBA NEC, which is the highest decision-making organ of the Association failed to uphold the fundamental principles of fair hearing which in itself, is the fundamental aspect of Rule of Law, on the allegations against the Executive Governor of Kaduna State, Mallam Nasir Ahmad El-Rufai as were contained in a petition by Chidi Odinkalu Esq., a long-time foe of His Excellency and a lawyer of eastern extraction, but the NBA failed to extend the same treatment to Southern invitees who were also petitioned and are also alleged to have committed similar or more human rights abuses than those alleged against Mallam El-Rufai.”

The splinter group further said: “The New Nigerian Bar Association members, gleaned from the above Constitutional provision feel that their interests are no longer taken into consideration in major decisions of the NBA, hence the formation of this association.

“What has been happening recently has exposed the inability of the NBA to manage and contain the heterogeneity of its members as well as their various interests. Its penal powers have been deployed discriminatively on the basis of ethnicity and regionalism.”

The new body of lawyers has since notified the Attorney-General of the Federation (AGF), Abubakar Malami of its existence.

But the group pronouncement however, came as a surprise to lawyers and Nigerians and has continued to generate divergent views in the country.

The question on the lips of many people is how possible those behind the new group hope to sustain the faction.

An analyst, who spoke to BDSUNDAY on condition of anonymity, said it was not the first time Nigerians were seeing “new this and new that” which just fizzled away with passage of time.

“We saw New PDP in 2015 just after the general election that year. Some party members felt so aggrieved that they named themselves nPDP; where are they today? Again, after the 2019 general election, some people in the APC, who felt hard-done-by, floated a splinter party. They called themselves New APC (nAPC); today, that has faded into oblivion. So, experience has shown that such associations, formed out of anger and malice, do not endure. We are watching,” the observer said.

Founded in 1900, the NBA is a non-profit, umbrella professional association of all lawyers admitted to the bar in Nigeria.

Over the years, it has engaged in the promotion and protection of human rights, the rule of law and good governance in Nigeria.

The NBA is made up of 125 branches, three professional sections, two specialised institutes, six practice-cadre forums, and high level leverage in the political society in Nigeria.

A particular mention could be made of the crucial role the NBA and its members played during the fight against military rule and enthronement of democracy in Nigeria.

However, observers say the emergence of the New NBA group could also be linked to discontent which trailed the recent national NBA election which produced Olumide Akpata as the national president. There have been calls for reforms.

The NBA leadership had been dominated by Senior Advocates of Nigeria (SANs) until Akpata, 47, caused an upset and won the presidential race by a landslide.

In a move to prevent controversy in future elections, Akpata after assuming office set up an Electoral Audit and Reforms Committee to audit the body’s 2016, 2018 and 2020 elections.

The committee, headed by Ayo Akintunde (SAN), is expected to also recommend reforms for future electoral systems and processes.

Meanwhile, some lawyers have expressed doubt on the ability of the New NBA founders to actualise their dream of being a rival national body considering that it would require legislative backing from the national Assembly, while membership strength would have to cut across the country.

This is not the first time aggrieved members would try to pull out from a rival national body.

Speaking in an interview with BDSUNDAY, Jhon Bayesha, an Ilorin-based lawyer and senior advocate of Nigeria (SAN), condemned the move by the founders of the new NBA, stressing that the group would not see the light of day.

According to him, “The New NBA action is trash that can’t survive, there is absolutely no need for that, and it is done in bad faith.

“Their major reasons are because Kaduna state governor’s invitation was withdrawn in the just ended national conference, though I did not agree with that decision but it was the views of the majority of the members and the NBA NEC and we have to respect that.

“But I am happy that some of our colleagues, even those from the North have spoken against it, that it is wrong. If every aggrieved lawyer is going to set up the NBA how many are we going to have?”

Also speaking in similar vein, Senior Advocate of Nigeria (SAN) and former commissioner of Justice in Abia State, Awa Kalu, expressed confidence that the NBA is not going to split despite the on-going crisis rocking it.

Kalu, who is also a professor of law,
said the association is a body recognised by law and therefore, cannot break.

“The withdrawal of the invitation of the Kaduna State Governor as panelist at the conference should not be seen as sectional. For you to accuse the NBA of sectionalism, you need to know how many speakers were invited and where they come from,” he said.

According to him, “You need to know the geographical spread of the invited guests and panelists. Except that is done, the accusation of sectionalism is baseless.

“The NBA is not going to split; it is a recognised body both locally and internationally. The withdrawal of an invitation should not be a sole cause of anger.”