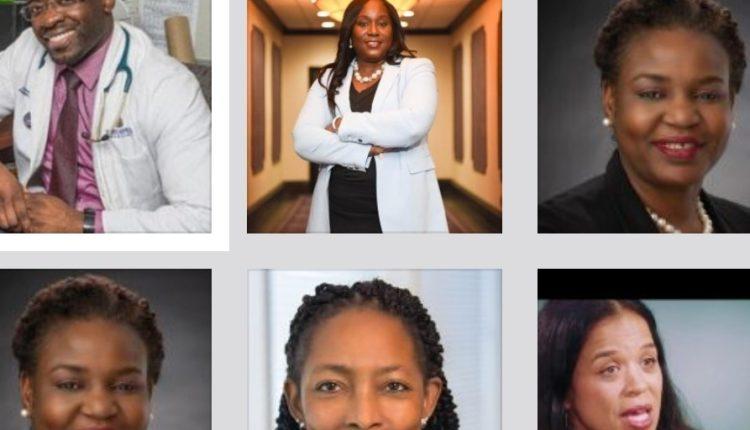 While Nigeria’s health system is gasping for breath amid a torrent of brain drain in the healthcare sector, high-profile health professionals of Nigerian descent are grinding hard to strengthen health systems in the diaspora.

Here are just 10 of them and how they are growing healthcare systems across the globe.

Ihekweazu is currently the assistant director General for the Division of Health Emergency Intelligence and Surveillance Systems in the Emergencies Programme of the World Health Organization (WHO), leading the WHO Hub for Pandemic and Epidemic Intelligence.

He was the first director general of the Nigeria Centre for Disease Control (NCDC) and led the agency between 2016 and 2021. He led the transformation of the agency to one of the leading national public health agencies in the world.

He is a graduate of the College of Medicine, University of Nigeria and holds a Masters in Public Health (MPH) from the Heinrich-Heine University, Dusseldorf, Germany. In 2003, he was awarded a Fellowship for the European Programme for Intervention Epidemiology Training (EPIET) and subsequently completed his Public Health specialization at United Kingdom’s Faculty for Public Health.

Adejoke Ayoola is a Nigerian-born and trained professor of Nursing who was appointed the dean of Calvin University School of Health, United States in June 2022.

She is an accomplished scholar and leader who has made vast contributions to the research of community-based nursing, and maternal and infant health.

Ayoola who is a member of the American Association of Nurses, the Honors Society of Nursing, Sigma International, and the Midwest Nursing Research Society currently serves as a reviewer, and associate editor on the editorial board of 12 scholarly publications.

She earned a bachelor’s and master’s degrees in nursing from the Obafemi Awolowo University in Nigeria and acquired a Ph.D. from Michigan State University.

She has been a member of Calvin’s faculty since 2007, supporting nursing and public health programs and most recently chairing the nursing department.

She served as a Robert Wood Johnson Foundation Nurse Faculty Scholar between 2012 and 2015, a program involving intensive leadership training in academic nursing. In 2020, she was inducted into the American Academy of Nursing.

Nneka Mobisson-Etuk is co-founder and CEO of mDoc, a social enterprise that integrates proven methodologies in quality improvement and behavioral science with web and mobile-based technology to optimize the end-to-end care experience for people living with chronic health needs such as diabetes, hypertension, and cancer.

Prior to mDoc, she was executive director for Africa at Institute for Healthcare Improvement (IHI), a leading global health organization focused on healthcare quality improvement. Through her leadership, IHI dramatically expanded its efforts at building sustainable change in healthcare delivery systems in priority African countries.

A pediatrician by training, Nneka was previously Vice President of Community Health and Population Health Management at the Connecticut Hospital Association, where she provided leadership to hospitals in population health management.

At McKinsey & Company, she worked primarily in the area of strategy development for healthcare companies. At The World Bank, she worked on investing in private health care and developing the health care strategy for Africa.

She earned a bachelor’s in Mechanical Engineering from MIT, her MPH from Emory University, and her MD/MBA from Yale University and completed her Pediatrics residency at The Children’s Hospital of Philadelphia. She is a 2017 Cartier Awards Finalist and a 2014 World Economic Forum Young Global Leader.

Phillip Ozuah is currently the chief executive officer (CEO) of Montefiore Medicine, the umbrella organization for Montefiore Health System (MHS), and Albert Einstein College of Medicine in the United States.

The professor of Pediatrics and Epidemiology has up to 25 years at Montefiore Medical Center, a hospital, providing care services in geriatrics, neurology, cardiology, immunology, oncology, pharmacy, radiology, surgery, and urology among others in the State of New York.

He has been recognized for excellence in teaching and patient care, including as an inductee into the Alpha Omega Alpha Honor Medical Society and a two-time recipient of the Academic Pediatric Association’s prestigious Helfer Award for Innovation in Medical Education.

In July, he donated $1 million to UI’s College of Medicine.

Iroku-Malize serves as founding chair and professor of family medicine for the Donald and Barbara Zucker School of Medicine at Hofstra/Northwell in Hempstead, New York, and senior vice president and chair of the family medicine service line for Northwell Health.

As the first chief health equity officer of the Swedish Health Services, Nwando Anyaoku oversees programs that promote culturally competent care, measure equity in care delivery and outcomes, and improve access for patients from all backgrounds.

She currently serves on the boards of Neighborcare Health and HealthierHere.

She received her medical degree from the Faculty of Medicine, University of Nigeria, Nsukka, and has been in practice for more than 20 years.

She is specialized in the woman’s reproductive tract, pregnancy, and childbirth. She is the current president of the Association of Nigerian Physicians in the Americas (ANPA).

Anyaogu She received dual sub-specialty training in Internal Medicine and OBGYN at the Montefiore Medical Center and Albert Einstein College of Medicine in New York. She completed her master’s degree in Public Health at Columbia University and has a special interest in maternal mortality.

His clinical research involves multi-center clinical trials utilizing islet cell transplants to re-establish insulin production and other beta cell function in people with established Type 1 diabetes. His bench research is focused on identifying unconventional lymphocytes and studying their role in the pathogenesis of Type 1 diabetes to possibly target them for future immunotherapies.

Born and raised in Brooklyn, New York, Giwa earned his Bachelor of Science degree with a Supplementary Major in Spanish at the University of Notre Dame in Indiana and his medical degree from the University of Pittsburgh School of Medicine.

He completed his residency in pediatrics at the University of Chicago Comer Children’s Hospital before beginning his fellowship in pediatric endocrinology at John Hopkins Children’s Center, where he currently works as a physician-scientist.

Pediatric endocrinology is a medical subspecialty dealing with disorders of the endocrine glands, such as variations of physical growth and sexual development in childhood, diabetes, and many more. Pediatric endocrinologists, depending upon the age range of the patients they treat, care for patients from infancy to late adolescence and young adulthood.

The professor of surgery in the Division of Public Health Sciences at Washington University School of Medicine in St. Louis is the second physician-researcher named as part of the School of Medicine’s new Physician-Scientist Investigators Initiative, which supports pioneering physician-scientists whose work already has transformed their fields.

Toriola is a molecular cancer epidemiologist who joined the faculty in 2012. In addition to his physician training, he also received further training in public health with an emphasis in cancer epidemiology and prevention.

As a public health scientist, Toriola is investigating ways to reduce the risk of premenopausal breast cancer and also colorectal cancer.

He is a principal investigator on two grants from the National Institutes of Health (NIH) – one funds research to understand the molecular basis of breast density and the mechanisms by which dense breasts increase the risk of breast cancer; the other, a MERIT Award, supports a phase 2 clinical trial evaluating whether targeting a signaling pathway can reduce breast density and levels of biomarkers known to increase breast cancer risk.

Nwamaka Eneanya is currently an attending nephrologist and assistant professor of Medicine at the University of Pennsylvania.

Prior to this, she was a nephrologist at Massachusetts General Hospital and an assistant professor of Medicine at Harvard Medical School.

She holds an undergraduate degree from Cornell University, a medical degree from Meharry Medical College, and a master’s degree in public health from the Harvard T.H. Chan School of Public Health.

She is a clinical investigator with research interests that center on palliative care, informed decision-making, and health equity among patients with advanced chronic kidney disease and end-stage kidney disease.

Her work has been generously supported by the National Institutes of Health and the American Society of Nephrology.

She has received national and international recognition for her research and clinical expertise and her work has been featured in prestigious journals such as the New England Journal of Medicine, JAMA.

In 2018, she was the recipient of the Provost’s Faculty Opportunity Fund at the University of Pennsylvania.