Over the years, the Nigerian electricity sector has faced a number of fundamental issues, including technical and commercial misalignment.

The technological imbalance is primarily due to a lack of infrastructure, according to experts.

The Nigerian Bureau of Statistics has issued a report on the state of the sector captured in the charts that follow. 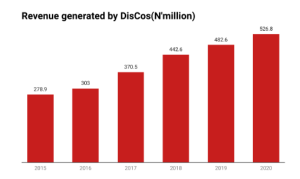 The entire amount of money made by distribution firms in 2020 was N526.8 million, according to the latest National Bureau of Statistics data.

The report said that this is the most money raised in the last six years. 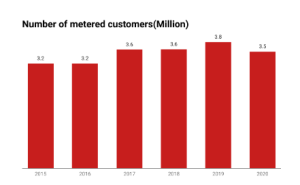 Except for 2020, the trend of metered users has exhibited annual positive growth rates in a row.

In comparison to other DisCos, Abuja Electricity Distribution Company (AEDC) has the most metered consumers in 2020. 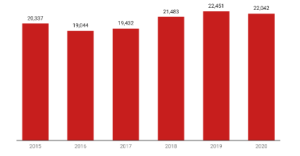 The price of electricity delivered to clients during the review period has been fluctuating. In 2015, Nigeria supplied 20,337.40 Gigawatt hours (GWh) of electricity. 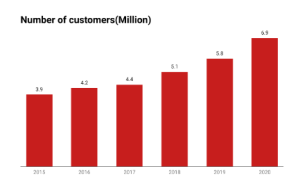 As indicated in the graph, the number of customers of Nigeria’s electricity distribution companies has risen steadily over the last six years.

According to NBS, when the number of consumers by DisCos was disaggregated between 2015 and 2020, IBEDC had the greatest customer numbers compared to other DisCos.