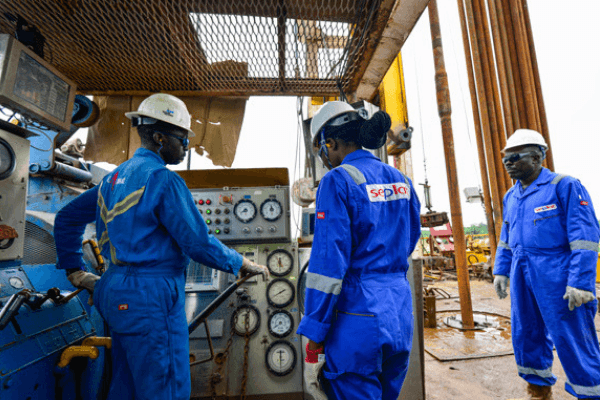 The decline in crude oil prices has plunged Seplat Petroleum Development Company Plc, Nigeria’s largest listed Oil & Gas firm by market value, into a loss before tax of $145 million in the first half of 2020, according to an unaudited report published Wednesday.

Seplat had declared a profit of $120.4 million in the comparable period last year.

The impairment cost Seplat a whopping $160.9 million, the cost includes $146.0 million IAS36 impairment on revaluation of assets and $14.8 million impairment of financial asset.

“The impairment is primarily as a result of re-assessment of future cash flows from the Group’s oil and gas properties due to significant fall in oil prices,” Seplat said.

The above development reflected in the company’s earnings as revenues fell to $233.5million in the first half of the year, down from $355.1 million in the same period of 2019.

“Our continued resilience is possible as a result of our financial strength, our careful management of risk and our prudent approach to capital allocation,” Austin Avuru, Seplat’s Chief Executive Officer said.

The tax credit is made up of a deferred tax credit of $39.0 million and a current tax charge of $3.9 million.

“The deferred tax credit is mainly driven by the underlift position and tax loss for the period,” Seplat said.

Seplat also announced it has hedged 1.5 million barrels at $45 per barrel for the first three quarters of 2020 and another 1.5 million at $30 for the final quarter of the year.

“Our oil hedging strategy and gas revenues continue to protect the business from price volatility, we are achieving substantial cost reductions from our suppliers and are managing our own costs even more carefully in this challenging period,” Avuru noted.

“The lower volumes reflect higher downtime at third-party infrastructure and a planned 15-day shutdown of the Oben Gas Plant for turnaround maintenance in March,” Seplat said.

Gross profit decreased to $37.7 million from $207 million due to lower revenues and higher non-production costs primarily consisting of royalties and DD&A which were $119.7 million compared to $96.6 million in the prior year. Eland revenues and costs are included in H1 2020 but not reflected in H1 2019.

Capital expenditures in the period stood at $85.9 million and included $64.6 million drilling costs in relation to the completion of development wells, pre-drill and ongoing drilling operations costs for two development wells and associated facilities development, and engineering costs of $18.9 million.

“The cash position is also robust because our careful management of debt has ensured that the majority of obligations mature in 2022 and 2023. We are operating within our covenants on all our lines of debt,” Avuru said.

Seplat received total proceeds of $4.7 million in the period under the revised OML55 commercial arrangement with BelemaOil for the monetisation of 68,000 barrels. The joint venture payment of $30.0 million reflects an additional equity contribution towards the ANOH Gas Processing Plant project.

“We continue to address costs across the oil business and are renegotiating supplier contracts in line with directives from our Government partners to achieve cost savings of at least 30percent,” Seplat said in its half-year report.

At OML 40, Seplat successfully reduced barging costs from $14 per barrels to $9 per barrels and the company believe further cuts will be achievable with the use of larger barges to evacuate liquids from Gbetiokun.

In the first half of 2020, Seplat completed the drilling on five oil wells such as Sapele-35, Ovhor-6ST, Ovhor-20, Ohaji South-5, and Ohaji South-6 while Eland completed the Gbetiokun-5 well, which is producing around 5,000 bpd, while an extended well test at Ubima is running at 1,200 bpd.

The company’s two big infrastructure projects are progressing; the ANOH gas project, where it is working with Shell, should reach first gas in the fourth quarter of 2021, delayed from the first quarter of 2021 while the Amukpe-Escravos which should be operational in the second half of this year has been delayed because of access problems at the Escravos terminal.

“I hand a robust and successful company over to Roger Brown in the confidence that he and everyone at Seplat will make its second decade even more successful than its first,” Avuru concluded.