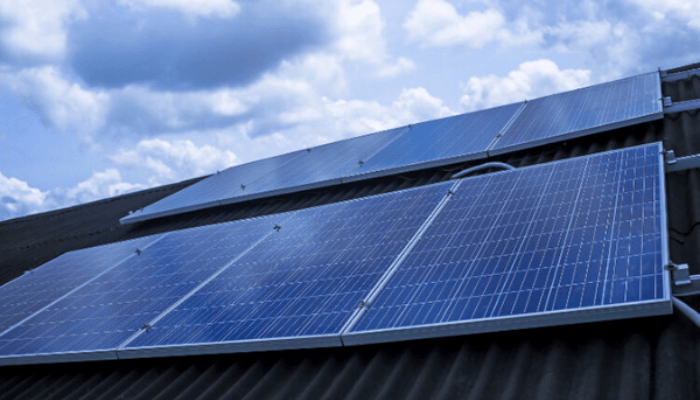 Africa’s biggest economy has recorded a 38percent growth in the sale of off-grid products to 628,000 in 2021, data sourced from a renewable energy report by REN21, a think tank, and a multistakeholder governance group focused on renewable energy policy shown.

According to REN21, Nigeria’s off-grid market is gaining strides through the Nigeria Electrification Project (NEP) which aims to electrify 300,000 households and 30,000 local enterprises through private sector-driven solar-hybrid mini-grids by 2023.

Apart from NEP, the report acknowledged the Nigerian market for off-grid solar products is coordinated by the Rural Electrification Agency, which aggregates various programmes including the Renewable Energy Fund (which delivered 6,805 solar home systems as of 2020), the Nigeria Electrification Project and Power Africa.

“As a result of these efforts, Nigeria recorded high sales (240,000 units) in 2021, with a significant increase in PAYGo sales. The country also is the largest market in West Africa for solar appliances, which grew 38percent in 2021 compared to the second half of 2020,” the report acknowledged.

“The West African market has shown strong, steady growth since 2019, with sales up 77percent between the first and second quarters of that year,” REN21’s report said.

The report showed Burkina Faso is West Africa’s second-largest market for off-grid solar products with 85,113 devices sold in 2021, followed by Benin with 71,240 devices and Senegal, which recently enforced a value-added tax (VAT) exemption on solar products.

“While these markets are in a growth phase, others in the region – including in Côte d’Ivoire, Liberia and Ghana – are shrinking, with low demand,” the report noted.

“India dominated the region with 785,711 devices sold, although sales were down 66percent compared to 2019,” report by REN21 said.

“Due to ongoing grid-connection efforts in the country, the Indian market is moving away from off-grid solar products to grid-connected products. East Asia and the Pacific have a modest market for off-grid solar, with 258,454 items sold in 2021, mainly in Papua New Guinea (111,616 devices) and the Philippines (86,891 devices).68 Sales in the region have quadrupled since 2019,” the report added.

The report observed that many mini-grids are owned by national utilities, whereas others are under private, community or hybrid ownership.

“Minigrid development traditionally has been driven by utilities and nongovernmental organisations, but in recent years private developers also have entered the space,” the report noted.

The report said there is no universally proven business model that works everywhere and is completely commercially viable without donor or public support.

“National governments have provided fiscal and regulatory support to the sector through VAT exemptions and policies, such as Kenya’s new mini-grid regulation in 2021,” the report explained.

As temperatures in the UK hit the highest-ever on record at over 40 degrees Celsius (104 F) this week, solar power output hasn’t set records and is unlikely to do so amid very high temperatures, scientists say.

On Tuesday, a provisional temperature of 40.3 C (104.54 F) was recorded at Coningsby in the UK, the UK’s Met Office said, adding that it was the first time on record temperatures in the UK have exceeded 40°C.

However, power output during the heat wave has dropped below the levels that are typically reached during the spring when there is sunshine, but temperatures are cooler.

“It’s because of this balance between irradiance and temperature that the record for peak half-hourly generation is always in April or May, because that’s when we get sunny but relatively cool weather,” Jamie Taylor, a senior data scientist at Sheffield University, told the BBC.

While solar output has been relatively high in recent days, it hasn’t broken any records, according to trade association Solar Energy UK.

During very high temperatures, a very high number of the electrons on the solar panel are excited, which reduces the generated voltage and the panel’s efficiency.

Hot weather could reduce the efficiency of solar panels by between 10 percent and 25 percent, according to U.S. solar equipment distributor CED Greentech.

“It may seem counter-intuitive, but solar panel efficiency is affected negatively by temperature increases. Photovoltaic modules are tested at a temperature of 25 degrees C (STC) – about 77 degrees F., and depending on their installed location, heat can reduce output efficiency by 10-25%. As the temperature of the solar panel increases, its output current increases exponentially, while the voltage output is reduced linearly,” CED Greentech notes.

But when a panel heats up too much, its electrons are already in an excited state once sunlight is absorbed, reducing efficiency and the voltage it can generate.

Depending on where a solar panel is installed, high temperatures can reduce its electricity output efficiency by anywhere from 10% to 25%, according to CED Greentech, a leading solar panel equipment supplier in the U.S.

And with temperatures in Spain, Britain, and other European cities already surpassing 40°C or expected to hit that mark soon, solar energy’s output could soon take a hit, and Germany’s record-breaking solar power generation last week may end up as an outlier.

“Solar likes sunshine, but it doesn’t like being hot,” Alastair Buckley, a professor of organic electronics at the University of Sheffield, recently told the Daily Mail.

“We’re very unlikely to see any solar records broken this week—simply because it’s so hot and solar panels are less efficient in the heat,” he added.

Even solar panel providers have said that solar output could hit a ceiling as a result of high temperatures.

“The last few days have seen about 10% of Britain’s electricity come from solar. The heat itself, however, brings down the efficiency of the panels slightly, so we don’t expect to see records set,” Chris Hewett, chief executive at trade association Solar Energy UK, told Fortune.