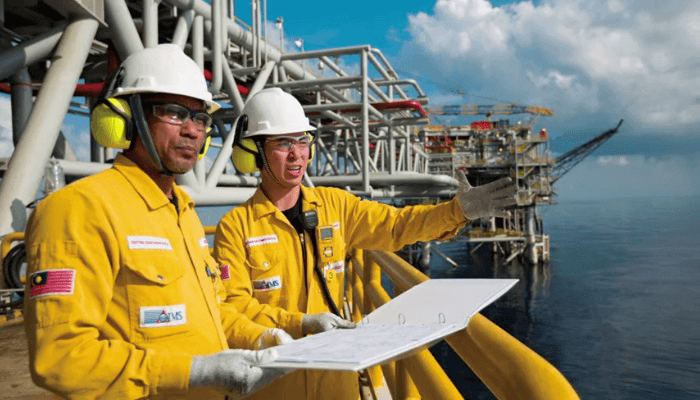 While Nigeria is struggling to attract investments into its energy sector, ExxonMobil, the United States’ largest independent oil and gas company has made a new hydrocarbon discovery at the Bavuca South-1 exploration well offshore Angola, the first discovery in 20 years.

ExxonMobil says it is undertaking new technology installation and a multi-year drilling programme at Block 15 to achieve a production capacity of approximately 40,000 barrels of oil per day (boepd).

The American multinational says following the drilling of the well in 1,100m of water using the Valaris DS-9 rig, the partners identified 30m of ‘high-quality’ hydrocarbon-bearing sandstone. The discovery is located approximately 365 km north-west off the coast of Luanda.

The latest discovery marks the 18th discovery in Angola Block 15.

“Angola’s National Oil Companies (NOC) has taken the business seriously and are putting cash flows to areas that would boost production,” Etulan Adu, a production engineer in the oil and gas sector, told BusinessDay.

He said a good business environment, attractive fiscal regime and economic prospect is a game changer. “With this trend, Angola is ready for a boom,” he said.

“This is a structural shift that’s been happening for a decade and will be ongoing. The good news is that there are buyers, mainly independents and indigenous players,” Etulan added.

For a frontier market with the population of Nigeria, oil majors not looking in its direction should be a big worry for the government as it has dire implications for economic growth.

Experts say Nigeria is punching below its weight in terms of attracting the right kind of investments in its energy sector, as foreign investment now accounts for just a fraction of Africa’s biggest economy, with policy uncertainties and security issues also weighing on the mind of overseas investors.

“The significant drop in investment by these IOCs in Nigeria goes beyond capital discipline alone,” Simon Anderson, director, performance improvement sub-Saharan Africa at Wood Mackenzie, said in a note.

It said, “Some Nigeria assets may be under-invested, resulting in potential upside opportunities.”

Nigeria has the capacity to pump around 2.2 million bpd of crude and condensate but in recent months, its output has hovered around one million bpd. The country only pumped 1.02 million bpd, for the first time since June this year, according to the Nigerian Upstream Petroleum Regulatory Commission (NUPRC).