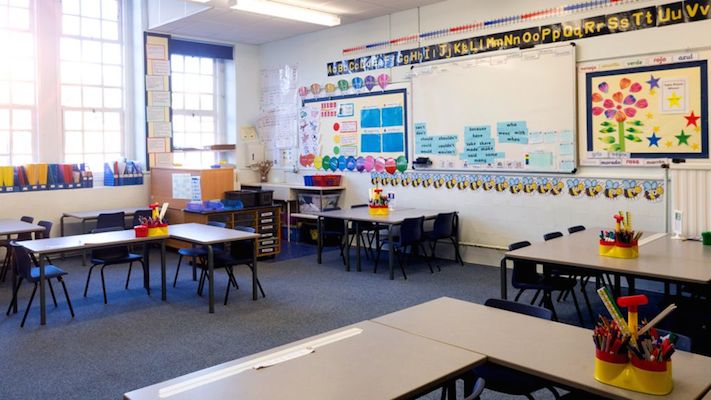 While rapidly increasing tuition and declining currency value have made it difficult for some senior government officials to legitimately afford the cost of a UK education, a new report shows politicians in Nigeria and Ghana are using unexplained wealth to sponsor their wards to British schools.

According to the report titled ‘West African Elites’ Spending on UK Schools and Universities: A Closer Look,’ the illicit finance which emanates from Nigeria to a lesser extent, Ghana; is likely to exceed £30 million annually.

While it was not easy to estimate the overall value of the flow, the report launched by the Carnegie Endowment for International Peace in partnership with the Foreign, Commonwealth and Development Office (FCDO) said 5 percent of university students and 30 percent of private boarding school students from countries in West Africa have financial links to politically exposed persons (PEPs).

“One of the reports key findings is that many Nigerian graduates of UK schools and universities are children of PEPs who have been convicted of corruption-related offences or had assets confiscated by UK courts,” Matthew T. Page, a scholar at the Carnegie Endowment said.

Even though the PEPs themselves may have modest legitimate earnings and opaque asset profiles that in other circumstances would raise serious financial concerns, the report said, the relative lack of scrutiny and review by the immigration officials, admission staff, and UK law enforcement has allowed some West African PEPs to channel unexplained wealth into the UK education sector.

The report explained that, while the overwhelming majority of West African students in the UK pose little or no corruption risk; their families do not possess unexplained wealth and they are not linked to PEPs, the demand for places at UK private boarding schools and universities by mostly Nigerian political elites will exacerbate corruption risks to the country’s education sector.

“Tackling illicit corruption in Nigeria is critical to the country’s prosperity and security, and addressing poverty and inequality. The UK is working in partnership with Nigeria to tackle corruption and illicit finance and has excellent relationships with Nigerian agencies and civil society who are fighting corruption,” British High Commissioner to Nigeria Catriona Laing said.

According to Laing, the UK has a zero-tolerance approach to corruption and remains committed to tackling it wherever it happens, including in the UK education system.

Recognising the risk illicit financial flows from Nigeria and other parts of the world poses to the UK and its educational sector, the British Government on Friday told BusinessDay that the UK educational institutions are beginning to incorporate anti-corruption guardrails into their practice.

“For example, the Independent Schools Bursars Association and Independent Schools Council are fully engaged with the NCA/JMLIT report and have committed to preventing proceeds of crime from entering the UK and preserving the reputation of UK independent schools. Equally, UK government agencies are committed to implementing policies to effectively combat illicit financial flows into the UK,” he said by mail.

Further analysis of the report shows that the UK education sector’s reaction to the criticism from the country’s law enforcement agencies on their failure to proactively identify and report suspicious financial transactions has been mixed.

The report said some groups have heeded calls for reform, but others have bristled at such outside criticism. “Two professional bodies—the Independent Schools Council and the Independent Schools’ Bursars Association—encouraged their member schools to tighten AML safeguards and file suspicious activity reports (SARs) as appropriate.”

It, however, explained that another body—the Headmasters and Headmistresses’ Conference (HMC) pushed back on government concerns, stating that “there is no evidence we are aware of that any school has ever knowingly taken illicit payments and it is entirely wrong for anyone to suggest so,” that “schools exist to educate children and we are not experts in detecting signs of international crime,” and that “every school now has an updated procedure to help them check the provenance of funds.”

“UK educational institutions still rarely flag suspicious transactions. Out of roughly 480,000 SARs submitted to the NCA in the 2018/2019 fiscal year, UK schools and universities submitted just 24 —a miniscule number and fewer than the previous year. Likewise, examples of clear AML failures are not far from the headlines,” Page said.

According to the scholar, in July 2020, for example, the NCA seized over £1 million from one such individual: a convicted Nigerian fraudster living in the United Kingdom. In addition to living a lavish lifestyle well beyond his legitimate income, Page said his three children attended private schools with annual fees of £37,000 per child.

“This apparent gap between promised reforms and real-world outcomes suggests that the UK education sector could do more to protect itself from illicit cash flowing into it from West Africa and beyond.”

The report warned other countries which are top destinations for Nigerian and Ghanaian students with politically exposed sponsors.

“Educational institutions in Canada, the United States, and other countries that recruit elite students from West Africa are exposing themselves to the same corruption risks as their British counterparts,” it said, adding that, although the UK education sector continues to attract West African PEPs, illicit financial flows from the West Africa to boarding schools and universities in other Anglophone countries likely will increase over the coming decade, posing new anticorruption challenges for their policymakers.