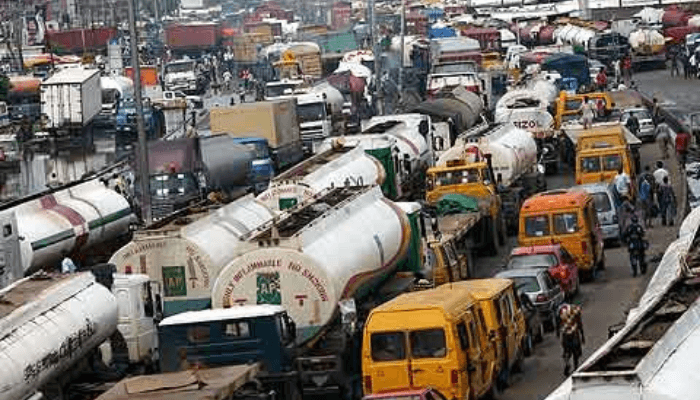 Daily experience in Lagos, in terms of commuting from one point to another, vigorously reinforces the Economist Intelligence Unit’s verdict that Lagos is the second worst liveable city in the world.

With a relatively low score of 32.2 percent in the global ranking, Lagos was just a little above Syria’s war-turn capital, Damascus. But Lagos is not at war of any kind except, perhaps, with itself judging from the chaotic and congested traffic situation that is a real war on its roads.

Besides housing, which is grossly insufficient, transportation is a huge challenge in Lagos—a megacity that aspires to be Africa’s model megacity according to its 30-year development plan released recently.

Apart from the vehicle inspection officers (VIO) whose ‘misfunction’ on the road contrast with their uniform, there are also the LASTMA officials who have transited from traffic management to private cars policing

The huge and pervasive traffic congestion in Lagos is understandable and easily relatable to the obvious fact that transportation in the city is largely road-based. By the last check, road transportation accounts for over 90 percent of the city’s transportation system.

It amounts to emphasising the obvious for us to say that over 50 percent of the road networks in the city, especially those categorised as federal roads, are in deplorable condition, making Lagos a city where a commuter spends over five hours moving from one part to another. It is incredible.

Apart from the poor state of the roads, endless and seemingly uncoordinated reconstruction and repair works are also a major problem of road transportation in this city. Today, going to the Island from the Mainland is difficult because of the repair work on the burnt Akpongbon Bridge.

It is the same story going to Apapa, Nigeria’s premier port city, where the repair of a section of the Marine Bridge is making the driving experience a nightmare. Repairing the two bridges at the same time and at a very slow pace has increased motorists’ woes beyond measure. And these are not isolated cases.

It bodes well with officials of the state government who, at any given opportunity, tell the world that Lagos is a huge construction site. We don’t have any qualms with looking at the long-term benefits of such reconstruction.

But we see everything wrong with unnecessarily prolonged project completion timeline and the fact that at most of these project sites, especially those outside the city centre, traffic management by the contractors is zero and this causes terrible congestion, leading to accidents and longer travel time.

Other major problems of road transportation in Lagos are the unwholesome activities of both state and non-state actors who are everywhere on every road, as either self-seekers or revenue drivers. Apart from the vehicle inspection officers (VIO) whose ‘misfunction’ on the road contrasts with their uniform, there are also the LASTMA officials who have transitioned from traffic management to private cars policing.

Added to these ones are the real owners of Lagos roads called ‘Agberos’ who live on the road, by the road and for the road. They are an alternate government and a brute force that is clearly above the laws of the state. Their mode of operation is defined by them and it transcends all civilised manners.

Their language is short and simple—bring money or, in the local parlance, ‘owoda’. Any resistance or delay is risky because it is considered an affront that cannot be tolerated or condoned. Their voice is law—unwritten yet enforced to the letter because even though they are non-state actors, the state recognises them and allows them unfettered possession of the space they occupy.

Because of them, Lagosians, in the last four days, have had to trek long distances or pay more than double their fares to get to their destinations. This is because commercial bus drivers, who could no longer cope with endless taxes and levies from these road owners, decided to withdraw their services.

We are worried about all these and we believe there are other Lagosians who share our feelings and concerns. We expect the government to worry also or worry more if they are already as worried as we are over Lagosians harrowing experience on the roads.

Read also: Why Nigeria must look beyond road in transport infrastructure

Governor Babajide Sanwo-Olu had a very robust and fascinating electioneering campaign in 2019 with his THEMES agenda. THEMES is an acronym for Traffic Management and Transportation, Health and Environment, Education and Technology, and it represents the state’s strategic development agenda.

We expected that given the great emphasis on ‘Traffic Management and Transportation’ during the campaign, three and half years down the line, the traffic and transportation challenges in the state would have been contained significantly.

Now, the state is expanding exponentially in terms of population and business activities, which means the number of vehicles, private and commercial, are also on the rise. This means too that rather than reducing, the chaos and congestion on the roads will continue to increase unless something happens.

We are, therefore, calling on the authorities of the state government to rethink road transportation in the state and, in our opinion, the time to do that is now. Lagos is a coastal city and has got enough water bodies to develop its water transportation fully. What is happening in that sector now is just an apology.

Rail systems anywhere in the world are for mass transit. We are glad that today, the state is hands-on developing what it calls Blue Line and Red Line rail tracks. If they don’t go the Lagos-Badagry Expressway, by December this year and the first quarter of 2023, they will be delivered, respectively.

That, we hope, will make a difference but the impact will be minimal given the population and the areas they will cover. For that reason, we urge the state government to invest more in the rail system to connect more communities and encourage less use of road transportation. These, we hope, will make the city flow like other world cities in its league. And the time for action is today.