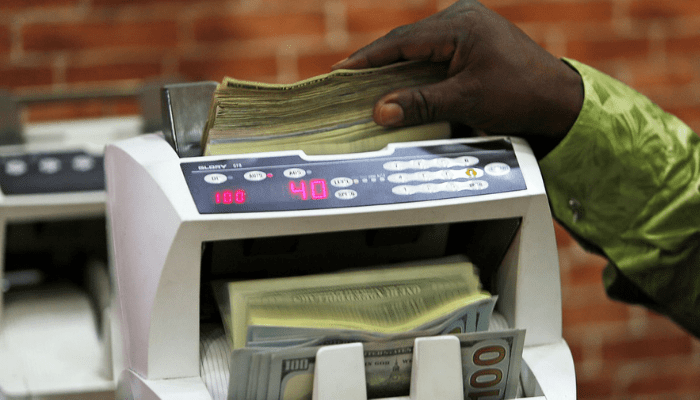 The Central Bank of Nigeria, (CBN) after its last Monetary Policy Committee (MPC) meeting announced to the surprise of all and sundry that it would no longer sell foreign exchange (forex) to Bureaux De Change (BDC) operators in the country. According to the super-structural monetary regulatory body, the BDC operators have not reciprocated the gesture to maintain price stability in the market, and were also found culpable of rent-seeking behaviours that caused the Nigerian financial system a lot of price instability.

Meanwhile, the Nigerian economy is currently battling with weak economic growth rate, high inflationary pressures and exchange rate volatility. With high unemployment rate, quite a number of able-bodied Nigerians who are willing to work could not find jobs. In this regard, the CBN introduced a number of measures to inject life back into the economy through its development functions. In this spirit, the apex monetary authority sold foreign exchange to BDC operators with a view to addressing exchange rate volatility. That was not to be.

What the above arbitrage opportunities mean is that, a BDC that gets $20,000 weekly even with a N50 arbitrage opportunity will make a million naira profit weekly, translating to N4 million monthly and N52 million annually. Only a few small and medium enterprises (SMEs) make this kind of returns annually.

The decent BDC operators in the country should have seen the writing on the wall and ought to have called their erring colleagues to order. This was more so from the point when 400 financiers of Boko Haram activities were arrested in April this year in Kano, Borno, Abuja, Lagos, Sokoto, Adamawa, Kaduna and Zamfara states. Even with that discovery alone, it was necessary for the CBN and other security agencies to monitor operations of the BDCs closely. As the saying goes, a leopard does not change its spots.

The CBN has now asked the deposit money banks to take over the sales of dollars to the public, a role that Nigerian banks have gladly accepted. After their meeting following the CBN announcement, banks’ CEOs have promised to supply enough forex to the market. They are willing to have many sales points so as to meet the demand for forex by different economic agents.

Few days after the announcement was made, the naira responded badly by depreciating to as much as N522 to the US dollar. This development has made stakeholders to insinuate that the latest CBN move would not have a positive impact on the system. Better still, and according to such pessimists, it is dead on arrival. The onerous task is on the deposit money banks to prove critics wrong.

Nigerian deposit money banks should be aware that their corporate brand image is now at stake. A need-based mechanism must be instituted to ensure that those who truly need foreign exchange get it, and not the economic and cavalier rent seekers. Priority should be accorded the players in the real sector especially those in the agriculture and manufacturing domains.

With insurgency on the rise, coupled with frequent farmer-herder clashes, Nigerian agricultural productivity is under serious threat and a note of warning has already been sounded to Nigerian leaders that famine is imminent. The manufacturing sector needs to be back on its feet, not only to produce for local consumption, it should be solid enough to compete at the international market to generate foreign exchanges for the country.

As always, the media is ever ready to play its roles of objective reporting. At this juncture, the CBN must revisit its previous method of monitoring dollar sales in the country through the collation of monthly sales of forex by financial institutions and have this published on its official website. This publication of all monthly forex sales was implemented at the beginning of Governor Emefiele’s era but midway; this document mysteriously disappeared from the CBN’s website. We call on the CBN to reintroduce it for proper monitoring of the forex management in the country. Meanwhile kudos to the management of the CBN for this turning point. It could well be part of the road to the desired Nirvana as regards the quest for a vibrant Nigerian economy. We are watching and hoping for the best.