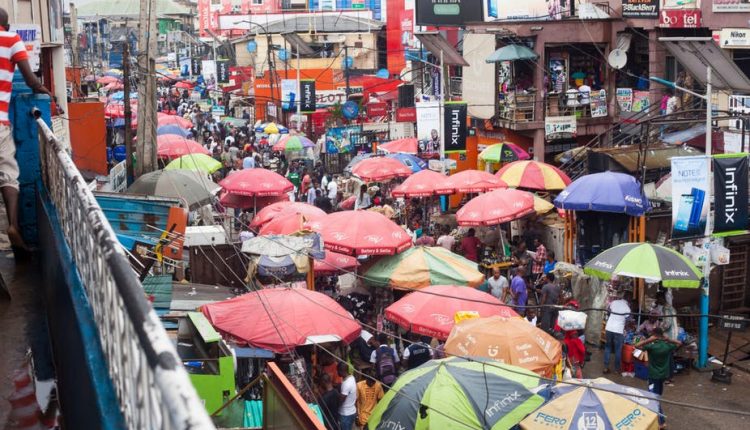 In 2019, the National Bureau of Statistics (NBS) and the Small and Medium Enterprises Development Agency (SMEDAN) came up with an interesting survey showing that the number of micro, small and medium enterprises (MSMEs) in the country jumped from 37 million in 2013 to 41.5 million in 2017. Lagos, Nigeria’s economic capital had 11.5 percent share (8.395 million) of the number.

The reason behind this growth is quite obvious. Between 2013 and 2017 – which mirrored periods of oil price decline and Nigeria’s economic slump – many young Nigerians lost their jobs and started their own businesses. Many of these young Nigerians were resident in Lagos where opportunities abounded.

According to the Lagos State government data, 6,000 Nigerians come into Lagos every day. Whether this is believable or not, the survey proved that many Nigerians within this period sought opportunities in the economic capital. Lagos has become a hub for virtually all businesses in the country – from finance to industry, ICT to energy.

However, the state’s tax system seems to cause more harm to small businesses than good. The website of the LIRS lists approved state taxes as personal income tax (imposed on individuals in employment or running businesses), Pay As You Earn (deducted from salaries), capital gains tax (paid on profit made from sale of capital assets like land), stamp duties (imposed on legal documents/ instruments), business premises (tax on property), land use charge (imposed on land used for business) and withholding taxes. However, Lagos has become a hub for touts who force small businesses to part with different forms of tax, levy and fee.

Our recent investigation showed that local governments have various charges ranging from shop permits to parking rates, television/ radio to “portion” permits. These mainly occur at the local government level. It is interesting that most of those taxes, levies and fees are not receipted as found by our reporter, putting transparency and accountability in doubt.

One of our respondents said he was asked to pay N200,000 for television/radio license even when he was not a media organisation, nor did he have anything to do with television or radio. Such backward-looking taxes do more harm to the state’s prospect of attracting more investors than good. Micro traders on the streets bear much of the brunt as their profits are often eroded and their capacities erased.

According to the survey earlier cited, MSMEs created 59.647 million jobs between 2013 and 2017. It is possible that the businesses created 6.86 million jobs in Lagos, judging by the 11.5 percent contribution of the state to the MSMEs numbers. It may even be more considering that the major activities took place in Lagos. Imagine what happens to jobs when touts and faceless entities and individuals force small businesses to part with huge amounts that are sometimes bigger than their entire profits.

In Nigeria, riding a tricycle for example has become fashionable as unemployment rises in the country. But the tricycle riders are also not spared. They pay one form of levy or the other.

The state government, on its part, must harmonise these taxes and make the system more transparent. Otherwise, it will continue to lose sizeable revenue to private pockets as found by our reporter, and small businesses will continue to search for friendlier environment. Many investors were driven from Lagos to Ogun State because of multiplicity of taxes in Lagos. In Ibikunle Amosun’s eight – year tenure (2011-2019) as Ogun governor, 304 companies set up plants in the states. Most of the firms have mere administrative offices in Lagos but factories in Ogun.

Local governments, on its part, must begin to take the issue of transparency seriously. What happens to use of official bank accounts or simple digital tools to plug leakages?