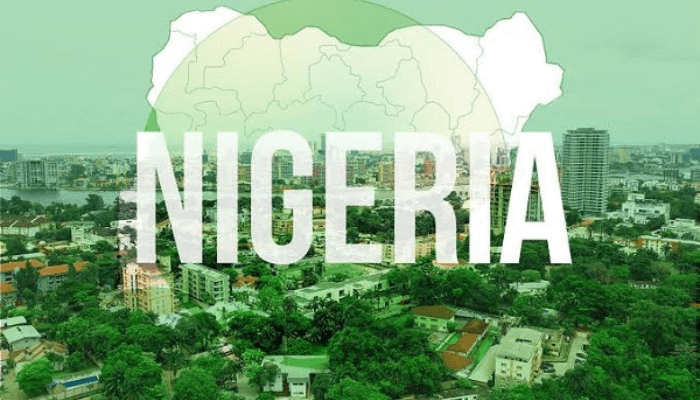 On October 1, 1960, when Nigeria got its independence from the British colonial masters the streets of the nation were agog with joy of freedom and aspirations of a better society.

Many were excited because the supposedly common enemies (the colonial masters) had gone. It was a common hope that with Nigerians at the helm of affairs the young nation will know this is new beginning for good.

Nigeria, at independence in 1960, was flourishing economically with abundance of natural and human resources. The country was leading others in the continent in terms of political, mineral and agricultural economy.

However, Nigeria, a country blessed with great potential, numerous human and mineral resources is today languishing in poverty and the citizens suffering because of the poor management of these resources

In fact, other African countries looked up to Nigeria as a big brother in times of their need. Politically, Nigeria was in the fore-front for the liberation of other countries in Africa.

The economic position of the country then was promising as it moved into the oil boom of 1974, quadrupling oil prices, and started implementing the subsequent development plans. The financial sector started growing in terms of structure and volume of activities from the 1970s up to the 1990s.

The industrial sector growth in the 1970s was not rooted in what Justin Lin referred to as “comparative-advantage-following” in his elucidation of inclusive growth. Industrialisation then was based on the import substitution industrialisation model, adopted in Latin America in the 1960s with problems of raw materials, foreign exchange and difficulty in the repatriation of profits.

However, Nigeria, a country blessed with great potential, numerous human and mineral resources is today languishing in poverty and the citizens suffering because of the poor management of these resources.

Our social lives, which began quietly in 1960 with the concern for other people’s well-being have been turned upside down with the highest levels of insecurity caused partly by the hegemonic ambition of one group, one tribe or one religion to dominate others, and by economic quagmire wrapped solidly in corruption and mismanagement since the advent of oil money into our economic calculations.

The insecurity we used to know was limited to sporadic attacks by some bandits in north-central, particularly armed robbery attacks in the south and, later, kidnapping on limited space also in the south.

It is regrettable that insecurity, kidnapping, ill-perceived killing and decapitation of innocent citizens, diminishing value of human life, including social injustice, which is negatively affecting the economic life of the citizenry, are ravaging the country like wild-fire.

In his Nigeria at 62 Independent message to Nigerians, Archbishop Daniel Okoh, the newly elected Christian Association of Nigeria’s president, noted that with the distressing situation we have found ourselves, the wicked appear to be having their way by making fortunes out of evil practices with impunity; and terrifying the upright, the pure, the meek, the voiceless, the honest, and the hardworking individuals in our society.

In the midst of all these quagmires, there is hope, he said, noting that though Nigeria had 23 years of uninterrupted democracy, it is still enmeshed in collective struggles.

It is quite unfortunate that after 62 years of independence, the country is still wallowing in subsistence agricultural economy, and is at risk of losing its employment potential due to insecurity in the farms.

And this is also reflective in the value of Nigeria’s currency. The naira has never seen so much humiliation before other currencies, but this is where we are with $1 exchanging for N437.24 (official) or N710 in the parallel market!

Barring political considerations, which should have no place in that institution, somebody needs to be given matching orders in the central bank, according to experts. What keeps the economy going for now is the service sector with rapid growth in information technology and the entertainment sub-sector. I hope there will be something to celebrate in the future. For now, let us be sober.

Nigeria at 62 is indebted beyond explanation, and the leaders are gallivanting around as if all is well. For posterity sake, the leaders of Nigeria should use this opportunity to rewrite the history of the country.

Nigeria, a once African economic giant, is wallowing in debts. How are the mighty fallen?

We however believe that identifying the cause of a problem is the first step in solving the problem, therefore, we call for proactive measures to tackle the nation’s challenges, if truly the ruling class has identified the problems.

We must take time to study how countries overcome their challenges and deplore proactive approaches in confronting the challenges of our time.

Although, making Nigeria better should be a collective work of both the government and the governed. Until the governed shows true interest in how Nigeria can be better – what have we done in that direction? All hands must be on deck, each of us should contribute his/her quota to make our country a better place to live in.

We join other well-meaning Nigerians worldwide to wish our beloved Nation, Happy birthday!