Lagos-Badagry Expressway and the December 2021 deadline 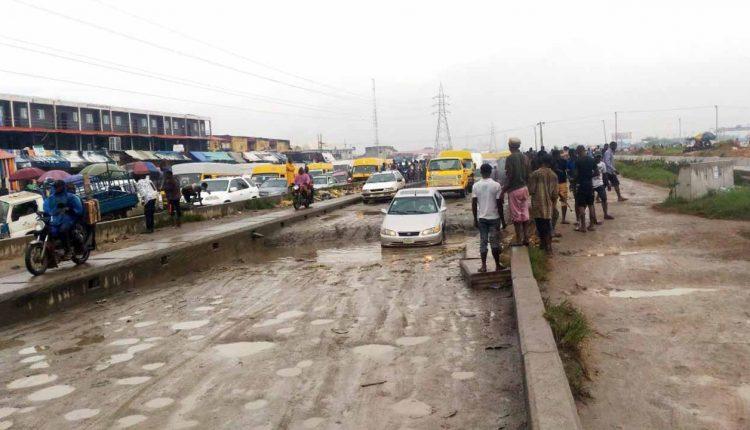 After 12 years, Lagos-Badagry Expressway (LBE) has joined the league of perpetual construction sites in Nigeria with far-reaching implications for residents, local property market and the economy of the state.

When in 2009 contract was awarded for the reconstruction and expansion of the expressway from its four-lane structure to 10 lanes with a light rail track in-between, the joy of residents, particularly motorists, property and business owners along the expressway was unparalleled.

Expectation was that the project would open up the West African market to Nigerian businesses and traders, and impact positively on property values, economic, commercial and social activities of people in that axis.

Though progress is being made in the last one years after a four-year zero-activity occasioned by the Akinwunmi Ambode regime in the state, Lagos residents are still struggling to come to terms with the reason, if any, for the undue delay in the completion of the project.

We are pained that 12 years on, a project that was scheduled to be completed in four years has scarcely attained 70 percent completion, causing a lot of dislocation and distortion in ecosystem, and changing both business and investment decisions along that axis.

The project has lasted for too long, more so when placed side-by-side with a similar project in Ethiopia that was awarded the same time and has been completed and put to use since the last six years.

Our hearts are, however, gladdened that Governor Babajide Sanwo-Olu appears to be determined to complete this project and that is reflected in what the contractor is doing on the expressway. Even that, what we see is too much motion and little movement.

The state government should see its completion as not just a moral duty, but also part of its efforts to boost international economic activities that could also increase its own GDP

Under the euphoria of his THEME agenda, the governor had visited the expressway shortly on assumption of office and raised the hope of residents of that largely ungoverned part of the state with a December 2019 completion date.

For obvious reasons bordering on enormous work still to be done, the governor has recanted, shifting the completion date to December 2021 which is less than five months from today.

We take the state government by their words; we believe them totally and urge them not to renege on that promise made to hapless Lagos residents in that axis whose daily suffering as a result of that endless construction is better left to the imagination.

The major means of transportation on that axis is commercial motorcycle popularly known as okada which has infested the area like ants, frequently causing major disruption in construction activities and further delaying the completion of the project.

The economic importance of that expressway to the West African sub-region cannot be over-emphasised. It is the gateway that connects Nigeria to Seme, Benin Republic, Ghana, Togo and others. The state government should see its completion as not just a moral duty, but also part of its efforts to boost international economic activities that could also increase its own GDP.

Like other projects in its class, Lagos-Badagry Expressway project tells the Nigeria story—story of a country where good ideas and projects could and are unduly delayed and sometimes abandoned for no justifiable reasons except for reasons that have primordial undertone.

Expectation is that the redevelopment of that expressway will increase the annual trade volume on this route which is said to run into billions of naira at the moment. Apart from trade facilitation, the human element should also be given serious consideration and this we canvass earnestly.

It is our belief that the completion of this project will impact positively on the economy of the state government because, apart from the regional trade that will be boosted, many companies have already positioned themselves to take advantage of the expressway and many more will relocate to this axis.

Besides these, many Lagos citizens have invested in property in this corridor only waiting for the expressway to be completed so they can move in. From these prospective residents and businesses, the state government will be generating enormous revenue that will enable it to provide more roads infrastructure and other social amenities for the citizens.

For these reasons coupled with the fact that the project is in the Lagos blue-print, Sanwo-Olu should muster the will power to complete it on schedule. Its continued delay amounts to mercy-killing for residents, businesses, motorists and commuters who are the ultimate beneficiaries of the project.