Nigerian roads are highways to hell 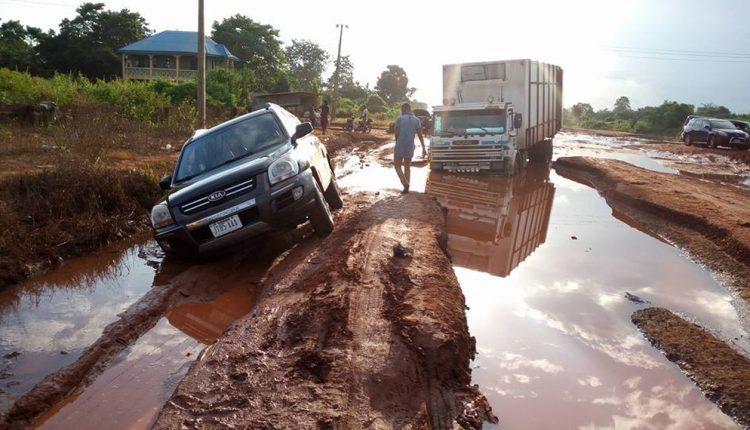 Approximately, Nigeria has 200,000 kilometres of roads. Of this number, 34,000 kilometres belong to the federal government and they constitute the class of roads called federal highways in the country.

The condition of these roads is so poor that only about 35 percent of the network is said to be motorable. A trip through many of these highways, especially those in the southern part of the country, confirms to any traveller that there are no better highways to hell.

Though there are efforts at addressing the country’s N3 trillion out of $15 trillion global infrastructure gaps, such efforts hardly make a significant and appreciable impact. Besides budgetary allocations, there have been interventions from direct foreign investment (DFIs).

The infrastructure tax credit scheme is another of such interventions as could be seen in the reconstruction of the 35-kilometre Apapa-Oshodi Expressway in Lagos being undertaken by the Dangote Industries at the cost of N73 billion.

The Sukuk funding for road construction which recorded 132.25 percent over-subscription in 2019 is yet another intervention. The second tranche of the ₦100 billion of the fund is meant to fund 28 road projects across the country.

These include the dualisation on of the Lokoja-Abuja-Benin; Abaji-Lokoja; Kano- Maiduguri; Oyo-Ogbomosho and Benin-Shagamu roads and the rehabilitation of the Enugu-Onitsha and Enugu-Port Harcourt roads.

It is unfortunate that despite these efforts, the roads remain death traps with craters and ditches. Perhaps, the reasons are not far-fetched. It is no secret that the cost of either constructing or maintaining a kilometre of road in Nigeria is extremely high when compared to other African countries.

A report by an Abuja-based Centre for Social Justice (CSJ) based on an earlier study by the World Bank estimates the cost of constructing a kilometre of road in Nigeria at between N400 million and N1 billion.

Placing these numbers side by side with the 200,000 kilometres of roads in the country makes roads infrastructure funding in the country a huge joke, meaning that poor funding and lack of commitment to the maintenance of existing ones are reasons for the death traps Nigeria has as highways.

It is another pain in the neck that contracts for road construction in the country are mostly over-priced. This also explains why road reconstruction projects last almost forever. A case in point is the reconstruction of the 127 kilometres Lagos-Ibadan Expressway awarded in 2013 at N167 billion, an equivalent of $1 billion at the time in terms of naira exchange rate to the dollar.

In the same year, a similar contract was awarded for the 1,028-kilometre Lagos-Abidjan road project. The Economic Community of West African Countries (ECOWAS) which awarded the contract estimated this project to cost between N167 billion and N240 billion.

The six-lane ECOWAS project is expected to connect five major cities in the region namely Lagos in Nigeria; Cotonou in Benin Republic; Lome in Togo; Accra in Ghana and Abidjan in Cote D’Ivoire.

This means, in other words, that the number of kilometres to be covered by that project is 8 times higher than Nigeria’s Lagos-Ibadan Expressway project, and the cost per kilometre is far lower than that of Nigeria.

At the projected maximum cost of N240 billion, the ECOWAS road cost per kilometre will be N234 million while the six-lane Lagos-Ibadan Expressway contract awarded at N167 billion costs N1.3 billion per kilometre. And that was seven years ago.

We are pained that in spite of its petro-dollar wealth, Nigeria’s highways are dilapidated and unmotorable such that travel experience on these highways are not only harrowing, but also expensive. For example, the journey between Enugu and Onitsha should not take more than an hour, thirty minutes, but now, it takes close to five hours.

It is the same experience for travellers on Enugu-Owerri; Enugu Port Harcourt, Lagos-Benin-Ore, Lagos-Badagry, Lagos-Ibadan Roads. Travel time and cost on each of these routes have increased by over 100 percent. That is not all. Traveling on these highways has health and security implications.

We urge the federal government to do more in improving the condition of these roads. The budgetary allocation to the roads sector should be given special consideration, especially now that the country needs increased economic activity to save its recessing economy. Time for action is now.

COVID-19: Nigeria reopening but measures must be stricter