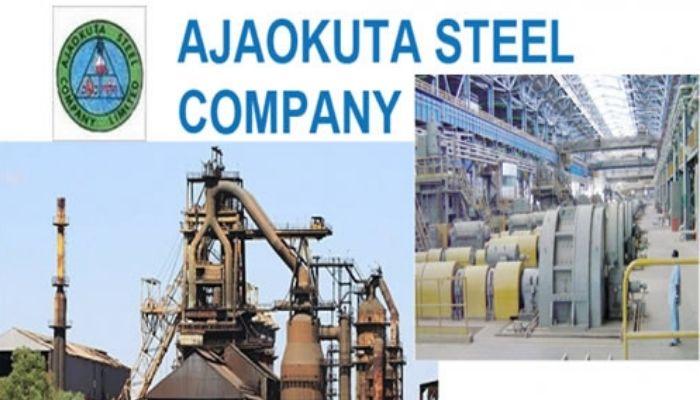 But despite these huge potentials, the country is still backward in steel production resulting in the nation spending billions of Naira annually in the name of capital flight.

A case in point is the moribund Ajaokuta steel project, which has the potential to provide about 15,000 jobs and offers the best bet for the take-off of Nigeria’s industrial age. Spending billions yearly in the name of paying idle workers’ wages and other entitlements is just ridiculous. Since the concession with the Indian company failed, the Federal Government should take a step further in ensuring that the country’s priceless asset is back on track by digging deep into the root of the protracted controversy which has hampered the plant and similar ones over the years.

We recall here that, plans for the Nigerian steel sector started way back in 1958, but 63 years after, the country is yet to establish a viable and functional iron and steel sector despite the huge investments over the years. During this period, so much had been said about resuscitating the plant, but little was done with about $15 billion already sunk into the plant between 1979 and the date

While the Ajaokuta Steel Company (ASC) has failed to take off, Delta Steel Company (DSC) and the three government-owned inland/satellite rolling mills in Oshogbo, Jos, and Katsina are working under low capacity utilization. According to the Federal Ministry of Industry, Trade, and investment, the reasons for the poor performance of the Nigerian steel sector include inadequate funding, poor planning, and implementation and untoward political influences.

While the country spends a large portion of its foreign exchange on the importation of steel products it still invests heavily in the domestic production of steel. This is clearly a case of double jeopardy

For long, Nigeria’s steel requirement was met by imports from western nations particularly the US, Great Britain, Germany, Japan, and recently, by relatively cheap and sub-standard steel from some Asian nations. While the country spends a large portion of its foreign exchange on the importation of steel products it still invests heavily in the domestic production of steel. This is clearly a case of double jeopardy.

Even the privatization that was carried out in 2004 – 2005 did not revive the sector. Rather, it transformed the companies into private monopolies. Because the two integrated iron and steel companies in Nigeria (ASC and DSC) are unable to produce billets for the nation’s 20 steel rolling mills, the sector is dependent on imported billets. But due to the high cost of billet importation, many steel companies are unable to function. The few steel companies that are operational though at low capacities are dependent on the recycling of scrap iron and steel obtained mostly from municipal solid wastes.

Whereas, the reason for investment in the steel sector was to spur industrial growth. This informed the decision of the then Olusegun Obasanjo-led military government in 1979 to award a contract for the construction of the Ajaokuta Steel plant, located in the present Kogi State, with actual implementation commencing by the Shehu Shagari administration in the early ’80s. The plant was commissioned in 1983 when it was 95 percent completed.

At that time, light billets, wire rods, medium sections, and structural mills were in operation. It was planned then that the profits generated would provide the needed funds for the completion of the remaining 5% of the plant.

Unfortunately, after President Shagari’s removal from office in 1983, the plant was abandoned while most of its engineers trained in Russia to work in the plant, left to join other companies, and some retired.

Typical of every Nigerian project, it was stalled as government officials, especially during the military era, got bogged down with the international politics between the Western bloc and the then Soviet Union on the viability and desirability of owning an integrated steel plant by a third world country.

Efforts made by successive governments to revive the ailing industry have consistently failed. Regrettably, the comatose state of the steel industry is the reason the nation still relies on the importation of iron and steel from other countries, thus spending huge amounts of funds on capital flight annually.

Surprisingly, while Ajaokuta and other steel mills are dogged by controversy and lack of political will, similar companies like Mittal Steel of India conceived about the same period with Ajaokuta and the one in Ukraine that is over 105 years old is currently working at full capacity.

Under the Jonathan administration, the federal government set aside N3.921billion in the 2014 budget for the salaries of the idle workers and other recurrent expenditures at the Ajaokuta Steel Rolling Mill. Meanwhile, about double that amount was budgeted for the workers in 2021.

It is unimaginable that at this age and time, Nigeria is still importing slabs, roofing sheets, simple agricultural tools such as hoes, cutlasses, glassware, etc from other developing countries, thus enriching other countries’ economies.

This has to stop if the country must attain its target as an industrial giant. We urge the federal government to muster the political will to put the steel companies to use. In this era of insecurity, agitation for secession, and other social vices confronting the nation, making the sector functional will be a way of solving the problems. Over 74 percent of global steel companies have adopted the blast furnace mode of steel production; therefore the insinuation that the blast furnace technology has become obsolete is a tissue of lies as the technology remains the best source of steel-making all over the world. The time to act is now, if Nigeria is to attain meaningful industrial development in the nearest future.