After six decades, Nigeria failing at things that really matter 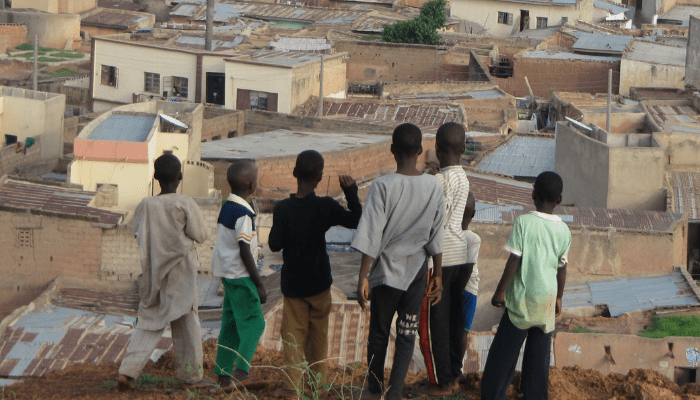 Sixty years after independence, Nigeria has not significantly moved the needle on some of the most important metrics to measure social and economic growth. An analysis of some of the key Sustainable Development Goals show that Nigeria’s many untapped potentials may have begun to wither.

The Sustainable Development Goals (SDGs), were adopted by all United Nations member States in 2015 as a universal call to action to end poverty, protect the planet and ensure that all people enjoy peace and prosperity by 2030.

Eradicating poverty in all its forms is the first of the SDGs and our biggest challenge. Across Nigeria, 95.9 million people live in extreme poverty — that is, people living below the poverty line of $1.90 per day. This represents 48 percent of the population according to the World Poverty Clock as of 3 March 2020.

Successive Nigerian governments have not prioritised ending poverty. There have been some bright spots like Obafemi Awolowo’s development of the south west in the 1960s, Muritala Muhammed’s short-lived reforms, and the forward-looking policies of President Olusegun Obasanjo’s government like privatisation of the telecoms sector and financial sector reforms.

The majority of Nigerian leaders have done little to justify power. Foremost writer, Chinua Achebe blamed Nigeria’s follies on poor leadership and it is true today as it was over 20 years ago when he wrote a book on it. The current Buhari-led government has ambitions to cut poverty but its poor policies and dated economic outlook have tipped more Nigerians into poverty than any other government in the past 60 years.

Though resources are thin considering an out-sized population, poverty and inequality in Nigeria are largely due to misallocation and misappropriation of resources. This fuels extreme hunger in the country. In Borno state, the International Committee of the Red Cross estimates that 300,000 children are expected to suffer from severe acute malnutrition.

The world has made progress against several leading causes of death and disease. Life expectancy has increased dramatically; infant and maternal mortality rates have declined and the tide seemed to have turned on HIV and malaria deaths have halved.

According to the UN, there are 57 million primary-aged children that are out of school in the world, more than half of them in sub-Saharan Africa. Nigeria accounts for a large number of these — over 13 million children are out of school. In northern Nigeria, hordes of school age children are dumped at the feet of an Islamic scholar in a failed Almajiri system long due for reforms.

Goal number five seeks to achieve gender equality, ending all discrimination against women and girls. Nigeria has moved beyond the days when girls were told that their place is in the kitchen. More women now bestride corporate offices, have key positions in government including the finance minister and higher numbers of girls now go to school.

But gender-based violence especially rape of girls and women is seeing an uptick. Worse still, our laws have failed to keep pace. States in northern Nigeria have refused to domesticate the child rights law and poor parents still pawn off prepubescent girls to old men using religion as a pretext.

The sixth SDG focuses on clean water and sanitation, this is important because water scarcity affects more than 40 percent of people and could worsen as temperatures rise. The reality of this is felt in the Lake Chad region which has shrunk by 90 percent since the 1960s, due to climate change, an increase in the population, and unplanned irrigation. Thousands are sickened by poor sanitation. And in Nigeria’s commercial capital, Lagos, slums bask in the shadows of multi storey offices and homes.

Another important metric is affordable and clean energy of which Nigeria still underperforms. At independence, Nigeria had fewer than 100MW of power through hydropower. In sixty years, Nigeria has raised generation capacity to 13,000MW, its creaking grid can move between 5,000 and 6,000MW and consumers can hope for at most 4,000MW. Yet the population has risen from less 50m at independence to over 200m.

Billions of naira have been poured into the power sector but the peculiar Nigerian problem of shoddy policymaking, corruption, weak governance systems and an unproductive economy has paralysed the sector. Power sector privatisation in 2013 failed on account of a meddling government, inefficient operators and a weak regulator. Today over 80 million Nigerians still lack access to electricity.

On the occasion of Nigeria’s 60th anniversary, our leaders renowned for their glitz and bling-bling should ponder rather over why the country is failing. While the British colonial system may have wreaked havoc on our collective psyche, current efforts at self-immolation by perverse sectionalists, corrupt politicians, and marauders who pretend to herd cattle, will only hasten our demise.

The Buhari-led government can snatch victory out of the jaws of defeat, by bequeathing Nigerians a system of conducting free and fair elections, reviewing obsolete provisions in the constitution including powers for various tiers of government. It must manage better dwindling crude oil earnings, and jettison obsolete land laws. It should harness ideas from the private sector on improving the business environment, reform the civil service, cut down on government waste, and attract investments.

Perhaps this failing project called Nigeria can still be salvaged.

We need a Water Law

#EndSARS protests and season of curfews in states

EndSARS protest: Where is Mr. President?