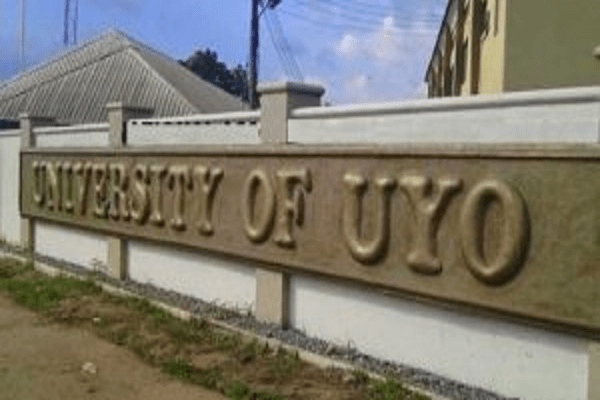 The authorities of the University of Uyo have denied the closure of its health centre over coronavirus scare describing such reports as a “complete falsehood with a blatant attempt to smear the name of the University in a cheap and demeaning manner.”

Apart from describing such reports as being fraught with inconsistencies, it stated that the said publication was intended to mislead the public adding that it had failed woefully.

In a statement in Uyo, the Akwa Ibom State capital and signed by Aniediabasi Udofia, the University’s Registrar, the University which was reacting to a publication alleging that the authorities of the institution had shut down its health centre following the presence of COVID-19 patience, it maintained that it had not recorded any case of COVID-19 as claimed in the publication adding that it had not at no time admitted a COVID-19 patient.

According to the registrar, the federal government had directed that educational institutions should fumigate their premises and communal area saying an official memo to that effect he had signed conveyed the closure of the health centre and other communal areas of the University for the fumigation. He said five days’ notice was given to that effect.

Part of the statement read: “It is pertinent that the entire institution had remained closed by the Federal Government directives since March this year, even though skeletal services had continued at the Health Centre. Based on the recent directive by the Federal Government and particularly as students have not yet returned, the Vice-Chancellor, Enefiok Essien directed that the University Health Centre be closed with effect from Monday, August 10, 2020, to facilitate comprehensive fumigation of the facility alongside other communal areas.”

It urged staff, students, the University community, parents, and the public to disregard such “fabricated lies  as that did not reflect the true stage of development in our health services.’’