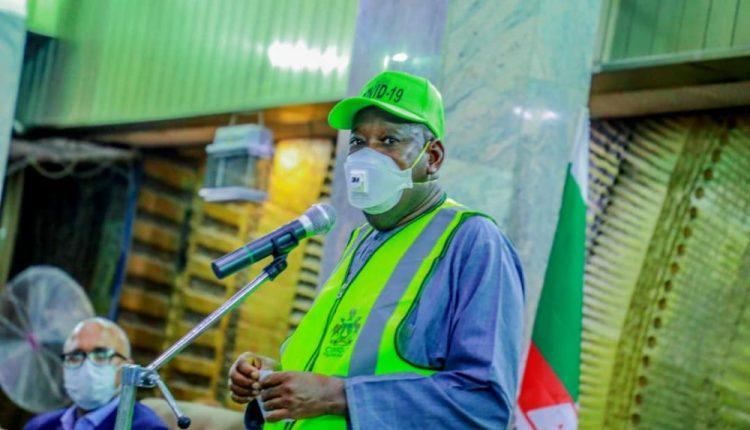 The consistent record of zero incidences that Kano state has been recording of recent has been cited as one of the main reasons behind the lifting of the lockdown imposed on the state by the state government.

However, just as the state government and most residents of the state are having a sense of relief from the lockdown, a total of 192 almajiri, who were isolated in the testing camps across the state have been confirmed positive of the virus.

The COVID-19 positive Almajiri were among the 244 repatriated to the state from other states in the northern part of the country.

On the heels of the lifting of the lockdown, the State Task Force on COVID-19, on Friday, says as at the last count, a total of 12, 918 Samples have been tested, out of which the number of the confirmed cases were 1,257, Active Case was 228, and the total number of deaths was 52.

Imam, who is a director, public health, and disease control in the state ministry of health disclosed that the game-changer for the state was the outstanding leadership provided by the state governor, Abdullahi Umar Ganduje.

He stated that the state’s status as the first to come out of the lockdown in northern Nigeria was a product of ‘hard work and commitment of governor towards the curtailment of the outbreak’.

According to him, the first thing that the government did that led to the height achieved, was the setting up of Task Force made up top professionals to advise him on the strategy and methods that should be deployed in tackling the outbreak.

“As you are aware, Kano state was the first state in the Federation to constitute a high power task force made up of distinguished medical professionals, on COVID-19, headed by the Deputy-Governor.

“The Task Force was put in place to provide coordination in all the sectors, as well as to provide the environment required for the preventive and curative management of the virus, and this has been very effective.

“An Incident Action Plan was developed by the Task Force which guided the entire response to the outbreak in the state. The core components of the action plan are testing, screening, laboratory services, risk communication, and the prompt closure of the entry points when the outbreak was confirmed.

“In all, there are ten strong action pillars that the task force outlined and effectively implemented and I believe these steps are what assisted us to get to where we are now. The evidence has shown that we are on the right track, yesterday Thursday, we tested 97 and recorded zero positives.

“You will also recall that Kano has been leading other states in the area of community testing and screening from the month of June to date. Our five testing centers have been very active conducting screening, this is in addition to our engagements with community leaders at all levels,  as well as the deployment of massive enlightenment campaign through the mainstream media and the new media, all things have greatly helped the state in reducing the incidence of the virus”, he explained.