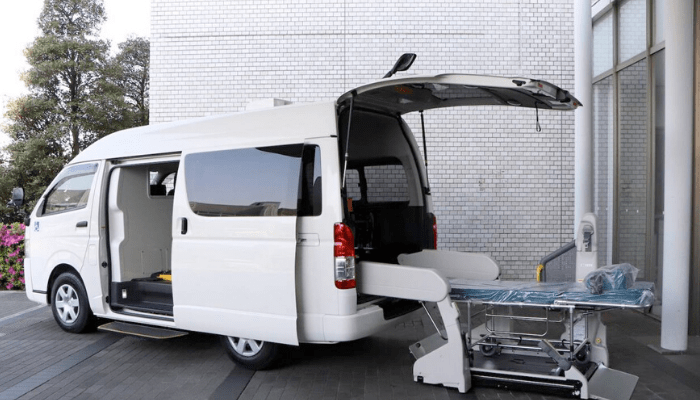 Share
BUA Foundation, a philanthropic arm of BUA Group and the leading foods and infrastructure conglomerate has donated five ambulances and 100,000 pieces of cotton made face masks to support Akwa Ibom state in the campaign against coronavirus.
Aliyu Idi Hong, a medical doctor and former minister of state for health, Aliyu Idi Hong who is the company’s director of government relations while presenting the items to the Governor Udom Emmanuel at Government House, Uyo, commended the efforts of the Akwa Ibom State Government in curbing the spread of the virus in the state.
Hong, who represented the Chairman of BUA Group,  Abdulsamad Rabiu, said the donation was to support Governor Emmanuel, whom he described as “a personal brother and friend of  Rabiu.
According to him, the donation is in line with BUA’s promise to support Nigerians in fighting the pandemic because, without a healthy population, there would be no healthy economy.
He noted that the Chairman of BUA has donated over N7 billion to states and local governments as well as organisations towards containing the pandemic across the country.
Receiving the items, Governor Udom Emmanuel described the donation as critical to the COVID-19 campaign in the state and thanked the BUA Group of companies and its Chairman,  Abdulsamad Rabiu for the gesture, which according to him will strengthen the state’s rapid response to the pandemic.
He said the gesture was a clear demonstration of the readiness and interest of the Nigerian industrialist and Founder of BUA Group,  Rabiu to join his administration in the development of the state.
“I have to personally be here to receive these because there are a lot of corporate organisations in Nigeria and Africa who have not shown this kind of love to us (Akwa Ibom State).
This is a clear demonstration of love and Corporate Social Responsibility. We don’t take things like this for granted. We gladly receive these with all amount of happiness,” he stated.
Joining the State Governor to receive the items were the Secretary to Akwa Ibom State Government and Chairman, COVID-19 Management Committee,  Emmanuel Ekuwem; Chief of Staff to the Governor, Ephraim Inyang-eyen; Commissioner for Information and Strategy, Comrade Ini Ememobong; his counterpart in the Ministry of Health,  Augustine Umoh and the Honorary Special Adviser on Health Matters to the Governor and State Incident Manager of COVID-19, Dominic Ukpong.
Meanwhile, an oil company operating in the state, Oriental Energy has donated food items to the people Mbo local government council, its host community.
Items donated by the company included 200 gallons of vegetable oil, 230 bags of rice, and 230 bags of garri.
Taking delivery of the food items on behalf of the State Government, Secretary to the State Government and Chairman of COVID-19  Management Committee, Emmanuel Ekuwem, expressed appreciation to the company, describing the gesture as an indication of the company’s value for human lives.
“Let me on behalf of His Excellency, the Executive Governor of Akwa Ibom State, Mr. Udom Emmanuel, appreciates the Oriental Energy Resources Limited for this gesture.
“The Governor oversees everything that goes on in the state as far as the COVID-19 -pandemic is a concern, little wonder the Director-General of Nigerian Centre for Disease Control, Chikwe Ihekweazu, commended the Governor for making the state a reference point in the fight against the coronavirus pandemic,” he stated.
Ekuwem noted that Governor Emmanuel is determined to salvage the State from the viral disease and as such has put facilities in place to ensure that no life of Akwa Ibom Ibom person and the resident is lost on account of the pandemic.
He cited the state-of-the-art Isolation Centers, the PCR Laboratory, Emergency Operations Center as some of the laudable initiatives of the present administration to contain the spread of the virus in the state.
The SSG commended the oil exploration company for its developmental strides in Mbo and advised the company to partner the State Ministry of Health for logistic support when it is set to carry out its planned free medical outreach in the area.
Presenting the items, the Leader of the delegation and Head of the Community Relations of the Company, Uwem Ite, said the company was appreciative of the strides recorded by the State Government in the management of COVID-19 pandemic in the state and therefore decided to come and support in the fight against the virus as a responsible corporate citizen.
Ite explained that beyond the presentation of food items, the company has worked out ways for the award of scholarship to deserving indigent students of the state, adding that the company has built and equipped a multi-purpose printing and graphic studio at Enwang and WAEC standard Science Laboratory at the Community Grammar School, Ebughu all in Mbo LGA.
Share