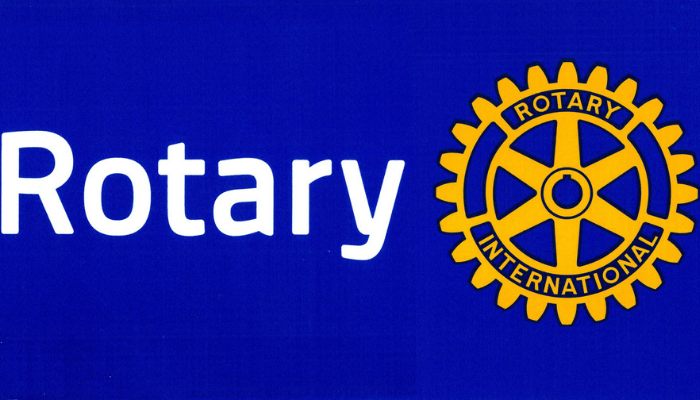 Rotary has firmly established and re-inforced its very robust credentials and solid foundation which were laid in 1917 with the averred goal of “doing good in the world.”The Rotary Foundation has raised over $4.5 billion, changed millions of lives, and made profound impact upon humanity.

Since 1979, the foundation which has dedicated over $1.7billion to the polio plus project, successfully eradicated polio in every country (Nigeria inclusive), except Afghanistan and Pakistan.This project not only rid the world of one of its most devastating diseases, but also established the organisational structure necessary to help fight against others, such as HIV, Malaria, tuberculosis, diabetes, and Ebola. The foundation’s Family Health day treated over 314,000 people in Africa by 2015, many of whom had never received any medical care in their lives.

Contrary to what we may like to believe and regardless of the alluring ambience and splendour of the Radisson Blu Hotel where we are gathered, we are actually a war torn country – rage, anger, assassinations, vast areas under the firm grip of bandits/non-state actors, threats of secession, sabotage, hostage taking, bombings, and Kinetic war. In addition we have to contend with mind-boggling oil theft which has been going on for decades.

Besides, a huge chunk of the resources of our nation have been cornered by a few who are obviously contemptuous of the Rotarian Four Wheel Test. In Lagos, the powers that be prefer to turn a blind eye to the parallel economy with motor parks and tricycles as well as “Molue” buses as the centre of gravity and gravy train while touts, hustlers and gangsters are hauling in billions from extortion of transporters and passengers. It was actually the World Bank that first raised the alarm when faced with the prospect of these illegal fees and licences far outstripping what flows into the coffers of the legitimate government.

It is against this stark background that Rotary Foundation is urged to press the “RESET” button and adopt a different strategy. However, the huge challenge is how do you liberate a slave who has found comfort in captivity ? According to social media, that is the state many Nigerians have found themselves today and it is very sad. There is far too much suffering all over the land. The most thriving business and favourite pastime is State Capture – with footprints all over the most lucrative sectors of our political economy and financial landscape. Hence, the appeal to Rotary Foundation is a cry from the heart. What is required is a Rescue Mission with the clear objective of reconnecting us with civilization.

Most of us are merely lucky survivors of the pestilence that is ravaging our nation and the overwhelming predisposition to violence. Perhaps I should have disclosed from the outset that my first encounter with Rotarians goes back almost fifty years.I had recently qualified as a Chartered Accountant (England and Wales) and living in a rather cozy flat in London. It was my neighbour who invited me to a Rotary dinner in a somewhat depressed part of London. It was a truly amazing experience. What was most endearing was the commitment of fellow professionals – engineers, lawyers, judges, architects, chartered accountants, doctors and businessmen to give back to society.

I caught the bug and ended up joining Voluntary Service Overseas which took me to Banjul (Gambia); Abidjan and Dabou (Cote D’Ivoire); Freetown and Koidu (Sierra Leone); and Cotonou (Dahomey now known as Republic of Benin). I was a charity worker and earned only a stipend. Truly, I had never witnessed such poverty but strangely I learnt a powerful lesson. Poor people regardless of their status in life have their own sense of dignity and core values which enable them to survive regardless of monumental hardship and seemingly impossible odds.

It is their generosity of spirit and abiding faith in the Almighty that serve as their fortified shield and impenetrable armour.We are now at a junction which should be designated as “Situation Critical” and we are compelled to re-evaluate the insistence of Rotary Foundation that it is apolitical. At what point does that cross the line over to subversive inertia? Can Rotary afford to be so apolitical that it cannot challenge the politicians to do their work or at the most basic – why are there no drugs in the health centres, clinics and hospitals?

There is a video going round (actually it has gone viral) of women who have just delivered babies sleeping on the bare floor on the corridors of Lagos University Teaching Hospital. Perhaps Rotary Foundation would have to come to their rescue.As for the case of Senator Ike Ekweremadu, the former Deputy President of the Senate who according to reports had forty properties forfeited by the Court following a petition by the Economic and Financial Crimes Commission (EFCC), he is not even the worst offender !!Let us pause to listen to President Muhammadu Buhari.“Bombshell From Mr. President.”

If I can defeat an incumbent to become a president, I see nothing bad or wrong in having incumbent governors and lawmakers loosing their seats. It is called election and not selection. In an election one person must win. Whoever wins will have my support. And I want all our looters and bad politicians to start returning all they looted. Insha Allah, by the time I am done with my second term, I must have retired at least 90% of these old politicians who almost looted Nigeria out of the world map. They are the problem with Nigeria… How can someone devote his entire life to politics as his occupation. Take politics out of their lives, they are frustrated and before you say “Jackie” they are wishing you dead.

To them politics is a business venture; a quick way of making money but I have come to prove them wrong.Imagine, some people go as far as borrowing monies in form of loans to invest in politics. This is where we got it wrong. Politics is not a career nor occupation, but a vocation.

Elsewhere, those who venture into politics are people who have accomplished much in their respective fields of endeavour, not a university graduate who is yet to find his feet. They go into politics to serve the people and return to their primary occupation. They don’t go there to enrich themselves. This misconception, we must change. And this is why I said my second tenure will be tougher for those corrupt politicians. Nigeria will soon regain her lost glory.”