Public Finance and the Good Life 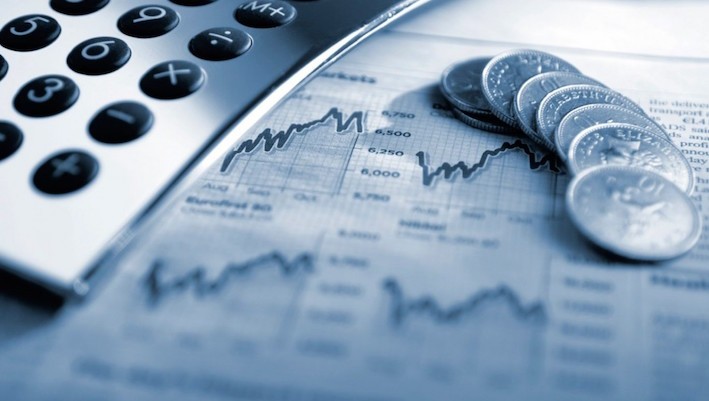 The sole purpose of government, since Aristotle, Kautilya and Thomas Jefferson, is to ensure the peace, security and welfare of all the citizenry. The ancient Greek Athenians termed it Eudaimonia or “flourishing”. Entire nations and civilisations have risen and fallen on the basis of the foundations on which their public finances were built. If they are built on prudence and parsimonious discipline and accountability, the society will flourish. If, on the other hand, they are inspired by folly and wanton profligacy, they will sooner or later come to grief.

The Ministry of Finance, Planning and Budget recently released the details for the Medium-Term Expenditure Framework and the Fiscal Strategy Paper (MTEF/FSP) for 2022 to 2024. The document projects a staggering expenditure of N14.6 trillion for debt-servicing during the period — N3.6 trillion in 2022; N4.9 trillion in 2023; and N6.1 trillion in 2024. In

The key macro assumptions are based on a crude oil benchmark price of 57 dollars per barrel for 2022, a production level of 1.8 million barrels per day, and an exchange rate of 410 to the US dollar, an inflation rate of 10% and a nominal GDP of N149.369 trillion. Rather too optimistic, in my opinion. It is highly unlikely that we can bring inflation to 10% in an electioneering season in 2022. The recent decision to move forex sales from BDCs to the banks led to a marginal fall in the naira vis-à-vis the dollar. With all the geopolitical tensions and uncertainties, I do not envisage the naira stabilising any time soon.

The international ratings agency, Fitch, has recently made a forecast to the effect that, by year’s end 2022, we shall be needing 300% of our revenues to service our debt obligations.

As of March 31st, of this year, Nigeria’s total stock of debt stands at at N33.107 trillion (US$87.239 billion in dollar terms). The external component of the total national debt stock stands at US$32.86 billion (N12.4 trillion). Nigeria’s current debt to GDP ratio is estimated to be 31.94 percent. It has almost doubled from a low of 17.4% in 2014.  In 2014, before the current APC-led administration came to power, the erstwhile Goodluck Jonathan administration paid N500 billions for debt-servicing. This amounted to a mere 10% of total government revenue. We were a relatively comfortable position. In the following year of 2015, coinciding with a global recession and precipitate fall world oil prices, debt repayment bill tripled to the figure of N1.5 trillion, amounting to 30% of public revenue earnings.

When a man keeps a dozen exotic cars in the garage of his mansion and hires private jets for his travels, the authorities have a duty to do a lifestyle audit on him

A recent budget implementation report indicates that FGN spent N1.8 trillion in debt servicing in the first 5 months of this year alone, representing 98% of total revenue earned during that period. Interestingly, the 2021 budget allocation for capital expenditure stands at N3.4 trillion, which is 29% of the total annual budget. A situation where debt-servicing obligations outstrip capex is a worrisome one. The change in percentage of revenue on debt-servicing is likely to rise very substantially in the coming year.

As strenuous as the economic conditions are, we do have some options. The late John Magufuli, former President of Tanzania, decided to reduce the level of borrowing to the barest minimum, with extraordinary results. He had been offered a $10 billion loan by the Chinese. When he saw that in the fine little print, they wanted to collateralise the port of Dar es Salaam for 99 years, he turned down the offer. He, instead, concentrated on boosting domestic revenue, drastically reducing foreign travels and rigorously implementing infrastructure projects. The results were outstanding. Tanzania was enjoying one of the fastest growth rates in the world without going through the binge of external borrowing.

We Nigerians have a lot to learn from this. As far as I am concerned, if we must borrow at all, let it strictly be for projects with guaranteed returns on investments. We should also cut back on the cost of government while plugging some of the loopholes that haemorrhage our foreign exchange. We can make government work while living within our means. We must also keep a leash on the cost of governance. Government should also engage with our creditors with a view to restructuring our loans to ensure the fiscal space that will enable us to continue to grow while expanding the possibility frontiers of collective welfare.

The worst government can do, under our circumstances, is succumb to the penchant of raising taxes and tariffs.  This would amount to consummate folly in a time of economic doldrums. There is the phenomenon of the LafferCurve, associated with the American economist Arthur Laffer. It shows that there is an optimal level where government can impose taxes. When you exceed that optimal level, you would, in fact, experience a disproportionate fall in tax revenue.

The great economist John Maynard Keynes taught that in times of economic troughs, more money should be placed in the hands of households, firms and businesses in order to boost aggregate demand. For me, expanding the tax net is the way to go. Some countries collect taxes through lifestyle audits. When a man keeps a dozen exotic cars in the garage of his mansion and hires private jets for his travels, the authorities have a duty to do a lifestyle audit on him or her to ensure that their tax payments reflect their high lifestyle.

I would also insist on a more rigorous system of accountability for the revenue-generating agencies– Customs, FIRS, NNPC and others. We hear gory tales of trillions being withheld, sometimes in private bank accounts. Above all, we must ensure a sound macroeconomic environment and an attractive business eco-system that engenders prosperity.