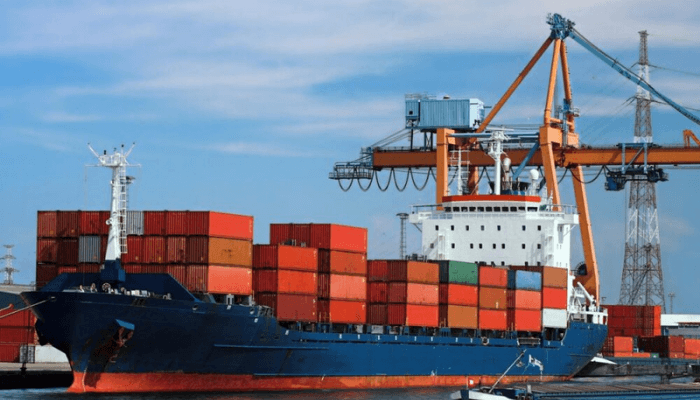 The decline in Nigeria’s imports is not really because the country is now producing more of what it consumes but as a result of persistent foreign exchange shortage and mounting pressure on the naira, experts have said.

Nigeria, in the first two quarters of 2022, recorded a positive balance of trade, with the value of exports exceeding imports.

Official data from the National Bureau of Statistics (NBS) show that in the first quarter of 2022, the country’s total trade stood at N13 trillion, with exports totalling N7.1 trillion while total imports stood at N5.90 trillion.

Total trade stood at N12.8 trillion in the second quarter, with exports valued at N7.4 trillion and imports at N5.43 trillion.

Nigeria’s imports have recorded a steady decline as the breakdown of the four quarters in 2021 showed that imports in the first quarter was valued at N6.95 trillion, Q2 import was N6.9 trillion, Q3 imports was N8.2 trillion and Q4 was N5.94 trillion.

Speaking to BusinessDay, Muda Yusuf, CEO of Centre for Promotion of Private Enterprise, attributed the decrease in the value of imports to the scarcity of foreign exchange.

According to him, while the increase in export is a plus for the country, businesses are suffering on the back of the shortage of foreign exchange.

“Scarcity of foreign exchange and devaluation of naira is affecting imports and businesses. It is time we addressed the bottlenecks affecting exports, so we can get real value,” he said. “We still import petroleum products, which is bad. I think what the government should do is free up foreign exchange for other businesses while we stop importation of petroleum products.”

Yusuf stressed on the need for the government to increase investment on the production of gas and its refineries.

He said non-oil exports had remained low, noting the presence of productivity structural problems and high cost of production.

Gabriel Okeowo, principal lead at BudgIT, told BusinessDay: “It is not as though we suddenly started doing better in export but there is a possibility of less import due to high volatility of import.

“It is unreasonable to trade with naira in the international market right now, because its value has reduced drastically.”

He said the increased export presents the government with the opportunity to introduce workable policies to boost local production.

The Manufacturers Association of Nigeria (MAN) had earlier decried the non-availability of foreign exchange, as it hampers the importation of raw materials and machinery.

Okwara Udensi, chairman of the Edo State chapter of MAN, had said that the sector needed an urgent bailout from the federal government to prevent total collapse as the persistent shortage in dollars was affecting the manufacturing sector negatively.

According to him, manufacturing companies are unable to access the dollar at the official rate and they need it for the importation of raw materials.

A breakdown of the first-quarter report showed that the majority of imported goods originated from China with a value of N1.51 trillion, followed by the Netherlands with N618.72 billion, Belgium (N563.25 billion), India with N415.57 billion, and the United States (N337.33).

Meanwhile, most goods were exported to India, Spain, the Netherlands, Indonesia and the United States.

Similarly, the top five export destinations in the second quarter were India, followed by Spain, Netherlands, United States of America and Indonesia, while China, Belgium, India, Netherland and the United States topped the list of countries with high imports to Nigeria.

Speaking to BusinessDay, Madam Nicole, an Abuja-based makeover and boutique, also expressed frustration in accessing forex, which, according to her, has caused her immense losses, both in sales value and volume.

She said she last imported goods in May 2022, because most of the items she bought were unsold because customers could not afford them.

“I’ve had to start selling my goods off at ridiculous prices, because they have stayed too long on the shelves. Prices are high; my customers are now going for cheaper goods. I pay for my goods in dollars, so you won’t expect me to sell them off below what is expected. Yesterday, the value of one dollar was N708 at the black market. This issue of naira to dollar is just frustrating, putting businesses on hold,” she lamented.