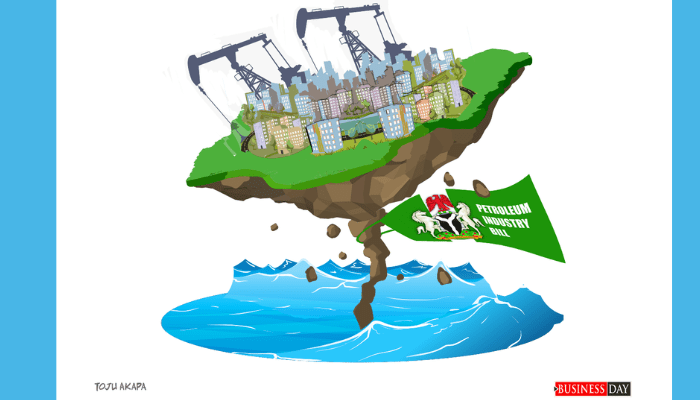 Nigeria’s petrol import bill jumped by 71 percent in the first half of this year compared to the same period last year amid lingering smuggling of the product to neighbouring countries.

Premium Motor Spirit, otherwise known as petrol, gobbled up N2.4 trillion in the first half of 2021, a 72 percent increase from N1.4 trillion in the corresponding period last year, according to data from the National Bureau of Statistics (NBS).

A further breakdown of NBS data showed Nigeria spent a total of N1.506 trillion on petrol importation in the first quarter of 2022.

“The desire to smuggle petrol outside the country is currently very high due to price arbitrage,” Isong said.
Ola Alokolaro, partner of energy and infrastructure at Advocaat Law Practice, advised the government to take a critical look at the subsidy regime, which has become a major leakage in the national purse.

“Spending N2.4 trillion on petrol importation is not sustainable,” he said.

Other experts say the opening of the Dangote Refinery and rehabilitation of state-owned refineries may allow Nigeria to end reliance on imported fuel, but missed deadlines and oil theft mean that the process is unlikely to be simple.

“This is a very ambitious plan, which is, however, realistic,” Ayodele Oni, an energy lawyer and partner at Bloomfield law firm, said of the proposal by the Nigerian National Petroleum Company Limited.

Nonetheless, he said several factors have to be in place. First, the government must reduce its interference in accruing revenues from petroleum products considering government shares in NNPC, and it must create an enabling business environment. Third, the government must commit to ending the subsidy regime that has placed a burden on its fiscal responsibilities.

According to Oni, ending fuel imports depends on several variables, including timely completion of the Dangote Refinery and rehabilitation of Nigeria’s existing refineries, as well as maintenance and proper function of the said refineries.

The Dangote Refinery has missed a number of deadlines for commencing operation and has had to move start dates forward from 2019 to 2023 due to the global coronavirus pandemic and other issues.

“When fuel importation ends, it is expected that fuel subsidy will be removed, considering indigenous production and slightly cheaper price of petroleum products,” says Oni.

Luqman Agboola, head of energy and infrastructure at Sofidam Capital, said completing the rehabilitation of the nation’s refineries could help boost local outputs and make the NNPC’s successful.

Finance minister Zainab Ahmed said recently that the government spent an average of N18.39 billion ($42.9 million) daily on fuel subsidies, higher than funds earmarked for health, infrastructure, and education, and could spend up to N6.72 trillion ($15.7 billion) next year if it keeps subsidy in place.

Ending subsidies could mean that petrol prices soar, but Oni believes the increase will be “slightly less than what it would have been if we were to remove the subsidy and still import our petroleum products”.

“The cost of shipping, insurance and around five cost-heads will be taken off, and we could see a 20 percent reduction when compared to what the prices would have been without the removal of subsidy. As of February 2022, NNPC reported that N861 billion was spent between July 2019 and August 2021 as freight costs on the importation of petroleum products,” Oni said.

Over the years, Nigeria has made producing its own fuel a priority, but efforts to revamp its refineries have failed, leaving it almost entirely reliant on imports.
“There is a huge arbitrage for anybody to move product to outside. We are not saying that bulk of the product is smuggled,” Mele Kyari, chief executive officer of NNPC, told the House of Representatives ad-hoc committee investigating the subsidy regime from 2013 to 2021 in Abuja on Monday.

Kyari, who was represented by Umar Ajia, the NNPC chief financial officer said, “States that consume the most are states like Oyo and Ogun State, they even consume more than Lagos State; so you wonder: is it that they have more vehicles than Lagos? This explains that these are states with porous borders and that will explain why this bulk evacuation is going out of Oyo and Ogun States, probably neighbouring countries.

“If you have N5 million, you can cross the borders with trucks laden with PMS and that is the bitter truth. We have porous borders; yes we have Customs but I do not know.

“PMS crosses everywhere, to Cameroon through the North-East; Nigerian PMS gets to Mali; our neighbouring countries hardly import PMS; in fact, some of them do not have the cover to back up imports.”