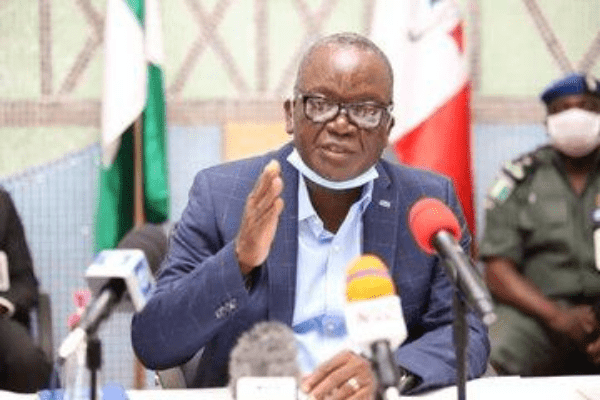 Share
In fulfillment of his promise to ensure transparency and accountability in government, Benue State Governor, Samuel Ortom today assented to laws to establish the state Commission on Fiscal Responsibility as well as a Council on Public Procurement.
The Governor also signed a law for the establishment of Debt Management Office and law to amend the Internal Revenue Administration Law of 2015.
Governor Ortom said the laws on Fiscal Responsibility, Public Procurement, and Debt Management Office would stipulate standards similar or higher than those advised by the United Nations in the management of public resources.
He stated that transparent and accountable management of public resources had been a cardinal policy objective of his administration, stressing that it is not just a slogan but a deliberate resolve of his administration.
Governor Ortom stated that written laws were needed to provide clear guidance for everyone to be fully advised on acceptable practices in public offices.
He enjoined those charged with the responsibility of implementing the laws to take the task seriously while also urging the public to cooperate with them in order to institutionalize a new culture of transparency and accountability in the management of public finances in the state.
Share