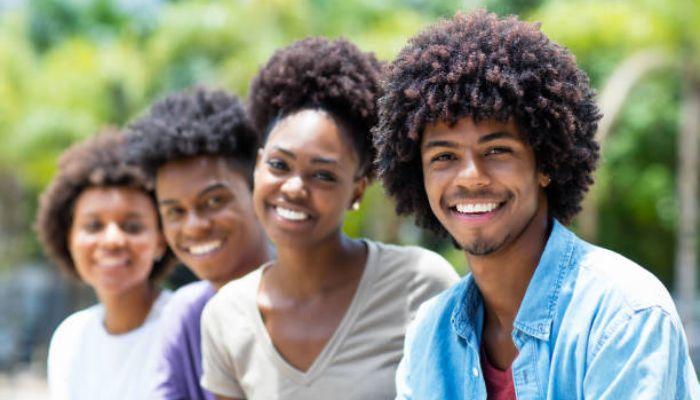 According to the data released by the British government on Thursday, the country recorded the highest number of dependants followed by Indian nationals, which had 33,239 from 3,135.

“Looking at all sponsored study-related visa holders (including main applicants and their dependants), Nigeria saw a large increase in the proportion of visa holders who were dependants, from 19 percent in 2019, to 50 percent in September,” it said.

It said Indian nationals also saw an increase in their dependant proportion from eight percent to 21 percent.

“Visas issued for the top five nationalities for sponsored study dependants (Nigeria, India, Pakistan, Bangladesh and Sri Lanka) were over 100,000 for the period.”

The immigration data also revealed that after Indian nationals, Nigeria saw the largest increase in sponsored study visas of 44,162 (650 percent) to 50,960.

“Chinese nationals were the second most common nationality granted sponsored study visas in September, with 116,476 visas granted to main applicants, two percent fewer than the number seen in 2019 (119,231).”

In September, the Telegraph, a national British daily broadsheet newspaper, reported that the UK government was considering tightening visa rules on how many relatives migrants can bring into the country, a development that would have affected immigration numbers for countries like Nigeria.

Suella Braverman, the then UK Home Secretary before she was forced to resign in October, told the newspaper that there were too many students coming into the UK and needed to be cut down. “There are structural pressures that mass and rapid migration poses to our country.”

“She seemed to be talking tough on immigration that a lot of migrates student visas, particularly from Nigeria, were bringing a lot of dependents compared to students from other countries,” said Toyyib Adelodun, a UK-based immigration consultant.

He said but so far, nothing has changed from the government website. “We have heard a lot of positive news on the number of people that have applied in one week, which is about 15-20, and were able to get their visas; some as a family or single applicants.”

Nigeria’s large, cheap labour and intelligent minds make the country an attractive destination for the UK, which is battling with an aging population and large skills gap.

Oludayo Sokunbi, chief executive officer at Japaconsults, said people are seeing a future in the UK compared to what it used to be. “They now know that once they finish school, they don’t have to rush back home as they can apply for indefinite leave to remain in the country.”

A recent report by SBM Intelligence said Nigerian students and their dependents contributed an estimated sum of £1.93 billion to the UK in 2021.

A breakdown of the report showed that out of the total £1.93billion, the students spent £680.6 million on school fees, followed by £408.4 million for rent, £151.3 million for national insurance, £54.4 million for tax of working spouse, £41.8 million for National Health Service and £41.7 million for visa fees.

Ikemesit Effiong, head of research at SBM Intelligence, said this contribution is a net addition to the UK economy.

“With rising living costs, a shrinking labour force, escalating pension and health costs, the UK needs to constantly attract new immigrants into the country in order to be able to keep key aspects of its economy, particularly in the healthcare sector,” Effiong said.

In 2019, the UK updated its International Education Strategy. The update reaffirms the government’s goals of increasing the value of its education exports to £35 billion ($48 billion) and to hosting at least 600,000 international students per year by 2030.

The strategy commits to previously established goals for foreign enrolment growth which have been replaced by new immigration routes and work opportunities for foreign students. It intends to create clearer pathways to immigration.

Some of the ways in which this growth is to be achieved is the Graduate route, which was launched in July 2021. The route will allow eligible students to stay in the UK to work, or look for work, for two years (three years if studying at PhD level) after they have completed a degree in the UK.

Others are High Potential Individual visa, Global talent visa and Scale-up visa. For Nigerians, especially the youth who don’t have enough job opportunities, this has created an opportunity for them to immigrate to the UK, fuelling a huge brain drain.

The high poverty, unemployment, poor human capital development, insecurity and poor education are some reasons many young Nigerians are leaving the country for greener pastures.

“An increase in migration is a cost to the government, businesses and individuals,” Temitope Omosuyi, investment strategy analyst at Afrinvest Limited, said.

“For businesses, most emigrants are highly skilled which would affect the performance of local businesses to stay globally competitive due to a dearth of access to skills,” Omosuyi said.

He added that those that can import quality skills will grapple with the high cost of doing business.