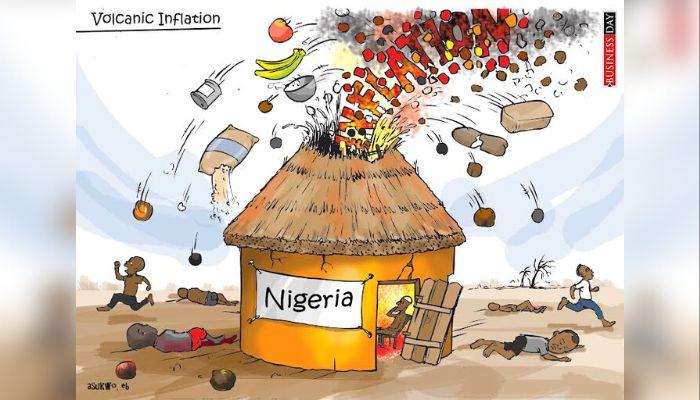 Investors holding the shares of listed Nigerian companies are getting negative returns as inflation has surged to record high.

Nigeria’s stock market’s positive return year-to-date was +15.11 percent as of September 28, while headline inflation accelerated to the highest level in 17 years to 20.52 percent in August 2022, from 19.64 percent in the previous month.

The bearish sentiment in Nigeria’s equities market is expected to persist due to investors’ preference for fixed-income investments following the outcome of the Monetary Policy Committee (MPC) meeting.

“Nigerian equity investors seem to either be ignoring this year’s solid earnings growth or demanding more earnings growth from companies,” analysts at Lagos-based Coronation Research said in their September 26 note, titled “Is there still value in Nigerian stocks?’

“The past few months have not been rewarding for Nigerian equity investors as increasingly hawkish monetary policy and the resultant rise in market interest rates continues to dampen sentiment on the NGX Exchange. Last week, the NGX ASI fell for the third successive week and by the most in five weeks,” the analysts said.

After a two-day MPC meeting, the Central Bank of Nigeria (CBN) on Tuesday raised its benchmark interest rate, known as Monetary Policy Rate (MPR), to 15.5 percent, the third straight hike this year.

The CBN also raised the Cash Reserve Ratio (CRR) to 32.5 percent from 27.5 percent. The MPC decision was in consideration of the persistent rise in inflation rate and fragile growth. The recent rate hike to 15.5 percent will further strengthen bearish sentiment in the equities market while making the fixed income market more attractive.

“While a higher MPR induces higher fixed income yields, a higher CRR removes liquidity from the banking system. As this restrictive CRR policy constrains the quantum of money available for credit creation and bids at fixed income/foreign exchange auctions, both imply an upward repricing of interest rates on loans, higher yields on fixed income instruments, and reallocation from the equity market to the fixed income market as rates inch higher,” Ibukun Omoyeni, an analyst at Vetiva said in a September 28 note to investors.

Read also: CBN says it is slowing on interventions funds

The MPC noted the development in the equities market within the review period reflected sustained profit-taking and sell-off by investors rebalancing their portfolios in favour of higher yields in the fixed income market.

“With less than a week left in the quarter, it is now on track to record its first quarterly loss since Q2 2021 and the largest since Q1 2020. Consequently, the valuation of Nigerian equities has come off from its recent peak, following the ongoing market correction and a 44 percent improvement in earnings this year. Currently, the NGX ASI is trading at a price-to-earnings multiple of 10.1x, moderating from its 2022 high of 11.6x,” Coronation Research said.

“Our view remains that continued tightening by the monetary authorities and elevated Federal Government domestic borrowing will continue to drive yields upwards over the coming months,” Coronation analysts said.

“The MPC/CBN’s adoption of a two-pronged approach at this meeting (i.e., increasing MPR and the CRR) aims to rein in inflation. This could lead to increased borrowing costs, further tightness in the interbank market and upticks in fixed income yields (boosted by increased FGN borrowing),” said Chinwe Egwim, chief economist at Coronation Merchant Bank, said.