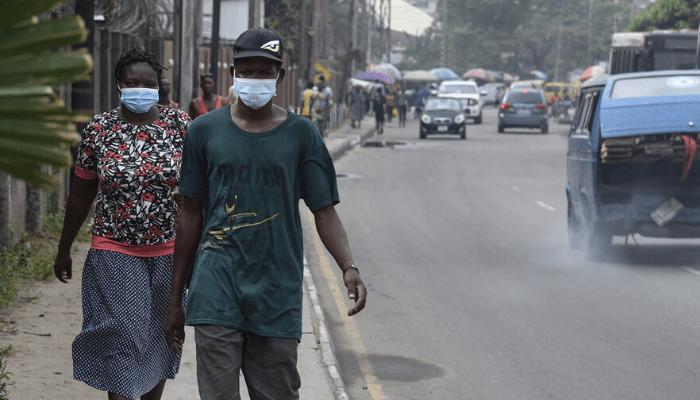 Africa’s biggest economy, Nigeria, recorded its first case of the novel disease, coronavirus on the 27 th
of February 2020. But as of March 30, 2020, the total number of confirmed cases had risen to 135
with two deaths. This is still far below the cases in other countries. Many observers have attributed
this to the number of tests being carried out daily in this country which is below what is obtainable
elsewhere.

How the coronavirus tests are conducted is actually not the focus of this write-up but rather, some
of its implications for the Nigerian economy. By the rule of the thumb, when the coast is clear,
coronavirus might have affected about 75 percent of the nation’s gross domestic product (GDP).

Towards the end of 2019, the Nigerian National Assembly passed the 2020 Appropriation Bill, where
crude oil benchmark was set at $57/barrel. The oil revenue accounts for about 75 percent of
Nigeria’s revenue. With the coronavirus pandemic, demand for crude oil crashed, resulting in the
oversupply of the product.

OPEC and Russia moved to further strengthen their alliance so that production cut would be
implemented; the talks failed and afterwards, price war ensured. Saudi Arabia, which boasts of over
10 million barrels of crude oil per day with over $500 billion in external reserves believed it could
force the Russians into an agreement. As a result, the kingdom enticed European customers with
significant price cuts. Russia remained unperturbed as they believed they could weather the storm.
The prices of crude oil further crashed in the market, and presently, it is heading to $15 a barrel.

The Nigerian 2020 appropriation bill is among the first sets of casualties because the continuous
downward trend in crude oil prices made a mess of the budgetary document. As a strategic
response, an emergency meeting of the stakeholders was held to the effect that the budget
benchmark for crude oil was reduced by 47. 4 percent to $30/barrel. Even at that, there is no
solution in sight as many forecasts have said that crude oil may trade at about $10 per barrel unless
OPEC and Russia or OPEC and USA strike a deal. Presently, with the reduction in budget benchmark
for crude oil, the Nigerian economy has been deflated by almost 50 percent.

The spread of the coronavirus pandemic has affected about ten states in Nigeria. To contain the
spread, about seven states are in a lockdown, and the restrictions came from either the federal
government directives as in the case of Lagos, Ogun and Abuja, or self-imposed by state governors
as in the case of Kaduna, Rivers, Imo, Osun and Ekiti states, among others.

Nigeria’s commercial centre, and the administrative city, Lagos and Abuja are the epicentres with 81
and 25 confirmed cases. Next in line is Oyo State with 8 confirmed cases. Ogun State has 4 cases
while Enugu, Edo and Bauchi have 2 cases each, Osun, 5, and Ekiti, Rivers and Benue states have a
case each; Kaduna, 3. Eight of those confirmed cases have been discharged just as Nigeria has also
recorded two deaths since the index case surfaced in Lagos.

Government response has been commendable, with the mobilisation of health personnel as well as
managing the public expectations and the implementation of preventive measures.

Notwithstanding, the Nigerian economy, as well as other countries battered by this disease will still
count their losses at the end of the day. Nigeria’s gross domestic product (GDP) is broadly classified
into three subgroups which are agriculture, industries and services.

Based on the measures taken so far, the services sector is the most affected. This is because shortly
after the pandemic started to spread, the government of the federation imposed a ban on
international flights in and out of the country.

The services sector accounted for 53.62 percent and 52.60 percent of Nigeria’s GDP in 2018 and
2019 respectively. Within the services sector are the trade, air, sea and road transportation;
education, information and communication sub sectors, among others. All the sectors are
significantly affected.

It is interesting to know that local airline operators airlifted 2.87 million passages in the first quarter
of 2018 and 3.13 million passengers in the second quarter of the same year. In 2019, passenger
movements within the local airports reached 2.99 million in the first quarter and 3.37 million in the
second quarter. In both years, the local wings of the Muritala Muhammed Airport in Lagos and
Nnamdi Azikiwe Airport in Abuja were the preferred choices of the local air travellers as they
accounted for over 60 percent of the passenger movements.

Another sub sector that will be significantly affected is the industry sector which has its workforce
impacted by the lockdown; distribution of goods affected, and with skeletal services being
performed by the deposit money banks, there is little manufacturing firms can do now as it is clear
that majority of them might not perform optimally with a partially functioning financial system. The
industry sector in 2018 and 2019 accounted for 22.24 percent and 22.25 percent of the country’s
GDP.

Therefore, the combined sectoral GDP of industries and services in either 2018 or 2019 amounted to
75 percent on the nation’s GDP. The impact could be more than this estimate.

The states affected in Nigeria control about 55 percent of the Nigerian economic activities if we use
their contributions to full year 2019 IGR as proxies for their GDP weights. Lagos accounted for 30.1
percent of the IGR of the 36 states of the federation in 2019; Rivers accounted for 10.9 percent; FCT
Abuja, 5.6 percent; Ogun, 5.4 percent and Kaduna, 2.9 percent.

Put together, the coronavirus pandemic is a whirlwind that blows nobody any good.