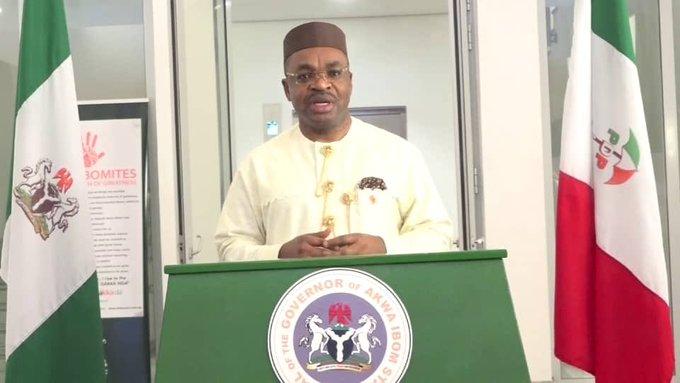 A controversy is raging over the payment of the 13 percent derivation fund which Akwa Ibom State said had been stopped by the federal government for more than four months.

While the state government officials are ambivalent over the issue only lamenting in secretly and talking to the media on conditions of anonymity, elders in the state have openly criticised the federal government for withholding the 13 percent derivation to the state.

According to Anietie Okon who addressed a press conference in Uyo on Thursday, the leaders have threatened to file a suit in court against the federal government for its refusal to pay to the state the 13% oil derivation fund for four months.

He said the non-payment of the 13% has stalled major developmental projects of the state government.

Speaking under the aegis of Akwa Ibom Leaders Vanguard, he said the FG’s action was inimical to the interests of the state.

A former National Publicity of the Peoples Democratic Party, Senator Anietie Okon, insisted the reason given by the federal government for the withholding the 13 percent derivation fund was not tenable.

Okon also said they will proceed to court to stop multinational oil companies operating in the Niger Delta from remitting monies to the FG coffers.

The group demanded without delay the release of all arrears of derivation funds accruing to oil-producing states including an upward review of the fund to 50%.

”For more than four months, the 13% derivation has been withheld by the Federal Government, the reason for this abnormality is said to be the dwindling economy due to the Corona Virus pandemic

”Akwa Ibom Leaders’ Vanguard views this as total disregard to the provisions of the Nigerian Constitution of the Federal Republic of Nigeria; a gross insensitivity and disregard for the people of oil-producing states of Nigeria. It is regarded as an affront to the good people of the Niger Delta region.

”Akwa Ibom Leaders’ Vanguard ponders on the ease with which the Presidency and the APC-led Federal Government pours scorn on the people of the Niger Delta, the goose that lays the golden eggs for all to eat.

“They are taking the relative peace in the zone maintained by the peace-loving elders of the zone for granted and are dancing on the keg of gun powder,” Okon said.

He said the position of the elders was that the country should be restructured as the people of the South-South could no longer shoulder the burden of having its resources drained without commensurate benefits.

But responding to enquiry over the derivation fund, Ini Ememobong, Commissioner for information and strategy said there had been variations on the payment of the find.

According to him “There are outstanding derivation variations which have been assessed but not paid.” He did not give details.

Efforts to get the response of Linus Nsikan, commissioner for finance as he did not respond to phone calls and short message service sent to him.