When International Breweries is acknowledged for infrastructure development in Nigeria 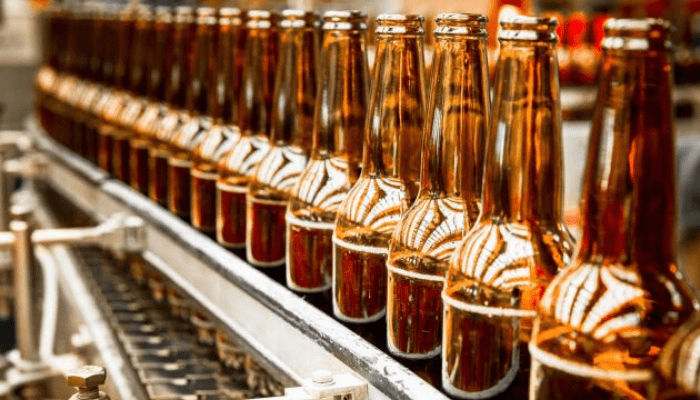 The tail end of 2020 was a remarkable year for International Breweries as the iconic brewer was recognised on many fronts for its CSR interventions across Nigeria. One of such was the Sustainability, Entrepreneurship, and Responsibility (SERAS) CSR Awards– an annual business award organised to recognise and reward corporate social responsibility and sustainability on the African continent.

The Company clinched the award for Best Company in Infrastructure Development in recognition of its commitment to development through the provision of infrastructural facilities for its host communities.

During the year under review and despite the challenges and restrictions imposed by the COVID-19 pandemic, International Breweries successfully built, furnished, and equipped a Primary Health Care Centre in Oginigba, Port Harcourt, Rivers State in a swift response to the medical needs of the community and as a demonstration of its commitment to supporting government and communities in healthcare and infrastructure delivery. The project which was done with the support of Rivers State government, commenced in 2019 with the foundation laying and was completed and commissioned in the 1st quarter of 2020.

With up to 36,000 direct and indirect beneficiaries, the N44 million-naira project is a state-of-the-art health facility equipped with infant incubators and warmers, nebulizer, anaesthesia machine, suction machine, delivery beds, X-ray new box, oxygen concentrator, facilities for the resident doctor, and an autoclave machine amongst others.

The SERAS awards was also in recognition of other infrastructural projects such as the refurbishing and equipping of the Science laboratory at Esa-Odo High School which caters to over 1,000 direct and indirect beneficiaries. The brewing company also inaugurated a rural electrification project comprising a 300KVA ONAN oil-immersed step-down transformer and 415 V overhead distribution line to address the power supply challenge of more than 1,000 inhabitants of households in and around Bara Community in Obafemi Owode Local Government Area of Ogun State.

Over the years, IBPlc has also implemented other CSR initiatives such as the renovation and donation of vital equipment to the Primary Health Care Centre in Esa Odo, Osun State, a five-room toilet and water facilities in Omi-Asoro Primary School, Osun State as well as 12 solar-powered boreholes- one in Ilashe Community, Osun State ; two in Logbara community and Primary Health Care Centre in Owode, Ogun state; two in Ogabru, one in Obosi, one in Oba, three in Onitsha, one in Abatete, all in Anambra state ; and one in Asaba, Delta State

Legal & Corporate Affairs Director, International Breweries Plc, Temitope Oguntokun who received the award on behalf of the company alongside Company Secretary & General Counsel, Muyiwa Ayojimi, expressed gratitude for the recognition, stressing that International Breweries is committed to seeing that it continues to impact its host communities positively.

“Our dream of a better world drives our vision to support communities in Nigeria through our five CSR pillars of Entrepreneurship, Education, Health, Infrastructural support, and Responsible drinking, and with this recognition, we are even more inspired to continue to contribute to the United Nations Sustainable Development Goals (SDGs),” she said. Ending the statement on a high note, Oguntokun stated that “with a cumulative number of over 70,000, direct and indirect beneficiaries on our infrastructural projects, we remain dedicated towards improving lives of our host communities through our CSR interventions.”

In the same vein, International Breweries also received the debut “ADVAN Community Heroes Award” at the 2020 Advertising Association of Nigeria Awards for Excellence (ADVAN) Awards, following its key role in the distribution of COVID-19 relief palliatives such as medical consumables, hand sanitizers, non-alcoholic beverages and food across the country. The intervention catered to over 800,000 beneficiaries across Abia, Anambra, Bayelsa, Delta, Imo, Lagos, Ogun, Osun, Oyo and Rivers states respectively.

Speaking on the award received, Marketing Director, International Breweries Plc, Tolulope Adedeji said ““building on our long-standing commitment to our vision of Bringing People Together for a Better World, we are always looking for ways to support our local communities, customers and the country as well. We are proud to have lent our voice at such an intense movement in global history and are humbled that our gesture didn’t go unnoticed. We remain committed to ensuring the eradication of this virus as we continuously explore with our stakeholders on areas of further potential collaboration and support.”

International Breweries was also recognised as an “Outstanding Stakeholder”, by the Federal Road Safety Commission (FRSC), Sagamu Unit Command in recognition of its dedication and commitment to ensuring safety on the highways.

At the award presentation in Sagamu, Unit Commander, Sagamu, Iyanda Taofiq Akande commended International Breweries for its constant support especially during the “2020 Ember month sensitisation campaign’’. “IBPLC and FRSC have enjoyed a symbiotic relationship since the establishment of Gateway plant. The Company has demonstrated unwavering commitment in promoting responsible drinking among Nigerians with special emphasis on road users through the “Don’t Drink and Drive” campaign. Continuing, Iyanda stated that “we are proud to work together with International Breweries on an initiative such as this and look forward to future collaborations with greater impact in 2021’’

Gateway Plant Manager, Manoj Choudbury, who received the award on behalf of the company commended the FRSC officials for living up to the task of ensuring road safety in Nigeria. He pledged the Company’s continuous support to the commission, reiterating its dedication to safety on the roads. “We strongly believe that every experience with our beers should be a positive one and are fully committed to promoting smart drinking initiatives in order to achieve this goal”. He went on further to add that “while we have made some progress, collaborations such as the one with FRSC provides us with the platform for a larger audience. Our purpose is to ensure that we bring people together for a better world for the next 100+ years and beyond.”.

Within the same year and in furtherance of its commitment to responsible drinking, the Company embarked on a series of smart drinking initiatives. Themed, “Let’s Champion Smart Drinking Together at a Distance” some of such initiatives included a roadshow in partnership with Federal Road Safety Commission and the National Union of Road Transport Workers to sensitize hundreds of commercial drivers and other motorists in designated motor parks across the nation on the ills of drunk driving. The road shows reached over 300 commercial bus drivers across, Lagos, Anambra, Rivers, Ogun and Osun states respectively.

To reach a mass audience with responsible drinking messages, Radio Time checks slots were acquired in top 20 radio stations across 6 states with a cumulative reach of over 21 million listeners to remind consumers of the importance of drinking responsibly.

With over 10 million direct and indirect beneficiaries and millions of naira in memorabilia- face shields, t-shirts, pledge cards, handbills/fliers etc, International Breweries raised the bar in pushing their Smart Drinking agenda of responsible consumption of alcohol to the public.

How Unilever Ideatrophy is helping to build Nigeria’s youth capability