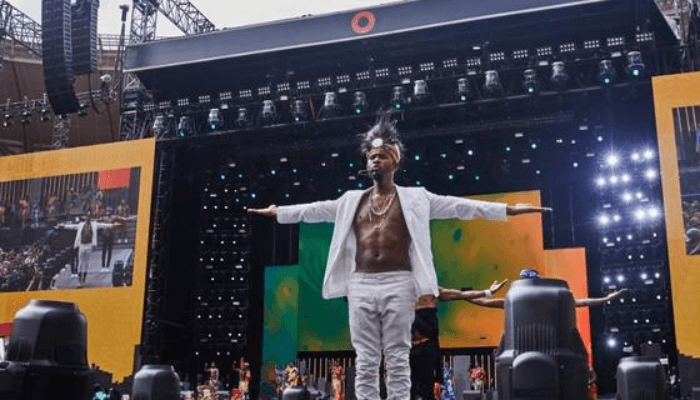 The 2022 Global Citizen Festival will call on world leaders at the United Nations General Assembly and ahead of the G20 and COP27 in November to step up and invest $600 million into the future of women and girls, close the annual $10 billion climate financing shortfall, deliver $500 million to help African farmers respond to the global food crisis, and provide urgent relief from crushing debts to End Extreme Poverty NOW.

With two stages in international cultural capitals, New York City and Accra, Ghana, the 2022 Global Citizen Festival will be broadcast and streamed on ABC, ABC News Live, FX, Hulu, iHeartRadio, TimesLIVE, Twitter, YouTube, and more. ABC News Live’s broadcast will air on Saturday, September 24, and a primetime special, Global Citizen Festival: Take Action NOW, will air on ABC on Sunday, September 25 at 7:00 pm ET / 6:00 pm CT. Additional tune in details to follow in the coming weeks, according to a statement .

Marking the 65th anniversary of Ghana’s independence and the 20th anniversary of the African Union, Accra’s iconic Black Star Square will see live performances from fast-rising Nigerian music star TEMS and other world-renowned artistes like Usher, Sarkodie SZA, Stomzy, H.E.R., Gyakie and Stonebwoy with more to be announced.

“Decades of systemic and political failures have led humanity into the midst of converging and rapidly deteriorating crises – climate, hunger, health, war and conflict. The most marginalized populations are paying the price of the stagnant inaction of our leaders, and now millions of lives, and the future of our planet, are at stake. We refuse to just stand by and watch! We refuse to accept the starvation of multitudes when solutions are readily at hand. We demand a secure future for girls everywhere. We demand governments keep their promises on climate funding. We demand relief from debts unjustly crushing economies. And we demand action NOW, while there’s still time to change our collective trajectory.” said Hugh Evans, Co-Founder and CEO, Global Citizen in the statement .

It is also calling on leaders to mitigate a Global Food System Meltdown NOW by providing $500 million for Africa’s farmers to make the most of the current planting season and fund the local production of fertilizers, tools, and equipment they need to produce more food.

Throughout the campaign, Global Citizen will continue to defend and promote advocacy, ensuring marginalized voices are heard and leaders are held accountable to deliver on their promises.

“While communities face injustices, crises and inequalities in the world, we simply cannot give up the fight and solidarity to end poverty. We need all voices in calling for a better future for everyone, everywhere. Now is the time for ambitious action. Together, with Global Citizen, we can keep the promise of the Sustainable Development Goals.” said Amina Mohammed, United Nations Deputy Secretary General

PressOne, 199 others to participate in TechCrunch Disrupt 2022