News Roundup: Nigeria, six others home to half of world’s unbanked population, Nigeria partners with global firms on electric motorcycles… 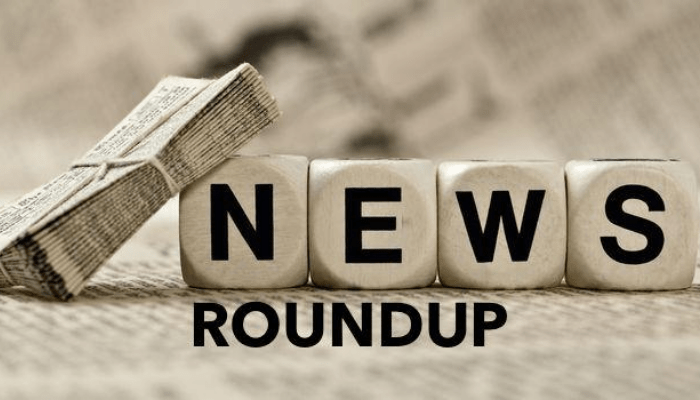 Nigeria, six others home to half of the world’s unbanked population

According to the World Bank’s 2021 Global Findex report, Nigeria and six other countries of the world have been named as home to half of the world’s unbanked population. They include China, India, Pakistan, Bangladesh, Indonesia and Egypt. The report stated that globally, about 1.4 billion adults are still unbanked, they do not have an account at a financial institution or through a mobile money provider. The number has declined from 2.5 billion in 2011 and 1.7 billion in 2017, the report noted, adding that since account ownership is nearly universal in high-income economies, virtually all unbanked adults live in developing economies. China and India claim large shares of the global unbanked population, 130 million and 230 million, respectively because of their size, despite having relatively high rates of account ownership. Pakistan, with 115 million unbanked adults, and Indonesia, with 100 million, have the next-largest population of unbanked.

The federal government has signed a Memorandum of Understanding (MoU) with Israeli and Japanese companies to commence assembling and manufacturing environmentally friendly, green, electric and smart automobiles by 2023. Michael Freeman, Israeli Ambassador to Nigeria, said that the partnership, which he described as a combination of Israeli, Japanese and Nigerian technologies, would help address the many challenges affecting the transport and environmental sectors in Nigeria. “We are talking about bringing electronic motorcycles into Nigeria which will be a programme that is green, environmentally friendly. It offers people a cheap and safe way of transport and even has technology to ensure that the motorcycles are only used for legal and appropriate purposes,” Freeman said.

The federal government has introduced the rotavirus vaccine into routine immunisation to protect against rotavirus infections among children in the country. This is due to the deadly impact of rotavirus-related diarrhoea. Rotavirus is a leading cause of severe, dehydrating diarrhoea in children younger than five years. According to the World Health Organisation, up to 200,000 children die globally each year from the disease. Children are expected to get the three doses of the vaccine orally, 1st dose at six weeks, 2nd and 3rd at 10 and 14 weeks respectively. The programme also aims to avert over 50,000 child deaths in Nigeria, annually.

The United Nations (UN) has warned that if Nigeria’s current low public investment in the education sector remains the same, it is unlikely that it would achieve the sustainable development goal (SDG)-4 global agenda for universal inclusive and equitable basic education for all school-age children by 2030. Thus, the UN has advised the country to increase its budgetary provision from its present seven percent to 20 percent with clear accountabilities on delivery. Mathias Schmale, the UN Resident and Humanitarian Coordinator in Nigeria, noted that Nigeria is the first country to undertake and deliver independent comprehensive evaluations of SDG-3 and SDG-4. Also, the reports indicate how quickly the government has established robust institutional monitoring and support frameworks at the national and sub-national levels to support effective implementation of the SDGs across the whole country.

The high cost of living in Nigeria is having negative effects on private school owners and the cost of running the schools. Elizabeth Ohaka, an educationist and owner of the Redwood Academy lamented that the cost of running and maintaining schools has skyrocketed. “Teachers are agitating for a pay rise while the cost of stationery, fuel, and other maintenance costs are increasing daily. We used to fuel the generator with about N8, 000 a week before and now for three days, we spend not less than N10, 000. It is really tough,” Ohaka said. Amidst all these, the school is increasing its tuition fee by N5,000 however, parents are kicking against it because of the high cost of living. When asked about the level of registration so far, Ohaka explained that students’ registration is low but added that she’s hopeful that more students will come with time.