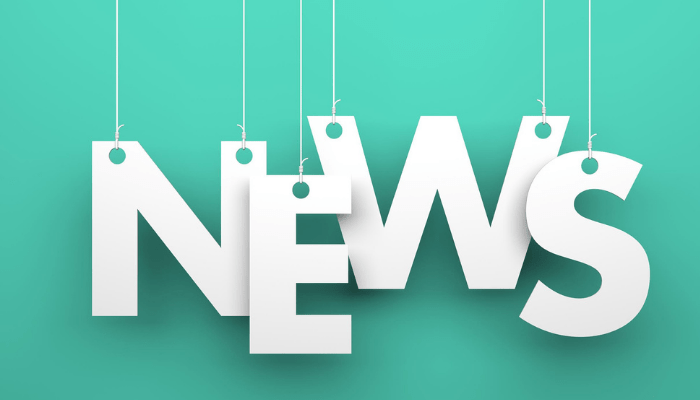 NAFDAC approves Sputnik V, Morderna and Korean Astrazeneca COVID-19 vaccines for use in Nigeria
The National Agency for Food, Drug Administration and Control (NAFDAC) has approved Sputnik V, Modena and Korean-manufactured AstraZeneca vaccines for emergency use in Nigeria.Mojisola Adeyeye, Director-General, NAFDAC, said this on Thursday at a press conference in Abuja. It would be recalled that the Agency had approved the Oxford/ AstraZeneca, Pfizer-BioNtech and the Johnson and Johnson Vaccines. She noted that the though the Sputnik V has not received the Emergency Use Listing Approval from the World Health Organisation (WHO), the agency has carried out full evaluation of the vaccine and found that its benefits far outweigh the risks, hence its approval. The DG said the agency is approving the AstraZeneca vaccines manufactured in Korea because India has stopped shipping vaccines due to the pandemic situation in the country.

Miriam Olusanya becomes first female GTBank Managing Director
Guaranty Trust (GT) Bank has appointed Miriam Olusanya as its Managing Director/CEO, the first woman to occupy the position since the bank was established in 1990. The banking space has seen a more women in leadership positions in recent times. With Olusanya’s appointment, GT Bank joined the list of commercial banks in Nigeria who have women in charge of affairs. Earlier this week, First City Monument Bank (FCMB) announced Yemisi Edun as its MD/CEO. On the 1st of January 2021, Nneka Onyeali-Ikpe assumed office as the MD/CEO of Fidelity Bank Plc. Other women leading affairs at commercial banks in Nigeria include: Ireti Samuel-Ogbu (Citibank Nigeria), Halima Buba (SunTrust Bank), and Tomi Somefun (Unity Bank). Until her appointment, Olusanya was an Executive Director (ED) at the bank. She obtained a Bachelor’s degree in Pharmacy from the University of Ibadan and an MBA in Finance and Accounting from the University of Liverpool. She enrolled for various Executive programmes at institutions such as Cranfield School of Management. She possesses over 23 years of banking experience across various units, including transaction services, asset and liability management, financial markets, corporate finance and investor relations.

2943 persons were abducted and 5800 persons killed in the first six month of 2021 due to insecurity
The Kidnap-for-ransom business is fuelling an abduction epidemic in Nigeria with many persons killed and kidnapped in the first half of 2021. According to data from Nigeria Security Tracker (NST), there have been 2,943 abduction cases and 5800 death cases due to insecurity between January and June 2021. This means about 16 persons were abducted per day while 32 persons were killed per day within the period. However, these are only cases that were reported, the numbers are probably larger. Asides from dealing with the economic hardship of rising unemployment, poverty, and inflation, Nigerians have to pay for leaving their houses as huge ransoms are demanded by kidnappers. According to a report by SB Morgen (SBM) Intelligence, a Lagos-based political risk analysis firm, an estimated N10 billion have been demanded by Kidnappers ($19.96 million) in the first six months of the year. The most reported kidnap cases were recorded in Niger (795), Zamfara (523), Kaduna (479), Katsina (289), Borno (115), Kebbi (103), Oyo (63), Delta (55), Taraba (55), Abuja (52), Edo (37) and Imo (33).

PIB won’t make it to Aso Rock as planned

The most debatable bill in the history of Nigeria’s oil industry may not get presidential assent as planned, as the House of Representatives has stepped down the report of the Conference Committee of the National Assembly for reasons that may not be unconnected with percentage due to host communities. Having delayed the passing of the Petroleum Industry Bill (PIB) for close to two decades, the Nigerian lawmakers appear not to be in a hurry to reform the oil and gas sector, despite the new normal that has changed the course of events in the global energy space and economy. Though no reason was given, the stepping down is not unconnected with the protest over the adoption of Senate approval of 3 percent operating cost by oil companies to the Host Community Development Trust Fund in the recently passed PIB. The speaker called for dissolution into executive session after which he asked the chairman of the Conference Committee from the House and Chief Whip, Mohammed Mongunu to lay the report. The trio of Chinyere Igwe (PDP-Rivers), Boma Goodhead (PDP-Rivers) and Bede Eke (PDP-Imo) were seen visibly angry and shouting that they were not going to accept the 3 percent for host communities. Given the tasking processes bills go through to become law, the PIB, which has become synonymous with missed targets, may miss another deadline despite an ongoing global gospel that a significant amount of crude oil reserves may end up totally worthless by 2035.

South Africa Crisis Worsens With 72 Persons Killed, Over 1200 Suspects Arrested
The crisis over the jail of former South African President, Jacob Zuma, worsened on Tuesday with the police announcing that 72 persons had been killed while 1,234 suspects had been arrested over the incident. Crowds clashed with police and ransacked or burned shopping malls across South Africa on Tuesday with dozens reported killed as grievances unleashed by the jailing of the former President snowballed into the worst violence in decades. Protests that followed Zuma’s arrest last week have widened into an outpouring of anger over the inequality that remains 27 years after the end of apartheid. Security officials said the government was working to bring an end to the violence and looting, which has spread from Zuma’s home province of KwaZulu-Natal to Johannesburg, the country’s biggest city, and its surrounding province of Gauteng. The South African Police Service (SAPS) said late on Tuesday that as many as 72 people had lost their lives and 1,234 had been arrested over the last few days as protests descended into looting and riots. The legal proceedings against Zuma, who is charged with multiple cases of corruption, have been seen as a test of post-apartheid South Africa’s ability to enforce the rule of law.

Dangote Cement acquires 2,000 trucks for distribution of products
To address challenges related to the ease of distribution and availability of cement across the country, especially among its value-chain service providers, Dangote Cement Plc has rolled out over 2,000 trucks for distribution services. With an investment of $150 million, the company took delivery of trucks, trailers, bulk tankers, tippers, cargo trucks and bulk cement tankers. These assets would meet the expected increase in demand for transportation of cement to every part of the country and create employment for over 4,000 people in Nigeria. Besides, Dangote Fertiliser, which recently made a grand entry into the market, has already taken delivery of 500 trucks from Dangote Sinotruk West Africa Limited (Joint venture between Dangote Industries Limited and Sinotruk China) for the distribution of Urea to different States in Nigeria. The newly acquired trucks are expected to improve the efficiency and effectiveness of Dangote Cement Logistics network of distribution nationwide, as the company plans to commission its new cement plant in Okpella Edo state in a few weeks.