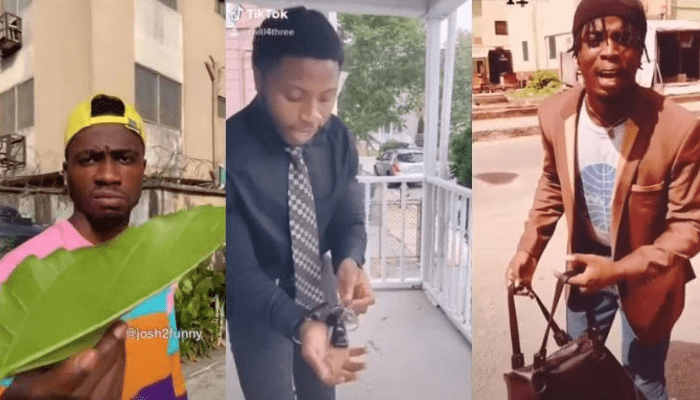 There are currently 3.8 Billion Social Media users in the world which represents 49% of the world’s population

When social media was created no one knew the length it would get to. We just had Whiz Kids that were passionate about changing the world and truly they did.

According to dataportal.com there are currently 3.8 Billion Social Media users in the world which represents 49% of the world’s population. Now this survey was carried out again just as it is July 2020 and more than half of earth’s population are on Social Media. The latest data show that 3.96 billion people across the planet use social media today, equating to almost 51 percent of the total global population.

Let’s put this more into perspective.In a recent research carried out by J. Clement for  Statista, it is estimated that in 2019 there were 24.59 million social media network users as of 2019 and this number is estimated to grow to 44.63 million users in 2025.  You can’t help but believe these numbers with the success of the Big Brother Africa Show hosted by the famous and former BIg Brother winner Chukwuebuka Obi-Uchendu.  In an article written by Premium Times Nigeria, it was disclosed that in the third season of the reality Tv Show, “Double Wahala”, they recorded over 170 Million votes. 170 Million Votes!!! For you to understand the magnitude of this you have to know that In 2016, it was estimated by the Nigeria National Bureau of Statistics that there are 178.5 Million people in Nigeria.

With these data, research and statistics before you you have no other choice but to agree with me that since the inception of  social media it is more likely that an entertainer with an attractive personnel, astounding creativity and the right strategy can become a global sensation with just the click of a button. How to make a bad joke become a global sensation.

In March of 2020 the popular social media superstar Joshua Alfred popularly known as Josh2Funny posted a skit on Instagram, TikTok, and Twitter that consists of a series of puns. With the success of that skit he knew that if he wanted to make it a national sensation he had to get the masses involved so he started the “Don’t leave me challenge” which gave other micro-influencers to express their creativity and leverage on the challenge. Little did he know that it will go beyond the borders of Nigeria.  Currently that video has over 500,000 views on Twitter and it has been recreated multiple times by TikTok users from the United States, Japan, and Europe

This said skit went viral in June, with thousands of social media users mimicking his play on words and employing dry humor in theirs. Joshua Alfred has proven so many times that he is a creative genius in the entertainment and creative industry through the use of social media and also, the success of the “Don’t leave me challenge” cemented his influence and reach in this rich industry (don’t leave me).

In an interview with Techpoint Africa it was revealed that Alfred, alias Josh2funny, made it to the big stages by garnering popularity with social media comedy skits, especially on Instagram. And this was responsible for the successful stand-alone comedy show he hosted in February 2020.

After he won a competition called Project Raw Talent Hunt Competition in 2011 he decided to take his creativity seriously and consistently did stand up comedy from that time till 2015. He knew quite well that when starting out in an industry it is very difficult for people to support or give you a handout. Having that in mind he went ahead to use the power of social media to promote his talents and in fact, the Don’t leave me challenge is his second global trend.  Having said that, becoming a force in the entertainment industry requires a higher level of consistency. Creatives have to be consistent and innovative with their content because there is a fight for attention in the social media space.

There are 24.59 Million social media users in Nigeria and at least 35% of these users are content creators. The only way to stand out in this red ocean of creativity is to create your blue ocean like Josh2Funny did and become consistent in letting people know that you have a blue ocean. This challenge has put Africa on a global map although Africa, Nigeria to be specific is seen as the home and motherland of creativity as we have produced a lot of global icons and industry leaders but the #Don’tLeaveMeChallenge gave the world what it needed the most in times like these – a reason to laugh and become part of something bigger.

Content creators should take a cue from Josh2Funny and start seeing social media as a powerful tool they can use to bring the world closer together. They should start creating intelligent contents that can serve the global community having in mind that there are over 3.9 Billion Social Media users in the world. It’s high time we moved from just creating contents for just Nigerians and Africans and start creating contents for the global audience because… Smart creatives are already doing this and if you don’t get on board, don’t leave me will eventually leave you, if you do not completely realize this is the only way onwards.

Dr. Foy is a content development and entertainment project management professional, with seven plus years’ experience in television, advertising, marketing consulting, international cable networks and the digital economy. His background as a trained medical doctor gives him a unique cross-functional competence. He believes in enduring positive contributions and enjoys working with visionary individuals and companies.