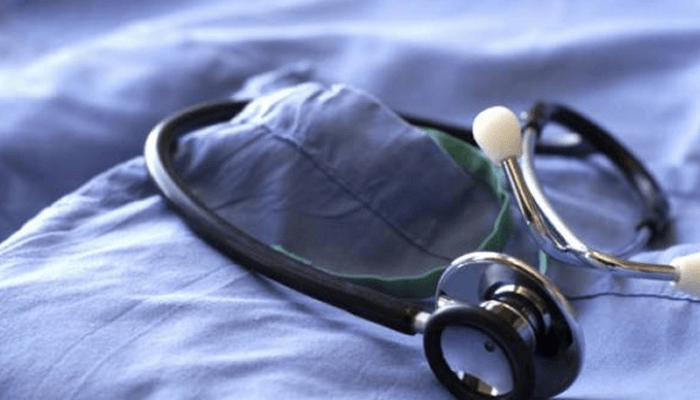 Dr Malik was a surgeon. He was one of the best hands at the City Central Hospital. He was very good at his job and everybody loved him, both staff and patients alike.

He had a way of bonding with his patients, to him this was one way of helping them on their road to recovery, besides it was pertinent that he lives by his oath of office. He swore to be the best and to do his best always, so going the extra mile for people wasn’t a big deal for him. This gesture earned him the name ‘the good doctor’.
One particular incident stood out for Dr Malik. It was something he had never experienced in over twenty years of medical practice. This was something out of the ordinary.

It happened that an elderly couple had been involved in a car accident and their case didn’t look good considering their age, medical history and the extent of the car crash. The situation was quite dicey but Dr Malik was at his best as always.

Over time, the elderly man started to make progress but his wife was still in a coma. His recovery was impaired by the plate which he had in his hips following a previous surgery where he had a hip replacement done.

He was a nice, talkative old man who would engage people in talks for long hours. He told everyone who cared to listen that talking was therapeutic for him because it distracted him from all the pain he was going through. Other nurses and doctors got bored or had an excuse to run off but not Dr Malik, he always had the time and patience to indulge him.

The old man told the good doctor about his only child who died in her early twenties many years ago. She had a blood condition that wasn’t detected on time and it ended up taking her life.

“She was very beautiful” he said. She had long gorgeous red hair. Well, I called it red but she said it was Auburn. (Then he laughed, his queer throaty laughter). And her eyes were the most beautiful blue eyes I’ve ever seen. She was a joy to behold”.

His eyes lit up whenever he talked about his daughter and he did that with so much pride. He described her in glowing words and also expressed how he wished that his daughter had met the charming doctor. She would have made her signature cupcakes as a sign of appreciation for his kindness

“Sometimes I feel her presence around me and I know she’s with me”. He continued

It was natural for people to feel the presence of a loved one that has departed so Dr Malik didn’t think much about what he was saying.

A few days later, the old man was scheduled to have a corrective surgery in his hips but unfortunately, he suffered a cardiac arrest right there on the operating table and died before the surgery commenced. The good doctor was heartbroken. Losing a patient once in a while was inevitable but it always hit him hard whenever this happened. He was really pained.

He watched as close relatives of the old man came to take his remains to be interred while his wife continued to live on life support.

One warm evening after work, Dr Malik did something unusual. He would always take the stairs when leaving the building but for some uncanny reason, he decided to use the elevator that day.
He pressed the button and the door of the lift opened, a young lady was standing inside. Dr Malik said Hi and she gave him a very friendly response. He noticed the lush ball of red hair on her head and he also noticed that she had not pressed any number to indicate where she would stop so he touched a button and the lift began to descend.

“Nice hair” he said to her.

She smiled and said, “thank you”.

“You must be Dr Malik” she questioned

“One and the same” came his reply

“I’ve heard a lot of good things about you. You’re very kind. Thank you so much for all you do doctor”.

“Thank you for your kind words. Thank you”.. he said taking note of her blue eyes.

“I wanted to bake some cupcake for but I was in a bit of a hurry because of my old man. Maybe some other time”.. she added

“That is so thoughtful of you” said Dr Malik

There was something oddly familiar about her. He wasn’t one to forget faces yet he couldn’t remember where he knew her from. She seemed pretty nice.

When they got to the ground floor, the door opened and the doctor was shocked to see the person standing in front of him. He blinked a few times to make sure he wasn’t just imagining things.

He almost jumped out of his skin when he realized that it was actually his dead patient standing right before him. Yes, this was the same old man that died on the surgery table a few days ago. Fear ripped through his body like a scissors going through a fabric. His eyes bulged out of their sockets, his palms were sweaty, his heart was prouding and he felt faint.

The old man was waiting to enter the lift. He locked eyes with the doctor then he flashed his toothless smile. He winked at him and laughed. That familiar queer throaty laugh. The doctor screamed and randomly hit a button sending the lift back up.

The lady in the elevator asked him why he was going back up and in his shaky voice he tried to explain to her that the old man they just saw used to be his patient until a few days ago. He was dead and this was obviously his ghost.

The lady calmly reiterated that he didn’t have to run away from a harmless old man.

Dr Malik looked at her with shock written all over his face. He wasn’t sure she understood what he was saying so he asked her, “did you understand anything I just said?”

“That harmless old man as you call him is a ghost, don’t you get it?”

She nodded, “I heard you clearly the first time Dr Malik, I heard what you said ok.. I know who the old man is. He is my father and we came together. We are here to take Mama home with us. I’m sure Papa didn’t mean to scare you like that.

My eyes widened in shock.. no wonder she looked so familiar. The red hair and blue eyes… and the cupcakes. Oh no!!!

I was running away from a ghost on the ground floor and here I was, trapped in the elevator with another one. I didn’t hear the rest of what she was saying because I fainted.

If I ever make it out of this elevator alive, I will never be kind to any of my patients again.